There’s a monumental scene from “Portlandia” that all too accurately depicts what it’s like to see red in the toilet bowl and — in a moment of panic — forget that you’ve recently eaten beets.

Beets and beyond, there are some foods that tend to change the color of your stool. Sometimes a strange color can be a sign of a health issue — and when it’s accompanied by other symptoms, it may be a reason for concern. But it’s important to keep in mind that sometimes food is the culprit of a wacky poo.

“Stool is made up of everything we eat, so basically what goes in, comes out,” Lisa Ganjhu, a clinical associate professor of medicine at NYU’s School of Medicine, told HuffPost.

“The digestive process with the enzymes and bile will change the stools to a general tone of brown,” she said, noting that stool color tends to range from a light brown to a dark brown because the food gets mixed with bile pigment to help with digestion.

So the next time you see something a little irregular in the bowl, think about whether you’ve consumed any of the foods below before you start to worry. 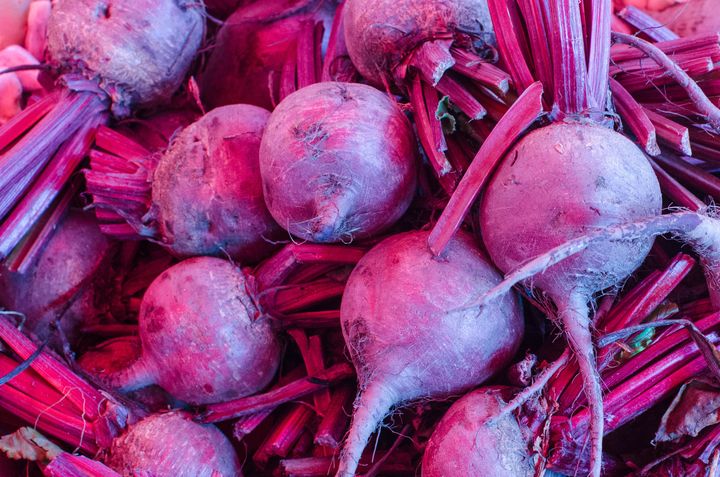 The aforementioned root veggie causes many people’s poop to turn a dark red color that can sometimes look like blood. Scary!

Red beets contain betacyanin, which is what gives them their deep hue. While the digestive process breaks down most chemicals in ways that make them lose their colors, betacyanin is processed differently for different people. You may or may not notice a red tint to your poop (and pee!) post-beet-fest.

If you were indeed eating beets in the last few days before your reddish poop, you’re most likely in the clear. If you notice red streaks in your poop and have not been consuming beets (or any other red food items on this list), it could be blood. In this case, it’s best to consult with your doctor right away about what to do next.

If you like to load up on greens like spinach, broccoli and lettuce, your poop may reflect that. Foods that contain a lot of chlorophyll, a green pigment present in many naturally green foods, may end up coming out in a color similar to the one they first began.

Green poop is usually benign, but it may sometimes be an indication of a potential health problem, according to Live Science. Infections like salmonella may sometimes lead to green stool — but these are often accompanied by other issues, including diarrhea, stomach cramps and fever. Chances are if you’re feeling healthy and not experiencing any other symptoms, your green doo is just a sign that you’ve been eating your veggies. 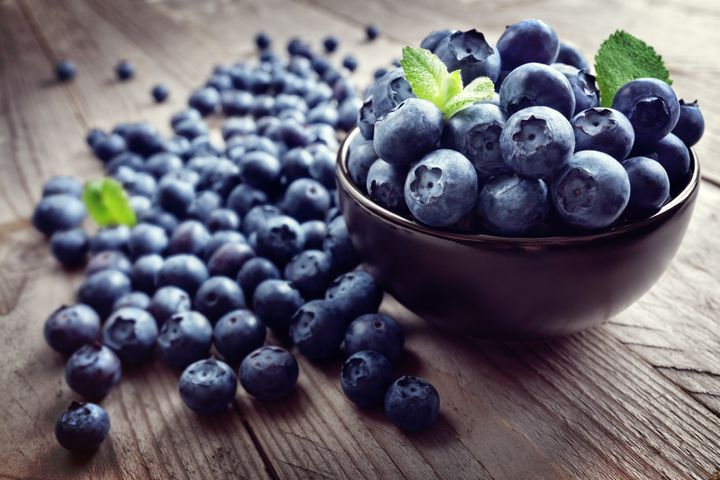 The color is in the name, so don’t let yourself be too surprised if your poop is having a Smurf moment after you’ve been noshing on blueberries. These small-but-potent berries may color your feces with a blue or black tinge; some people have reported seeing green from eating blueberries as well.

You know your poop is just reacting to your diet if you see a color change after loading up on berries. There is, however, a rare condition called porphyria that can lead to bluish-purple waste. The disorder often shows up with other symptoms, including nausea, breathing problems and seizures, according to the Mayo Clinic.

In 2017, Oreo and Peeps teamed up to make Peeps Oreos, a novelty snack with a bright pink filling. Almost as soon as the product launched, people reported (on Twitter, naturally) pink poop.

The cookie sandwich relied on erythrosine, also known as Red No. 3, to get its bubble gum pink color that drew people to it in the first place. The body does not break down artificial coloring, Anish Sheth, a doctor specializing in gastroenterology told Mic back when the pink cookie debacle first surfaced.

It’s the same reason that Burger King’s black Halloween burger turned consumers’ stools green back in 2015; a combination of blue, red, yellow and caramel-colored food dyes turned the burger bun black but resulted in green-colored stool because of how the dyes were digested and mixed with other fluids in the body. Science! It’s cool. The green poop certainly gave consumers a shock, but was ultimately nothing to be concerned about. 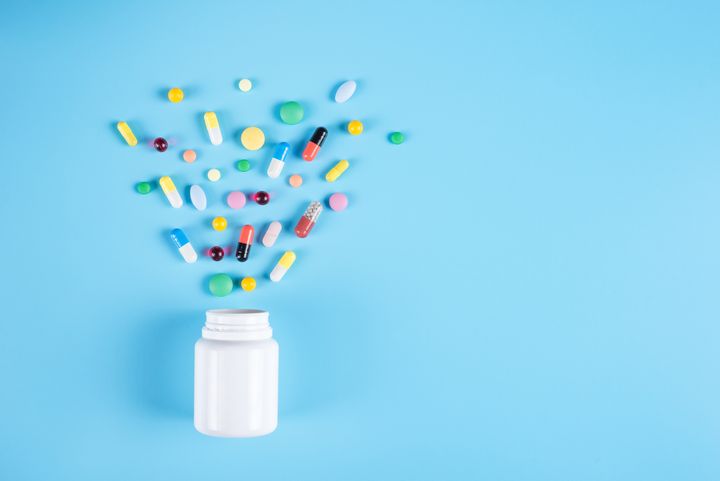 OK, this isn’t a food necessarily, but it is something you ingest so it’s worth mentioning. Certain medications may have an effect on your stool color.

Bismuth subsalicylate, the generic name for Pepto-Bismol, can make both your saliva and your poop go a little goth — but the change is temporary and harmless. Radiogardase (also known as Prussian blue), a medication that helps remove radioactive compounds from the body, may cause a person’s poop to turn blue for as long as the medication is taken.

Bottom line: If you know you ate something suspect, you’re probably OK. But if you’re slightly worried, it’s best to call up your doctor just to rule out any concerns.

While the color of your stool often reflects what you’ve been eating lately, certain colors, including white, black or red, can signal a more serious concern, according to Ganjhu. White, pale or gray stool is an indicator of a biliary obstruction.

“That means the bile duct can be blocked by a stone, a mass or cancer,” she said. “The bile is not making its way to the GI tract and the bile pigment is not getting mixed in with the stool.”

And black stool can be an indicator of digested blood. “If someone had a bleeding stomach ulcer, the blood makes it way down the GI tract, gets digested with enzymes and turns black,” Ganjhu said.

When stool is bright red or bloody, it’s possible there is bleeding from the upper gastrointestinal tract. If brown stool contains a streak of blood, Ganjhu said, an ulcer, hemorrhoid or fissure could be a possibility, as can colon cancer. In the case of any of these funky poop colors, Ganjhu said it’s a good idea to be medically evaluated as soon as possible.

“The rest of the rainbow of stool color are based on your diet or what you put in your system,” she said. “When in doubt, please see a doctor.”

Leaving education early could raise your risk of...