IT WAS NEARLY DARK, but firefighter Paul Malenczak could still make out the wisp of smoke funneling through a window in the third story of the apartment building. Moving fast, he climbed a nearby fire escape in his coat, helmet, and breathing apparatus. He broke a window and stepped inside, right where the smoke seemed thickest.

It was smoky but not that smoky, so Paul let the rest of his team in and took off his mask. That was nearly four decades ago—April 1982—and the men of Ladder 132 in Crown Heights, Brooklyn, rolled hard and felt invulnerable. Some smoked Camels all day and hung off the back of the truck as it banged toward blazes. Small things like ditching your gas mask to move faster? It wasn’t even a calculation.

Except there was no fire. The smoke came from a grenade that had detonated phosgene, a lethal choking agent. (They’d learn later that a resident’s ex had targeted the place.) After 30 minutes, Paul, who had been there the longest, couldn’t breathe without coughing—his lungs weren’t pumping oxygen into his bloodstream. 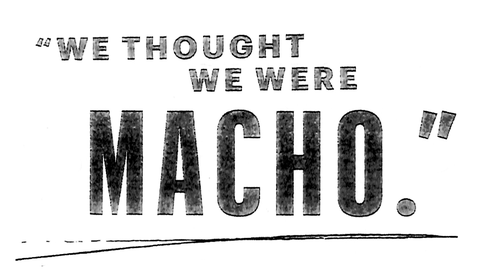 Just a few miles away, the phone rang at Ladder 147 in Flatbush, Brooklyn. Firefighter Phil Malenczak, Paul’s identical twin brother, took the call and was confused to find his mother on the other end. She was matter-of-fact. “Do you know Paul’s in the hospital?”

He remained there for several days, at one point looking up to see a priest hovering over him. “Oh, this is a surprise,” he managed. “What’s up, Father?” Paul was 31 years old, and the doctors were still racing to figure out what he had been exposed to so they could treat him. Anyone in that position would have been terrified, but Paul only volunteers that it all felt surreal. Yes, he gave his last confession.

Which is to say that in early 2019, he was surprised to find himself in another hospital, facing a new kind of discomfort. He had his legs up in stirrups, as a doctor aimed a long needle toward his taint. During a regular checkup just a few months earlier, the doctor asked Paul if he had ever had his PSA tested. That same day, Phil’s phone rang. “Phil, you should have your PSA checked,” Paul told his brother. “Mine’s high. Maybe you are, too.”

YOU’VE HEARD OF PSA; it stands for prostate-specific antigen, a measurement that doctors use as a signal of prostate cancer. While the PSA test isn’t perfect, anything above 4.0 ng/mL could be a sign of trouble. Paul’s PSA was 14. Within a few months, Phil went for a checkup and scored an 8. The results plunged the twins into a world of uncertainty, the sort that many men just plain skip doctors to avoid. 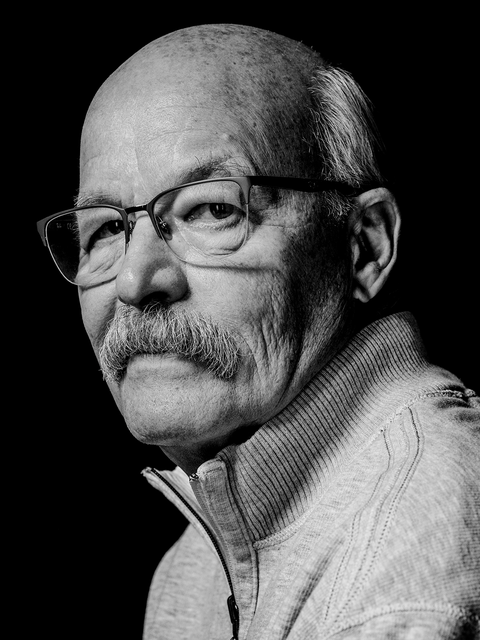 The Malenczaks, now 68, are tall, thick, and sturdy-looking guys. Both are mostly bald, with thick white mustaches and even thicker New Yawk accents. After the gas accident, Paul was medically discharged from the fire department, and Phil eventually retired. They now bartend at the same golf club on Long Island and fish together in their off time. You might be inclined to say that old age has made them careful about their health, but that’s not true. Phil considers the gas attack the turning point. “It was the first time we were ever sick,” he says, still thinking about them as a unit. For days he’d thought just one thing: This could be the end of my brother.

Fighting fires or not, men are conditioned to ignore some risks. Self-care isn’t part of the tough-guy manifesto. You go to work with a cold, put off therapy because you’re white-knuckling deadlines, ditch the equivalent of your breathing apparatus in situations that feel like just a “light smoke” level of danger. Phil agreed with Paul’s decision back then. “We thought we were macho,” he says.

But by the time Paul got his PSA score, ignoring risks wasn’t in either’s game plan anymore. “I’m too young for this nonsense,” he told himself about all the appointments. But he refused to skip them. He went ahead with a biopsy, then spent two agonizing weeks wondering if he had cancer, and if the cancer would kill him.

He also worried about losing Phil if it turned out his twin was sick. “It was brutal,” Paul says. “It’s on your mind, and you have to work. You have to put on a happy face to the members of the club, because they don’t want to see a cranky bartender.” Phil still worked out five days a week and felt fine but agreed to get tested, too. He’d spent too much time on WebMD. “You always paint the bleakest picture. I thought, I have to go and get this checked out.”

Phil’s MRI and biopsy occurred several months after Paul’s, so the duo got Paul’s news first. His phone vibrated during a shift at the club. It was stage II adenocarcinoma, the most common type of prostate cancer. In a way, they were both relieved. They understood what was happening now, and could figure out how to fight it. In early December, Phil and Paul went to visit Phil’s daughter in Boston. They were riding in an Uber down Newbury Street when Phil got the results: He had three suspicious regions in his prostate. He had intermediate-risk adenocarcinoma—the same as Paul, but more extensive.

“We’re not emotional people—there was not any hugging or crying or tears in the middle of Newbury Street,” Phil says. Each wanted the other guy to get on with it.

NEARLY 175,000 GUYS nationwide are diagnosed with prostate cancer each year, and about 32,000 die from it. Men over the age of 65, especially African Americans, are at higher risk. To guard against the disease, the U.S. Preventive Services Task Force recommends that men 55 to 69 with average risk discuss PSA testing with their doctor. (If caught in the early stages, there’s a nearly 100 percent five-year survival rate; by stage IV it’s only 30 percent.) 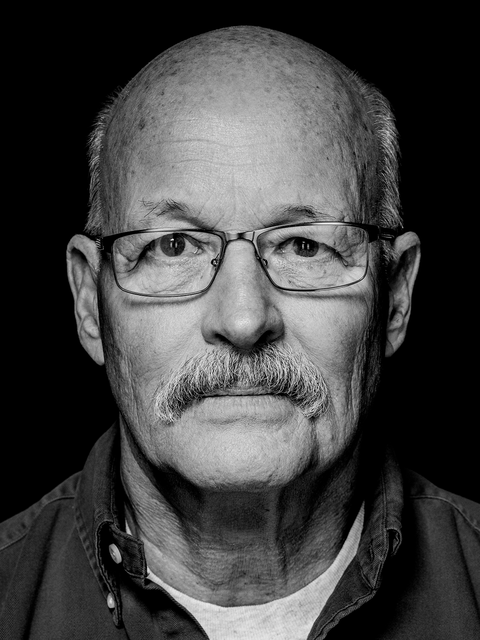 James Wysock, M.D., the urologic oncologist at NYU Langone Health’s Perlmutter Cancer Center who first treated the twins, considers their take-charge attitude too rare a form of grit. “I have a lot of anecdotal experience with men being very hesitant to follow through on some of these evaluations,” he says about PSA alerts.

The Malenczaks assessed their treatment options together. Surgically removing the prostate was invasive and required a longer recovery time. Conventional weeks-long radiation therapy could limit available remedies if their cancer ever returned. Ultimately, they went to NYU Winthrop Hospital on Long Island for stereotactic body radiation therapy, a fiveday course of precise radiation delivered by a machine called the CyberKnife. 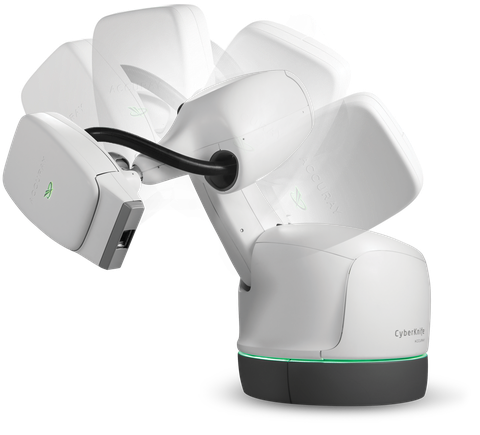 Because his cancer was more extensive, Phil was also given hormone therapy to shrink the prostate before he started radiation. Paul seized the chance to lead the charge again, so it was stirrups time. The doctor needed to jab a needle between his scrotum and anus to implant four grainof-rice-sized fiducials, the metal markers that help direct the CyberKnife.

The treatment itself sounded easy, if you don’t count the daily enemas. But your perineum is full of nerve endings, so the pain was excruciating as the implants sank in. Naturally, Paul told Phil exactly what to expect. “This poor nurse, I thought I broke her hand,” Phil says about his turn.

Jonathan Haas, M.D., the radiation oncologist at NYU Winthrop who did the twins’ CyberKnife treatment, responds diplomatically. “When I saw Phil, he told me Paul had already walked him through the process,” Dr. Haas says. “You can’t have a better support system than that.”

The duo drove each other to the procedure. The more they learned, the more they wanted to share with others—earnestly, in the straightforward manner that’s pure Malenczak, even if it might make people squirm. When a friend at the gym asked Phil how it was going, he replied, “Well, I have prostate cancer.” Paul did the same at the golf club. Then both dived into the details of their treatment. Now that they’re healthy, no “What’s up, man?” is safe from oversharing. Every conversation ends the same: Go get your prostate checked.

Will other men actually listen? Social psychologist Amber Gaffney, Ph.D., thinks so. The Malenczaks’ actions align with a principle called vicarious dissonance. It isn’t always easy, but when people with entrenched behaviors see an “ingroup” peer acting differently, they feel uncomfortable and may be more willing to change, she says. Telling friends that macho means caring for yourself so you’re around to help others is that kind of bold.

On a recent day, Paul and Phil visited Ladder 147, where their other brothers gathered around the back of a cherry-red truck to rehash the glory days. After all the stories and jokes, Phil took one man aside to do his PSA on PSA checks. The younger firefighter listened carefully, shifted his weight, and offered a question that showed he wanted to know more.

“That was just from a blood test?”