Dementia is the name given to a group of symptoms linked to an ongoing decline in brain function. You could be raising your risk of the neurodegenerative condition if you usually sleep on your stomach, it’s been claimed.

One of the best ways to protect against dementia is to regularly sleep on your side, it’s been claimed. 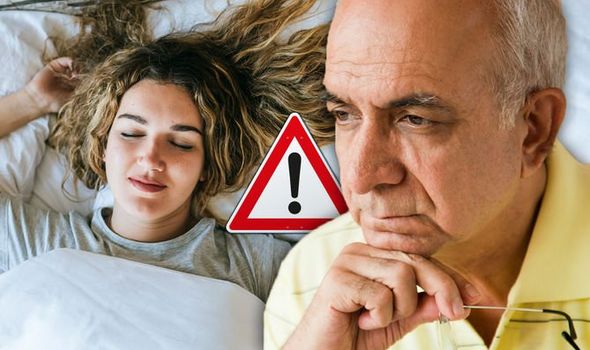 Sleeping on your front could be raising your chances of developing Alzheimer’s disease in later life, warned posture expert Dr Steven Weiniger.

When we’re asleep, the body tries to get rid of excess toxins and unwanted chemicals.

If you sleep on your front or sitting up right in a chair, the body struggles to get rid of these toxins.

It’s these very toxins that accumulate over time, and may contribute to your risk of dementia.

“Gravity is a big factor in a mechanical system with pipes and valves that’s moving fluids, so it’s not surprising that sleeping sitting up doesn’t let waste drain efficiently,” he wrote for PosturePractice.com. “Neither does stomach sleeping.

“Sleeping on your back is somewhat better. However, for best flow to allow the glymphatics to drain fluid and the buildup of toxins, the researchers recommend lying on your side.

“In other words, over decades sleep quality, quantity and position can play a really big role in how you age – as well as your risk for many illnesses.

“It’s a strong reason to prioritise a good night’s sleep as a vital facet of overall health.” 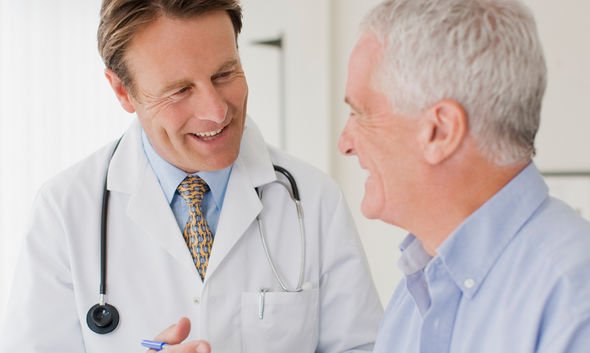 Making sure that you get a good quality night’s sleep is also important to protect against dementia, he added.

If you regularly wake up in the night, you’re not giving the brain enough time to ‘clean’ itself.

The brain needs to switch off for a period of time to get rid of the daily ‘junk’ it accumulates.

But just because you wake up often in the night, or if you usually sleep on your stomach, it doesn’t necessarily mean that you’re 100 percent going to develop dementia.

Eating a healthy, balanced diet should help to lower your chances of developing dementia.

It’s also important to do enough exercise. Everyone should aim to do at least 150 minutes of moderate-intensity activity every week.