There is growing evidence that the way we fuel our bodies affects not just our physical health but our psychological health too.

But, while plenty of diets purport to improve mood, a new Australian study has come back with a simple message: if you want to feel better, eat less junk. 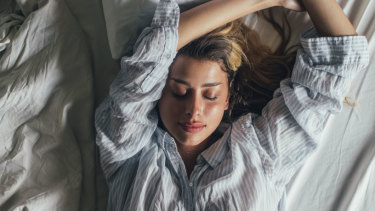 A change in diet is a simple, cost-effective way of reducing the risk of depression.Credit:Stocksy

The large study, published in the journal Psychosomatic Medicine on Wednesday, found a healthier diet can significantly improve symptoms of depression.

Researchers at Western Sydney University analysed dietary interventions in nearly 46,000 people participating in 16 different trials across the world. They found no one health diet worked better than another, rather, simply replacing junk food with whole foods alleviated low mood.

It was already known that poor diet can negatively impact mental health, but there was previously a lack of evidence about the impact of improving diet on ill mental health.

“This is actually good news,” said lead author, Dr Joseph Firth of the NICM Health Research Institute at Western Sydney University. “The similar effects from any type of dietary improvement suggests that highly-specific or specialised diets are unnecessary for the average individual.

“Instead, just making simple changes is equally beneficial for mental health. In particular, eating more nutrient-dense meals that are high in fibre and vegetables, while cutting back on fast-foods and refined sugars, appears to be sufficient for avoiding the potentially negative psychological effects of a ‘junk food’ diet.”

Foods high in sugar or fat activate the brain’s reward system, making us feel good, but the effect is temporary.

“The 'comfort' afforded by indulging in junk food could potentially lead to a vicious cycle for those who become dependent on eating high fat/high sugar foods to temporarily boost their mood – but to their long-term detriment,” Dr Firth suggested, adding this hypothesis needed to be investigated.

The positive effects of swapping junk foods for nutrient-dense foods were greatest among women, which Firth said may be because of biological differences, social factors, or could be driven by higher rates of depression among women.

In 2017-18, about one in five Australians experienced a mental illness; 13.1 per cent had anxiety and 10.4 per cent felt depressed, with women twice as likely to report these feelings.

“At the same time, we know that Australians have room to improve their diets, as just 5.4 per cent of adults meet the recommendations for the number daily serves of fruits and vegetables as per the Australian Dietary Guidelines,” said Dr Carly Moore, an associate lecturer in Nutrition and Dietetics at Flinders University.

“Fruits and vegetables contain many important nutrients including fibre, vitamins and minerals, as well as phytochemicals like polyphenols, and a variety of these foods should be consumed daily for good health.”

While the researchers said they need to do further research to understand the pathway underlying the effect, previous research has found that our microbiome (the community of bacteria in our guts) is “strongly associated” with mood-relating behaviours, including major depressive disorder. Changing our diet is a simple and effective way of shifting the balance of bacteria in our bellies.

The current analysis focused on people without clinical depression (people who had symptoms of depression, like "feeling down" or low mood, but were not being treated professionally) however, previous research has found that dietary improvements are both cost-effective and lead to better outcomes for those suffering clinical depression.

“Importantly, it's not an either-or question: diet and exercise improvements provide benefits to the whole person, including their physical health, in addition to other treatments [not instead of],” said Professor Felice Jacka, director of Deakin University's  Food and Mood Centre.

“This meta-analysis, combined with recent meta-analyses showing that a healthier diet is associated with a reduced risk of depression make policy change to address our terrible food environments an urgent imperative. We need to make healthy food the cheapest, most accessible and most heavily marketed, which is the opposite of the situation we have currently.”