Doling out dietary advice is a dangerous game if you are a member of the Royal family – just ask Marie Antoinette.

Yet on yesterday’s Today programme, on BBC Radio 4, Prince Charles bravely entered the fray. Asked what advice he would give to future subjects keen to do their bit for the environment, he said: “The business of what we eat, of course, is important. For years, I haven’t eaten meat or fish on two days a week. I don’t eat dairy products on one day a week. Now, that’s one way to do it. If more did that, you would reduce a lot of the pressure on the environment.” 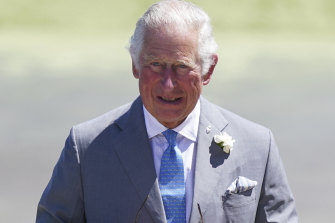 But is this advice based in science? Just how much meat and dairy should you eat when trying to balance your body’s needs against the health of the planet?

Here’s what we know for sure: the way we currently eat poses a major problem for the future of the planet. At the moment, food production is responsible for more than a quarter of all man-made emissions, around 13.7 gigatonnes each year.

Not all foods have the same footprint, however. This summer, the UN’s Food and Agricultural Organisation found meat and dairy accounted for 14.5 per cent of greenhouse gas emissions. That’s the same as all of the world’s cars, HGVs, aircraft and ships. Even if you buy the most ethical organic beef, it will be responsible for six times more greenhouse gases than had you chosen the equivalent quantity of a plant-based protein.

So is it time we all took a leaf out of Charles’s book and gave peas a chance?

The data seems persuasive, not only for the planet but for our health, too. The World Health Organisation has long classified processed meat as a carcinogenic, while the 2020 Lancet Countdown on health and climate change found that our overeating of red meat was causing almost a million deaths every year.

In March, academics from Oxford University published the results of a study showing that eating red meat, processed meat or poultry three times a week or more was linked to raised risks for nine different illnesses.

How much meat, then, is too much? The NHS in the UK recommends that anyone eating more than 90 grams of red and processed meat a day should cut back to 70 grams, to help reduce your risk of bowel cancer. For reference, the average steak is around 220 grams. Others, however, go further.

In 2019, 37 leading scientists from across the globe attempted to design a diet that would balance the planet’s needs against our own nutritional ones. Finding that “unhealthy and unsustainably produced food poses a global risk to people and the planet”, the Eat-Lancet Commission proposed what it called a “planetary-health diet” involving “a greater than 50 per cent reduction in global consumption of unhealthy foods, such as red meat and sugar, and a greater than 100 per cent increase in consumption of healthy foods, such as nuts, fruits, vegetables and legumes”.

Picture half your plate piled high in fruits and vegetables, the other half primarily packed with wholegrains, plant proteins (beans, lentils, pulses, nuts) and unsaturated plant oils. You are allowed a glass of milk every day, but your eggs are rationed to one-and-a -half a week, while fish is limited to two portions a week, red meat to a weekly burger or a monthly steak.

In fact, the report concluded that “optimal intake might be 0 grams/day”.

Not everyone, however, agrees that plants are the perfect fix. “If you want to be a vegan, then that’s quite rightly a matter of personal choice,” says James Goodwin, director of science and research impact at the Brain Health Network and author of Supercharge Your Brain. “But do look at the science.” Cutting back on meat is a good idea for most people, he says, because too much of either puts oxidative stress on the body, leading to cell and tissue damage and poor cardiovascular health. It is also beneficial if it helps you to diversify your diet, he points out, since around 75 per cent of the West’s food is now derived from just 12 plant and five animal species.

On the other hand, our dietary needs are embedded in millions of years of meat eating. Essential nutrients, Goodwin says, that are either not available in a vegan diet or are unavailable in sufficient amounts include four amino acids (lysine, threonine, methionine, tryptophan); three omega-3 fatty acids (DHA, EPA, DPA), vitamin D3 and vitamin B12. All of these are found naturally in meat, animal products like eggs, cheese, milk, yoghurt or in fish.

Children’s healthy development depends on adequate supplies of these nutrients, most easily available through eating meat. At the other end of our lives, our digestive systems become less efficient at extracting nutrients. So as we age, meat may once again become a valuable source of nutrition.

Evangeline Mantzioris, programme director of Nutrition and Food Sciences at the University of South Australia, points out that pre-menopausal women need particularly large quantities of iron in their diets (around 18 milligrams a day, to men’s 8 milligrams). To get that quantity in while limiting your red meat to the 14 grams daily serving suggested in the planetary health diet, she suggests, you would need to consume 100 grams of brown lentils or 150 grams of red kidney beans each day.

Men, meanwhile, need more zinc (14 milligrams a day, compared with women’s 8 milligrams). Beef is high in zinc, but cut your meat back to the planetary diet ideal and you could get your daily requirement from “150 grams of red kidney beans, 30 grams of zinc-supplemented cereals, three slices of wholegrain bread, and a handful of mixed nuts”.

Giving up meat entirely may have unintended consequences for your carbon footprint, however, especially if you struggle to resist a cheese board. According to analysis by the US non-profit Environmental Working Group, lamb and beef are the highest emitting foods by a long way, but cheese ranks third, generating 13.5 kilos of carbon dioxide equivalent per kilo consumed.

In fact, a study published last year by Johns Hopkins University found that those who eat two exclusively plant-based meals a day, but allow themselves meat and dairy in their third meal, might have a smaller footprint than those who give up meat entirely but replace it with dairy products.

The average healthy “two thirds vegan” diet was found to contribute the equivalent of 762.7 kilograns of carbon dioxide emissions per person, compared to 1,265.2 kilograms for a vegetarian diet that included dairy.

“Eat food. Not too much. Mostly plants.”

Meanwhile, cows are staging a comeback in environmental circles, too, with some now arguing that the carbon hoof-print of a grass-fed cow is significantly lighter than that of its intensively farmed cousin, since their grazing lands actually store carbon, helping to offset their impact.

Sound complicated? Perhaps it needn’t be. Prince Charles’s moderate approach may be just right. But Michael Pollen put it most pithily in his book In Defence of Food: “Eat food. Not too much. Mostly plants.”