We know enough to know that perimenopause is real, it can have significant impacts on some women, and it needs to be taken seriously by women, their families and their doctors. We also know this is not always the case. 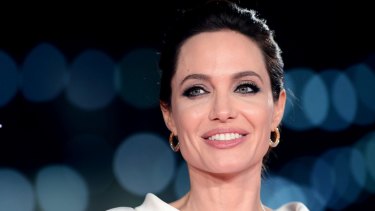 Angelina Jolie entered menopause early due to radical, cancer-preventive surgery. She has said she “loves” being in menopause.Credit:Dave J Hogan

As recently as 2014, there simply wasn’t enough information available to establish the prevalence or severity of menopausal symptoms in Australian women. Which is just another way of saying that there wasn’t enough interest (or funding) in women’s health to find out this kind of vital information.

Dr Amanda Newman, women's health specialist GP at Jean Hailes for Women's Health,  says perimenopause is far more common among women in their mid-forties than people think. “Often women think, they’re too young to experience menopausal symptoms”, she says “and they’re right, but perimenopause can start years before menopause and the symptoms can be severe in some women”.

Dr Newman says the research is far enough advanced that diagnoses and treatments are available. She says a GP is always the first port of call and can be a good resource, but any women who feel they’re not getting the help or understanding they need from a GP should not give up.

Perimenopause can start years before menopause and the symptoms can be severe in some women.

Women who are having trouble finding a doctor who understands perimenopause can check the Australasian Menopause Society  which has a list of doctors with an interest in women's health in midlife and menopause.

In most cases there’s no reliable blood of testing for perimenopause because the primary underlying cause is hormonal fluctuations. A woman whose hormones show as normal one week might experience a surge of oestrogen the next week or plummeting levels of progestogen another week. Each of these can bring their own symptoms.

Other women could experience their normal hormonal movement for months during perimenopause and then suddenly have bursts of symptoms. Short of undergoing daily blood tests for years, it can difficult to pinpoint exactly where an individual woman might be in the transition between pre-menopause, perimenopause and menopause, although this may not be true of women in their twenties or thirties who experience early menopause and require early diagnosis and treatment.

Most perimenopausal women are diagnosed by understanding the interaction between age, changes in menstrual cycle and the symptoms of perimenopause, which according to research by Jean Hailes,  include some or all of the following: Hot flushes, night sweats, difficulty sleeping, breast tenderness, itchy/crawly/dry skin, exhaustion, trouble concentrating, irregular periods, vaginal dryness, decreasing sex drive, migraines, more pronounced pre-menstrual tension, mood changes (feeling teary or irritable), chronic or increased anxiety, weight gain (despite no changes to diet or exercise).

The difficulty with any or all of these symptoms is that they can also be attributed to the complicated lives many women in their forties are facing. Teenage children, aging parents, increasing unpaid domestic labour, likelihood of divorce , precarious employment  and concerns about financial security as they head toward retirement.

Many women blame these stresses, or simply the inevitable slowing down as we get older for symptoms some doctors believe are actually attributable to perimenopause. Experts advise that women who experience these symptoms or who have noticed changes in their menstrual cycle should consult a doctor.

Dr Newman says doctors can help with lifestyle factors such as lack of exercise and sleep, which do cause problems on their own but can also interact with hormonal changes to increase the severity of perimenopausal symptoms. She also says hormone therapy may be more beneficial for women if they’re started in perimenopause than if it’s left until after women have had their last period.

Hormone therapy can be as simple as using the contraceptive pill or can include other forms of hormone replacement therapy. Dr Newman says the risks and benefits of hormone therapy are far better understood now than they were twenty years ago. The key factor is understanding the history and symptoms of each individual woman, which can only be done in consultation with an experienced doctor.

Women in their forties who are exhausted, anxious, irritable or gaining weight could easily feel that finding a doctor who takes their symptoms seriously is just one more task on a seemingly neverending to-do list. This, however, is the kind of self care we need to do, more important than a hot bath and more life enhancing than a scented candle. It’s about making the time to improve our long term quality of life.