Opening the door of his London home, Bill Oddie is just as millions know him from the TV — excitable, jokey, a little rumpled. Unexpectedly, though, despite having had a knee joint replacement only four weeks ago, he’s not on crutches or even using a walking stick.

‘I’m using a stick for going out in case I trip over, but not at home or in the garden,’ says Bill, 77. ‘Three weeks after the operation, my surgeon examined my knee and said: “That’s great.”

‘I said: “You’re just flattering yourself because you did it,” but he said in terms of recovery and how I’d regained my range of movement, I was in the top 5 per cent of his knee replacement patients.’

For at least six years since being diagnosed with osteoarthritis — where the cartilage breaks down causing the bones of the joint to rub together — Bill had lived with the pain all too familiar to many of the nine million Britons with the condition. 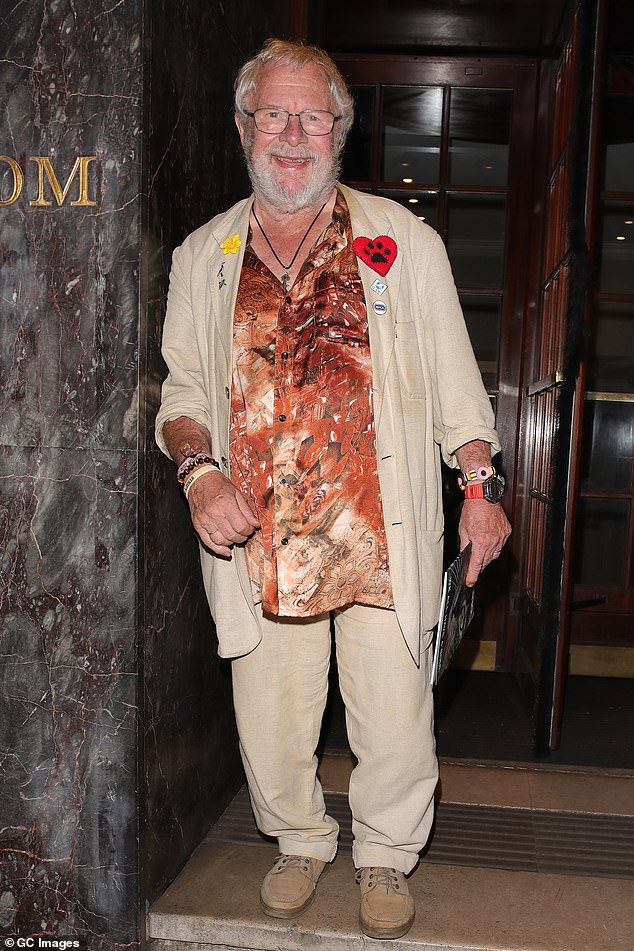 For at least six years since being diagnosed with osteoarthritis, Bill Oddie had lived with the pain all too familiar to many of the nine million Britons with the condition

His knee was also unstable, tending to ‘give way’ — in the past year he’s had several nasty falls.

But where his story diverges from the typical arthritis tale is that the root of his particular case goes back more than 40 years to a sports injury — followed by a type of surgery that ‘caused’ his later arthritis.

Bill, an enthusiastic sportsman since he was young — ‘I was captain of just about everything at school’ — was playing a lot of charity football at the height of The Goodies fame. In the warm-up to one match in the late Seventies, when he was in his 30s, his right knee gave way.

‘I pushed the knee to get it back in again and tried to go on but it collapsed again,’ he recalls.

Not long after he underwent surgery to ‘remove excess cartilage’. ‘I recovered well and continued to play some sports, like tennis, often with a crepe support bandage to stop my knee collapsing,’ he says.

Bill has now learned the surgery he had all those years ago involved removing a meniscus disc.

There are two of these triangular wedges in each knee — they poke into the joint, acting as a cushion to protect the cartilage, which lies above the meniscus and coats the bones to help them glide smoothly across each other.

Bill had torn the meniscus on the inner side of his right knee, and up until the early Eighties, a damaged meniscus would be completely removed, explains Adil Ajuied, a consultant orthopaedic surgeon at Guy’s and St Thomas’ Hospitals NHS Trust, in London. 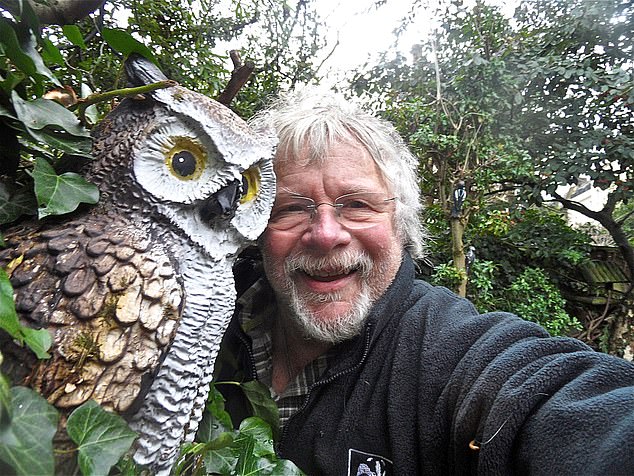 However, this then popular surgical technique had an unintended long-term effect, predisposing patients to arthritis. ‘The unfortunate effect of removing the meniscus is to remove the shock absorber,’ adds Mr Ajuied, who carried out Bill’s recent knee replacement privately at the Fortius Clinic.

‘Without this shock absorption, half of Bill’s knee would have seen six to ten times more force go through it, the equivalent — as studies have shown — of up to ten times his bodyweight, so it would have worn out more quickly.’

It seems Bill has done extraordinarily well not to need a new knee until now, as many patients who had their meniscus removed needed knee replacements within ten to 15 years. Such patients are still coming through for knee replacements, says Mr Ajuied.

Why Bill has done so well could be due to many factors, including the quality of the cartilage he inherited. The fact that his left knee hasn’t even a twinge makes it likely that his football injury surgery was the cause; without it he might have avoided arthritis altogether, or had it only mildly, with age. A meniscectomy was the gold standard treatment of the time. ‘We can’t say “what were those old codgers doing then?” ’, says Mr Ajuied. ‘It enabled Bill to get back to sports and be active but the price he paid is arthritis.’

Today a torn meniscus is treated in a day procedure where the tears are simply trimmed — ‘you walk out that day and you’re on crutches for only one or two days’, explains Mr Ajuied.

As well as a life-threatening attack of peritonitis — an abdominal infection — in the mid-Seventies, Bill’s other major health concern has been bipolar disorder, diagnosed about 15 years ago, and for which he takes lithium.

It ran in the family. ‘I’d come home from school to find my mother attacking my father,’ he recalls. ‘She was eventually committed to a psychiatric hospital where she sat hunched up in a corner. I had no inkling I had mental health problems until I was 60.

‘In retrospect, I’d been up and down most of my life, sometimes morose and argumentative, sometimes exceptionally extrovert. A producer once said I intimidated people.

I was diagnosed after I said to Laura [his second wife, a children’s writer]: “Something horrible is happening. I’m going blank.”

‘All I could do was stare at the floor and my GP said he’d never seen anyone look so depressed. I was gently led into a psychiatric hospital and that was the start of figuring out that I was bipolar.’ Bill has a largely blameless lifestyle. A non-smoker, he rarely eats meat or butter, and loves vegetables and salads. He does, however, admit to drinking half a bottle of wine in the evening — ‘too much, I know, but I never get drunk’. 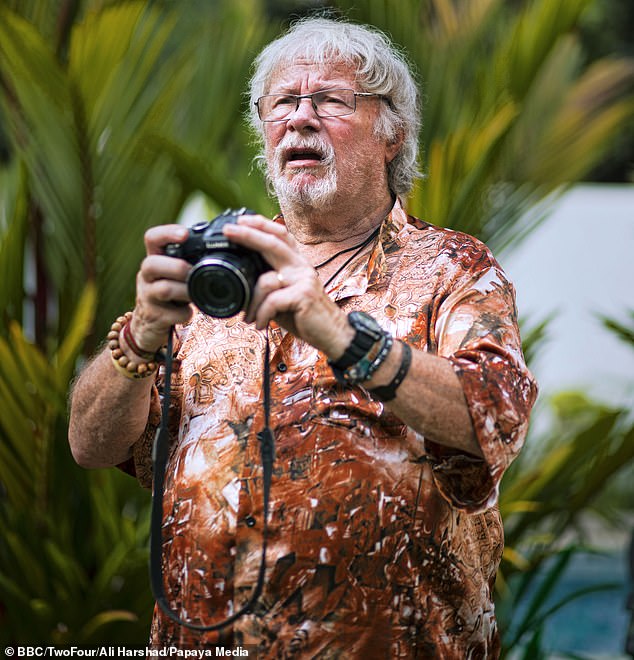 Bill has now learned the surgery he had all those years ago involved removing a meniscus disc. There are two of these triangular wedges in each knee — they poke into the joint, acting as a cushion to protect the cartilage, which lies above the meniscus and coats the bones to help them glide smoothly across each other

It wasn’t until 2012 that he started to experience pain in the right knee. The pain worsened with the years — although a huge supporter of the NHS, Bill had decided to use private health insurance to ensure that surgery was carried out when he was not busy.

That moment came after he and Laura went to Los Angeles in 2017 to see their daughter Rosie, 33, a musician who was writing and singing with Jeff Beck.

‘We had tickets for several of her gigs, the first in the Hollywood Bowl and going down steps to our seats my knee gave way and I had to grab on to a passerby,’ says Bill. ‘I limped for the rest of the trip.’

Only a third of us eat our recommended five portions of fruit and veg a day. Here, nutritionist ANGELA DOWDEN shows you how to do it the easy way, in just one meal.

HOW TO DO IT: For two people (two large or four small soft flour tortillas each), saute 200g sirloin strips, a chopped red and chopped yellow pepper, and a medium onion.

Serve in the tortillas with the sour cream, guacamole made from one large mashed avocado, plus two rounded tablespoons of salsa and three tablespoons of refried beans per person.

Have with a 150ml glass of orange juice.

This was followed last year by a series of worrying falls when his knee gave way. ‘I fell over outside M&S, and then had a run of bad luck falling over in our garden. On one occasion I clobbered the back of my head and had an MRI but all was fine. Laura was very wise and wouldn’t let me do anything stupid when she was at home.’

He also had to turn down a work offer to lead a wildlife tour group in the Pyrenees. The final straw was when he started to have trouble even taking his favourite walk around Hampstead Heath, a thrice weekly ritual. ‘I’d talked about having the knee replacement but put if off until late last year when finally I said to the GP: “I can’t stand this any more”.’

He was referred to Mr Ajuied who used weightbearing X-rays to see the extent of his arthritis — a standard assessment. As Mr Ajuied explains: ‘X-ray doesn’t show cartilage, only bone and the space between the bones. As the cartilage wears away, the bones get closer together.

‘If the joint looks normal on the X-ray — even if the patient is very sore — we don’t replace it as the pain may be coming from the hip or lower back,’ he says.

‘If there is arthritis, we explore how functionally limited the patient is. If they use painkillers once or twice a week, can walk for 45 minutes to an hour and are woken from sleep once a month, that is a good level of function.

‘The symptoms need to have persisted for six months as it might just be a blip. Finally they must have engaged in non-surgical treatment, physio, painkillers, weight loss, before we consider surgery.’

Timing is crucial to the success of knee replacement surgery, says Mr Ajuied. ‘After the surgery, there is the possibility of persistent pain, stiffness and dissatisfaction.

‘Dissatisfaction correlates with doing it too early, when the pain is just a niggle, because the improvement in quality of life afterwards will be correspondingly small. But equally if you are in agony for years, you don’t do as well as when you have it within six to 12 months of getting bad.’

Bill had his operation in February. After six days he came home, experiencing some pain: ‘The crutches went very quickly and I stopped using the walking stick at home within three weeks. I predict I’ll not use that when going out by mid-April so I’ll be free to trip on uneven paving stones or fall over on my garden rockery.’

He is assiduous in doing his exercises three times daily and sees a physiotherapist once a week.

‘I am pleased — too damned pleased — I hope something doesn’t go wrong,’ says Bill. ‘I don’t want retirement and shall enjoy it when I have things to do again.

‘Meanwhile with my old horizontal scar and the new vertical one, people can come and play noughts and crosses on my knee,’ he quips.