India has suffered from high transmission and death rates during the coronavirus disease 2019 (COVID-19) pandemic. The rise of the delta variant has also been a major concern, as it is known to evade immunity induced from previous strains. Researchers decided to investigate how effective immunity gained from previous severe acute respiratory syndrome coronavirus 2 (SARS-CoV-2) infection protects a wider community from disease. They also examined the effect variables such as living areas, health, and previously having lived in containment zones (where the most strict restrictions on movement and activity were in place) had on the chance of individuals showing antibodies specific to SARS-CoV-2. 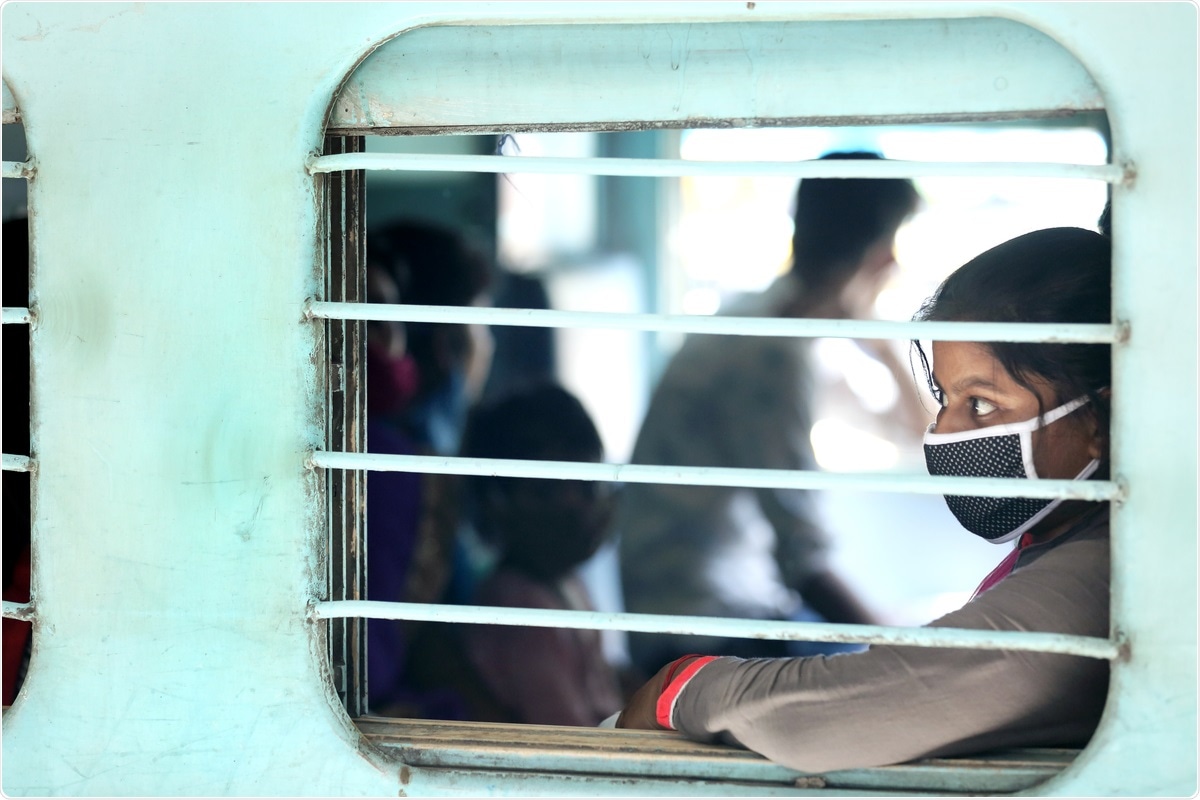 A preprint version of the study is available on the medRxiv* server while the article undergoes peer review.

The researchers examined serum from 100 participants from 274 separate wards, around 28,000 individuals in total. Individuals were required to be above five years of age. They also tried to select participants from different types of settlements based on the approximate relative populations. The housing settlement types in Delhi are separated into planned colony, urban slum, resettlement colony, unauthorized colony, and rural village. Within these restrictions, individuals were mostly selected randomly, although, in some areas, one participant from every household was selected using the age-order procedure to improve the random odds. 3-4 mL of blood was collected from each individual, and anti-SARS-CoV-2 antibodies were detected using industry-standard immunoassays.

In approximately 50% of individuals (14298 cases), SARS-CoV-2 specific IgG antibodies were detected. Previous infection was least common in the South-East district and most common in the North District. Interestingly, only 72.3% of those who reported a history of COVID-19 when the study began showed detectable antibodies. On analysis, those most likely to have suffered the disease were the over-50s, urban slum dwellers, those who had lived in containment zones, or those with a history of conditions such as diabetes or hypertension.

The study also showed that the incidence of previous infection had more than doubled since the prior sampling three months ago. This is supported by previous studies showing increased risk of transmission to those at risk due to health reasons or age and those living nearby. Containment zones were instituted due to high case numbers, and, unsurprisingly, they showed higher rates of previous infection.

This high level of transmission likely has two major causes. The first is due to almost one-quarter of previously convalescent individuals showing no effective antibodies against the disease. Previous studies support these findings, indicating that IgG antibodies wane rapidly, especially when acquired through asymptomatic or mild bouts of COVID-19. This supports the case for booster shots for vaccines. The second factor is the rise of variants such as the delta and kappa strains that first surfaced in India. Antibodies acquired through exposure to the initial strain of SARS-CoV-2 first identified in Wuhan, China, are significantly less effective against these strains than previously effective monoclonal antibodies. There is growing evidence showing a significant drop in the effectiveness of major vaccines such as the Pfizer and Moderna mRNA vaccines.

The authors present worrying implications from their research. These implications are especially concerning for middle and lower-income countries and countries where vaccinating a large proportion of the population will take additional time due to logistical and refrigeration issues. The most important effect is the lack of herd immunity. Still, the researchers also point to the large instance of previous infection in under 18's, which could reflect on strategies for opening schools. Finally, they highlight the importance of serosurveys at more local levels to inform public health policies and potential restrictive measures.

medRxiv publishes preliminary scientific reports that are not peer-reviewed and, therefore, should not be regarded as conclusive, guide clinical practice/health-related behaviour, or treated as established information