Some kitchen items you buy out of necessity, others you buy out of pure want. Dutch ovens are (arguably) the latter: They’re the kind of luxurious pieces Pinterest dream kitchen boards are made of. However, gorgeous as they are, Dutch ovens also serve a purpose beyond the purely aesthetic — they’re multifaceted and can be quite the strong-hold helper when preparing meats, soups, stews, pastas, casseroles, desserts and so much more.

To put things into perspective, Dutch ovens are basically the OG slow cooker (and you know how much you love that super-handy appliance). You can use them on the stove top or in the oven, and because they’re typically made from cast iron or ceramic materials, they can withstand a wide range of temperatures. But just in case the fact that its cooking and baking possibilities are endless doesn’t phase you, maybe this will: Not only can you cook your food in a Dutch oven, you can serve your food in a Dutch oven. In other words, it’s a lazy mama’s dream, and an epic hostess tool.

The best part is you don’t have to spend a ridiculous amount of money to treat yourself to this little slice of culinary heaven. Below, we’ve rounded up the best dutch ovens that won’t break the bank but will definitely upscale your cooking game.

Lodge is a family-owned company, so you can feel good knowing their products are made with love and home-cooked memories in mind. The brand’s Dutch oven is no exception: Manufactured in South Pittsburg, Tennessee, the appliance is made of cast iron and comes pre-seasoned with 100 percent vegetable oil to add to your meal’s rich flavor and make for an even easier food release. The oven can be popped into the oven, used on the stove top, grill or even on an open campfire, and all you need to wash is warm water and mild soap. 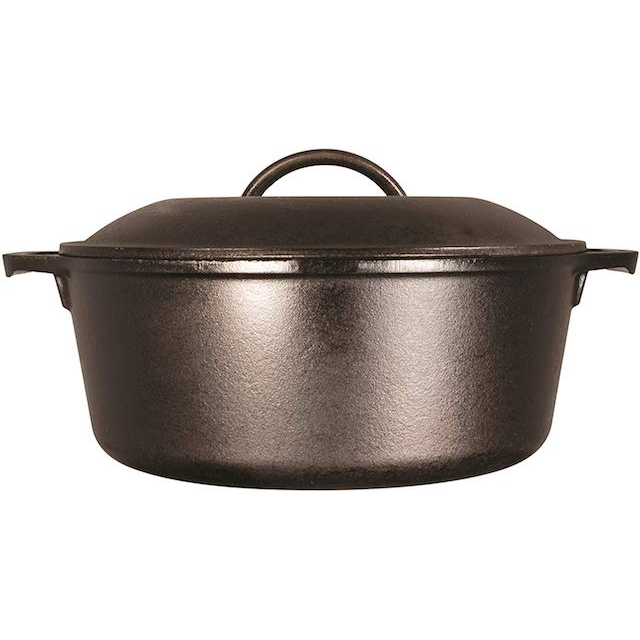 Cuisinart’s Dutch oven comes in three gorgeous finishes — Enameled Provencial Blue, Enameled Cardinal Red and Cast Iron Black — so you can match your appliance with the rest of your kitchen decor (or add a splash of color for pizazz). The round covered casserole pot also comes in four sizes — three quart, five quart, five and a half quart, and seven quart — so you can choose whatever size meets your family’s needs. Made with a cast iron construction and porcelain enamel (both interior and exterior), the Dutch oven is stovetop, oven and broiler safe. 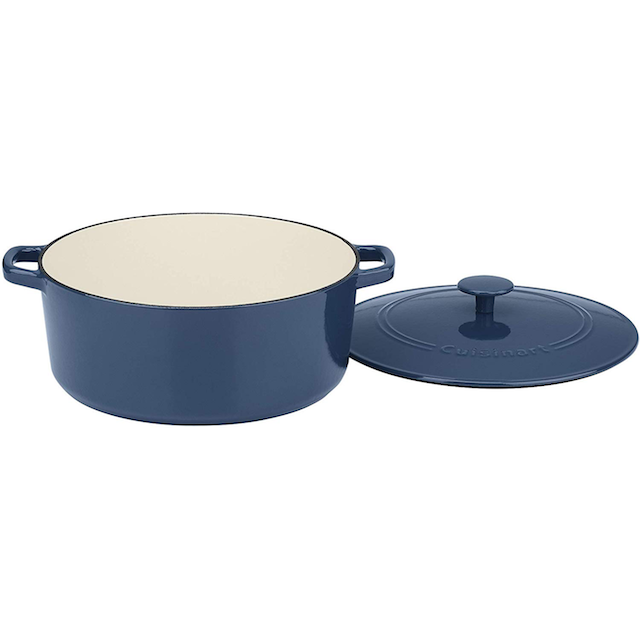 If you’re envisioning an appliance that operates like a classic Dutch oven but adds a fun color pop to your kitchen counter, the AmazonBasics Enameled Cast Iron Covered Dutch Oven is what you’re after. Available in vibrant shades of blue, green, red and white, it’s an enameled cast iron Dutch oven that can be used to marinate, cook and store food. Oven-safe up to 400 degrees Fahrenheit, this appliance does it all from baking, boiling, braising and roasting, but it’s especially great for one-pot meals. 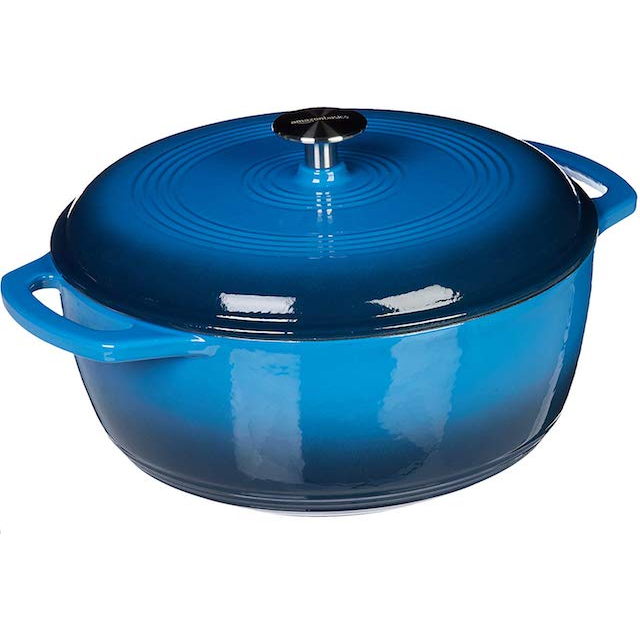 Who needs a slow cooker when you have a Dutch oven? Utopia Kitchen’s cast-iron appliance can handle temperatures up to 500 degrees Fahrenheit. It’s best known for braising meats and other cooking processes that take a decent chunk of time. 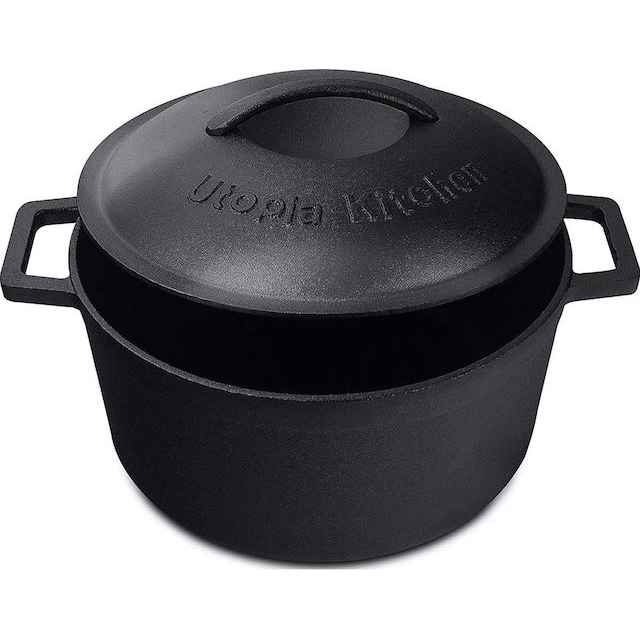 It’s one thing to score a Dutch oven with a lid. It’s another to find a Dutch oven whose lid can assist you in the kitchen beyond covering up whatever’s cooking in your pot, which is exactly what the Bruntmor 2-in-1 Dutch Oven offers. The five-quart, pre-seasoned oven’s lid actually doubles as an extra skillet so you can multitask (think: boiling pasta and sautéing veggies or frying slices of chicken). Plus, when you’re ready to serve it all up, both appliances are sleek enough to serve your dish in. 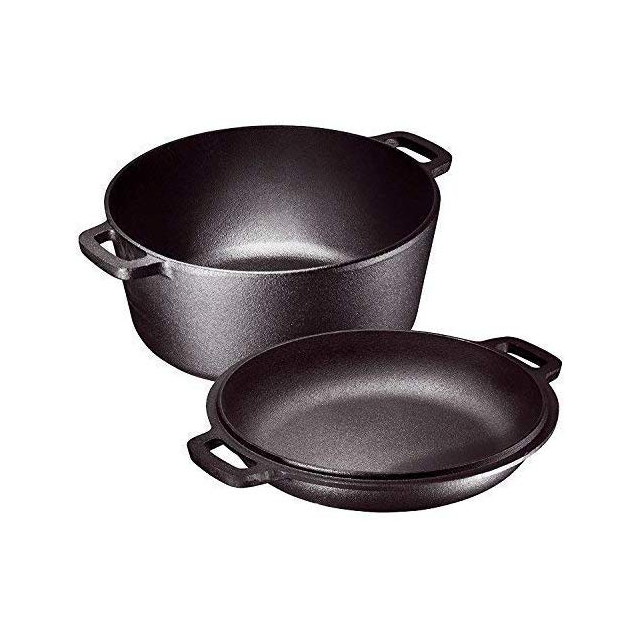