Yerba mate is not, to be fair, for everyone.

A strong, often bitter infusion brewed hot or cold from the leaves of a plant native to South America, yerba mate is popular in Paraguay, Uruguay, Brazil and Argentina. Some of the best soccer players in the world hail from that region and swear by it, and they have spread it around the world through their club teams. The World Cup in Qatar, though, raised some logistical and supply challenges, not least of which was: Where would devotees find yerba mate in the Gulf? 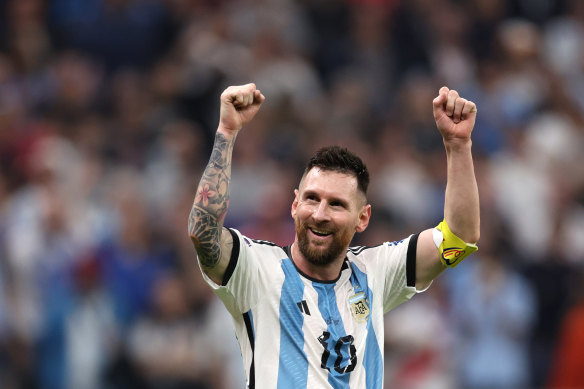 So they came prepared. Brazil’s national team, which has a few mate drinkers, brought 11kg of it to Qatar, a team official said. Uruguay’s squad packed about 240kg. But it was Argentina, which defeated Croatia in the semifinals on Tuesday and will extend its stay through Sunday’s final, that topped them all. To ensure that the roughly 75 members of its travelling party – players, coaches, trainers and the rest – would have a steady supply of a drink they consider essential, Argentina’s team hauled a whopping 499kg of yerba mate to Qatar.

“It has caffeine,” Argentine midfielder Alexis Mac Allister said in Spanish while explaining why he consumed so much of it. “But I drink it more than anything to bring us together.”

A spokesperson for Argentina’s national team, Nicolás Novello, said the team brought different types to suit everyone’s taste: yerba mate with stems (a milder taste), without stems (a stronger, more bitter taste) and with herbs (for other flavors). Observers said nearly everyone, including the team’s star, Lionel Messi, was drinking it; the team’s devotion to the drink was clear every time it unloaded its team bus, and after matches, a handful of players would carry out the traditional mate essentials: a cup made of a hollow gourd, its accompanying straw and a thermos of hot water.

Drinking mate is so commonplace within the Argentine and Uruguayan teams, in particular, that the latter made the thermos, known as Botija in Spanish, its official mascot. A large blue mascot’s outfit even made it to Qatar, where it struggled to fit through the turnstiles of the metro system in Doha.

“When I played in Argentina, a nutritionist used to say mate hydrates you,” said Sebastián Driussi, a midfielder for Austin FC in MLS. Driussi represented Argentina at the youth level internationally and spent three years with the popular Argentine club River Plate. “I don’t know, but it’s like water for us. Before a game, in the locker room, everyone is drinking it all the time. There is no schedule or bad time to have mate. Us in Argentina, we say that mate makes friendships.”

Juan José Szychowski, president of the National Institute of Yerba Mate in Argentina, said there was an art to perfecting the brew, with every drinker preferring slightly different variations, from sweet to bitter, hot to cold.

“If you start drinking mate, you won’t stop,” Szychowski said in a telephone interview. “It’s more than just a custom. When someone comes over, we tell them, ‘You should have some mate.’ It’s sharing and something social and good for your health.”

Szychowski said mate, which was originally consumed by the region’s Indigenous residents before it was spread by Jesuit missionaries, contains polyphenols, a compound that has antioxidant properties. Some studies, he added, have suggested that the beverage can have a positive effect on health.

The influence and example of mate-drinking players from South America such as Messi, Uruguay’s Luis Suárez and Brazil’s Neymar – who used to be club teammates at Barcelona – have led other players to adopt the practice. 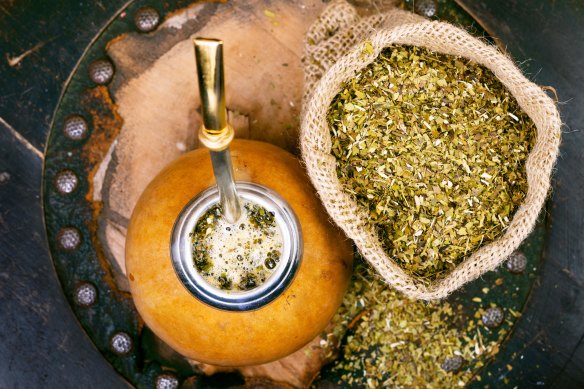 Yerba mate in a traditional calabash gourd and bag of dry herb.Credit:Shutterstock

Antoine Griezmann, a fixture in the France team that will play in the semifinals on Wednesday, took up the habit after befriending Uruguayan players Cristian Rodríguez and José María Giménez when they were teammates at Atlético Madrid. Griezmann has said that he now drinks it daily. Another French star, Paul Pogba, said in 2018 that he got hooked on mate after one of his Manchester United teammates at the time – Marcos Rojo, an Argentine – gave him some of his own infusion.

Szychowski called soccer players the best yerba mate ambassadors around the world, before noting that Pope Francis, an Argentine, is also known to enjoy a cup.

Not every player, though, is a fan of the taste that some have called too bitter, too herbaceous, too earthy. (Experts advised beginners to start with a sweet mate.) Walker Zimmerman, a defender on the U.S. team that was eliminated from the World Cup in the round of 16, said two of his Argentine teammates at FC Dallas years ago – Maximiliano Urruti and Mauro Díaz – introduced him to mate, but he admitted, “I don’t think I’d ever get into it on my own.”

Lisandro López, a former Argentina defender, said not everyone was used to his nursing his mate through a straw when he played in Portugal. “A lot of the time – and I lived in Lisbon for four years – I went to a plaza to drink mate and people looked at me weird, like you’re doing drugs or something,” López said.

Luis Hernández, a former Mexican striker, said his palate could not quite get used to the taste when he spent a season at Boca Juniors in Argentina. While everyone else on the team drank mate, he said, he was the lone holdout.

“I prefer a good coffee than a cup of mate,” Hernández said, adding later with a chuckle: “They say it helps them? But mate doesn’t help you score goals.”

This article originally appeared in The New York Times.