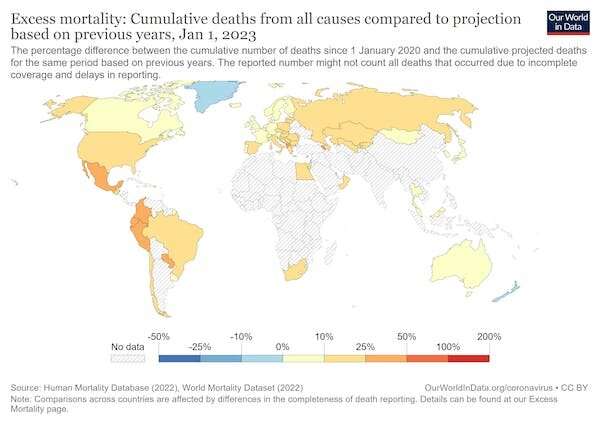 Imagine it is 2030. Doctors in a regional hospital in country X note an expanding cluster of individuals with severe respiratory disease. Rapid whole-genome sequencing identifies the disease-causing agent as a novel coronavirus.

Epidemiological investigations suggest the virus is highly infectious, with most initial cases requiring hospitalization. The episode bears a striking resemblance to the COVID outbreak first detected in December 2019.

Regional and national health authorities are notified quickly. The national contact point for the International Health Regulations 2024 (a major revision to the current IHR 2005) sends a description to the World Health Organization (WHO). After an intense exchange of information and risk assessment, it declares a public health emergency of international concern.

The outbreak is assigned a response strategy of “elimination.” This designation initiates a well-rehearsed procedure, including mobilizing expertise and resource stockpiles.

The elimination response results in localized quarantine measures at the epicenter and its surrounds and a travel freeze across a wide radius within country X and at its borders. It also prompts intensified local and international surveillance. Case numbers rise rapidly but plateau after three weeks, and then fall until no new cases are detected in the community.

After eight weeks of intensive efforts the outbreak is over—similar to the experience of New Zealand, which terminated its initial COVID outbreak in eight weeks using an elimination strategy. The outbreak had spread regionally within country X, but not internationally.

This is how we propose, in The Lancet, the world should respond to future pandemic threats.

An upgraded pandemic response to eliminate at source

The process by which the WHO currently decides whether to declare a public health emergency of international concern (under the International Health Regulations 2005) has drawn criticism for being too slow.

The upgraded response framework we propose would enhance the existing risk assessment by routinely requiring WHO to assign a high-level response strategy for managing this risk. For potential pandemics, we consider this strategy should be elimination rather than suppression or mitigation, which have been the usual default options in the past. In simple terms, “if in doubt, stamp it out.”

This approach successfully eliminated and then eradicated the SARS pandemic in 2003 (caused by SARS-CoV). It also proved successful in China during early containment of COVID in Wuhan.

We have described this concept previously. Whether this approach could have eliminated and ultimately eradicated COVID, if pursued early and in a co-ordinated way globally, remains a topic of speculation.

An elimination strategy also slows the spread of infection

There is a second broad reason for the WHO assigning an explicit strategic goal of elimination to pandemic diseases with sufficient severity. It can also slow or interrupt the global spread of a new infectious disease. This action buys time for interventions to be developed, building on rapidly accumulating scientific knowledge.

Some countries in the Asia-Pacific region adopted elimination and strong suppression strategies. This approach largely prevented widespread COVID circulation for the first one to two years of the pandemic, keeping mortality rates low.

It allowed time for vaccine development and roll-out and for jurisdictions to prepare their health systems for managing large numbers of infected people. Notable examples are New Zealand, Australia and Singapore. They have been able to keep their cumulative mortality low by international standards.

If elimination is ultimately not successful or justifiable, an organized transition to another strategy (suppression or mitigation) should be considered. Processes for managing these transitions can draw on experience from the current pandemic.

The most recently declared public health emergency of international concern is mpox (formerly known as monkeypox). Under our proposed change to the International Health Regulations, the WHO would have been required to assign a response strategy to this disease.

Elimination again makes sense as a default approach. That is what countries around the world have effectively been doing. And this approach appears to be working.

The other current public health emergency of international concern is poliomyelitis. Unlike COVID and mpox, this disease is already subject to a global eradication goal.

A further benefit of the elimination strategy is that it supports strengthening of health system infrastructure in low and middle-income countries. This capacity building has contributed to the elimination of periodic Ebola outbreaks in Africa, which have been designated as public health emergencies of international concern in 2014–16 and 2019–20. It could also support elimination of mpox, an increasing threat in Africa.

Upgraded International Health Regulations could stimulate a huge global investment in infrastructure to stop epidemics at source and improve surveillance capacity. These capacities are critical given the range of future pandemic scenarios, including the threat from bioweapons with advances in synthetic biology.

Let us hope that when the world is next confronted by the spark of a new emerging infectious disease with pandemic potential, the WHO rapidly declares a public health emergency of international concern and assigns an elimination strategy. And the international community reacts vigorously to extinguish the spark before it becomes an inferno.