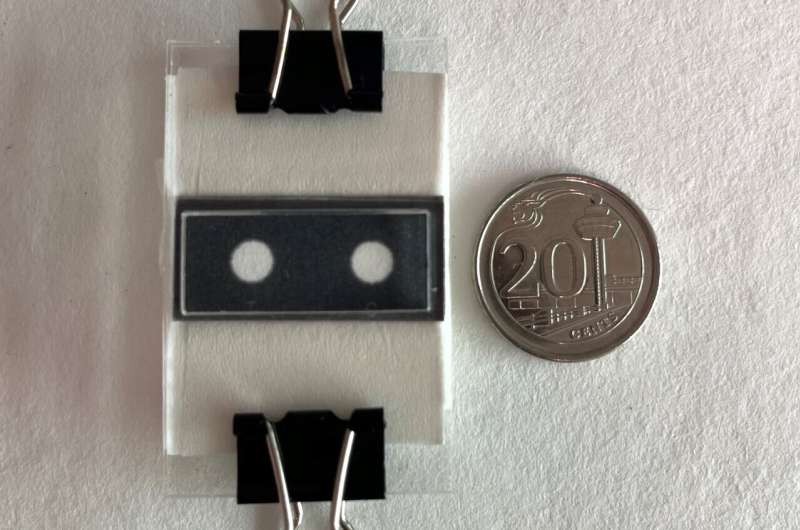 Researchers from the Antimicrobial Resistance Interdisciplinary Research Group at Singapore-MIT Alliance for Research and Technology (SMART) and their institutional collaborators have developed a rapid point-of-care test for the detection of SARS-CoV-2 neutralizing antibodies (NAbs). This simple test, only requiring a drop of blood from a fingertip, can be performed within 10 minutes without the need for a laboratory or specially trained personnel. Currently, no similar NAb tests are commercially available within Singapore or elsewhere.

To curb the transmission of SARS-CoV-2, countries have imposed strict measures to minimize social interaction and cross-border movements. Despite being able to improve surveillance and prevent spread to some extent, these measures have severely impacted economies and livelihoods, and the path toward regaining normalcy involves achieving herd immunity against the virus either naturally or through mass vaccination. To evaluate herd immunity and the effectiveness of vaccine immunization programs, it is essential to screen populations for the presence of SARS-CoV-2 NAbs on a faster and larger scale.

As part of a body’s natural immune response, NAbs are generated by either exposure to the virus or a vaccine. For effective prevention of viral infections, NAbs must be generated in sufficient quantities. The number of NAbs present in individuals indicate if they possess protective immunity to the virus and their probability of experiencing severe outcomes should they be infected. NAb testing can determine whether vaccinated individuals should be considered for booster shots for additional protection against the virus.

Despite the availability of COVID-19 diagnostic tests, the detection of SARS-CoV-2 NAbs is still generally conducted at hospitals and specialized diagnostic laboratories. Currently, NAbs are commonly detected using virus neutralization tests (VNTs), which require handling of live virus, a facility with rigorous biosafety and containment precautions, skilled personnel and two to four days of processing time. Thus, these tests are not viable for large population testing and surveillance due to the lengthy process that may put a strain on existing laboratory capabilities. The development of a more efficient means of testing better allows for immediate point-of-care testing and mass monitoring for events or workplaces, specific localities, high traffic points, and critical points of entry such as immigration checkpoints.

“With the gradual opening up of borders, economies and society, having the right test, and information will be crucial to not only plan for this future but also ensure that it can be done safely without hampering current efforts to curb the spread of the virus,” said Dr. Megan McBee, scientific director at SMART AMR. 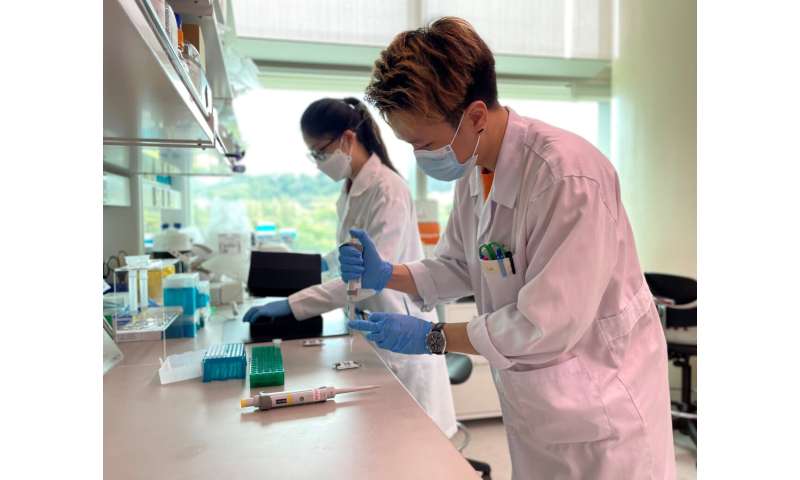 According to the research team’s data, which has been published in medical and public health journal Communications Medicine, the newly developed rapid cellulose pull-down viral neutralization test (cpVNT) detects SARS-CoV-2 NAbs in plasma samples within 10 minutes, using a vertical flow paper-based assay format and protein engineering technology developed at SMART AMR and the Hadley D. Sikes lab at MIT. This same protein engineering technology has also been used to develop tests to detect other well-known viruses such as the Zika virus and Tuberculosis. Cellulose was adopted as a test material as it is cost-effective and easily manufactured, and to avoid reliance on nitrocellulose, which is in high demand due to its use in other rapid COVID-19 tests.

The developed test is simple to administer, non-invasive and offers quick results. To perform the test, a user mixes a drop of fingertip blood with the reaction solutions and places it on a paper strip, before inserting it into a portable reader device that will detect the NAb signals and reflect the results. This test offers up to 93% accuracy, higher than similar lab-based methods currently being used.

“Schools and workplaces will also benefit greatly from the test. Whether a person should be considered for receiving a booster vaccine can also be evaluated with this quick test as the results are available within minutes from a fingertip blood sample. And if we are able to quickly determine immunity on a larger scale, the review and relaxing of COVID-related measures can be done in a more controlled, data-driven manner,” said Professor Hadley Sikes, principal investigator at SMART AMR, associate professor at MIT and a co-corresponding author of the paper.

Co-corresponding author Professor Peter Preiser, a co-lead principal investigator at SMART AMR and the associate vice president for Biomedical and life sciences at NTU Singapore, said: “Besides detecting immunity to the current vaccine version of SARS-CoV-2 virus, the NAb test can be modified to monitor immunity against the other variants of the virus. This can provide information on the potential efficacy of different vaccines against each variant, or whether one should travel to areas that may have a high incidence of a specific variant.”

Further development of the test is underway for its approval by regulatory authorities and manufacturing for public use. The team that has developed the tests at SMART has also spun off a biotech startup, Thrixen, that is developing the test into a commercially ready product.