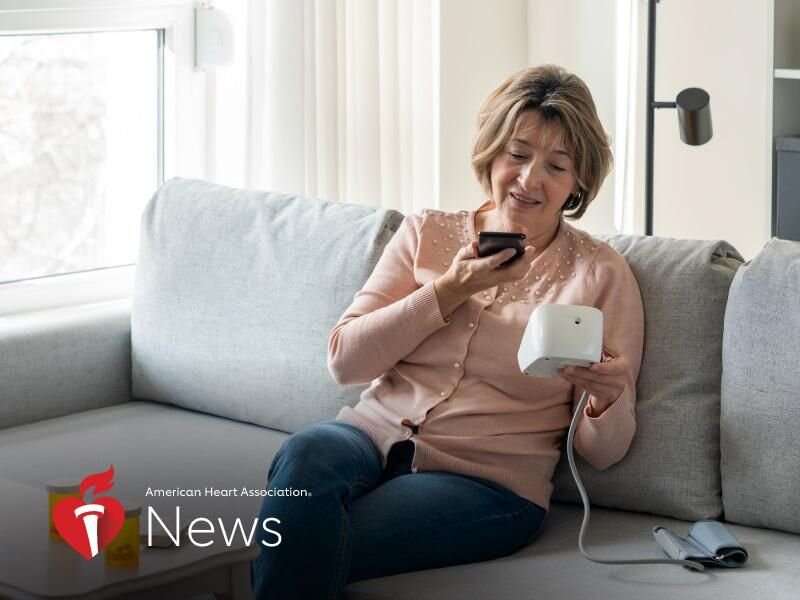 Telehealth care by pharmacists is an effective alternative to clinic-based care for managing high blood pressure, a new study has found.

Scientists know that high blood pressure is a major modifiable risk factor for cardiovascular-related deaths in the U.S. But controlling the condition, also known as hypertension, has been difficult.

Nearly half of U.S. adults have high blood pressure, but only about 1 in 5 has their hypertension under control.

For the new study, researchers compared two types of care for moderately severe, uncontrolled high blood pressure: traditional clinic-based care, using face-to face visits with doctors and medical assistants, and telehealth care, with home blood pressure telemonitoring and home-based care coordinated via telephone by a pharmacist or in some cases, a nurse. The research was conducted on 3,071 people, whose average age was 60, in a randomized trial involving 21 primary care clinics in Minnesota and Wisconsin.

The study was published Tuesday in the American Heart Association journal Hypertension.

Since 2017, high blood pressure has been defined as 130 mmHg and higher systolic or 80 and higher diastolic. That marked a change from the old hypertension definition of 140/90 and higher, and reflects that complications can happen at lower numbers.

Average blood pressure for participants in both research groups was about 158/92 at the study’s outset.

After six months of follow-up, telehealth care patients were more satisfied with their treatment than clinic-based patients, said Margolis, executive director of research with HealthPartners Institute and a professor of medicine at the University of Minnesota Medical School in Minneapolis.

“It was big difference. They were significantly more likely to rate their care highly, report that their care was convenient, and take their blood pressure frequently at home,” she said.

While the study didn’t test telehealth care overseen by a primary care professional, that approach would probably appeal to some patients and their doctors, the authors wrote.

Antoinette Schoenthaler, a professor of medicine and population health at NYU Langone Health in New York City, noted that the study was limited by “a very low uptake.” Only about 30% of participants completed the telehealth sessions.

“We really need future research to see how telehealth can be made more sustainable and equitable so it can reach a broader percentage of the population,” said Schoenthaler, who was not involved in the research.

Still, she applauded the study for its novel approach of comparing the two groups head-to-head.

“It’s an important study, and it’s really encouraging to find that you can get as good or even better care via telehealth and pharmacists,” she said.

“Telephone calls give us the option for more in-depth conversations with members of the health care team who are trained in things like lifestyle counseling, which a busy primary care provider often doesn’t have time for.”

Schoenthaler said telehealth has “exploded” since the COVID-19 pandemic began.