Mother, 38, who survived a horrific car crash and had her arm amputated is now pregnant with twins despite being left ‘infertile’ from her injuries

A mother who survived a horrific car crash is now pregnant with twins – despite being told her injuries had left her infertile.

Danielle Bartley-Mould, from Yorkshire, broke her neck and spine after the accident in 2014, and was in a coma for 16 days.

Doctors tried to save the 38-year-old’s arm, but when she developed septicaemia, amputation was the only choice to stay alive.

Four years later, Mrs Bartley-Mould was having difficult conceiving with her husband, Tony, 58, after having irregular periods.

The foster carer was discovered to have delayed damage to her fallopian tubes from the car crash impact.

The couple spent their savings on two rounds of IVF and they are now over the moon to be expecting twins on December 12. 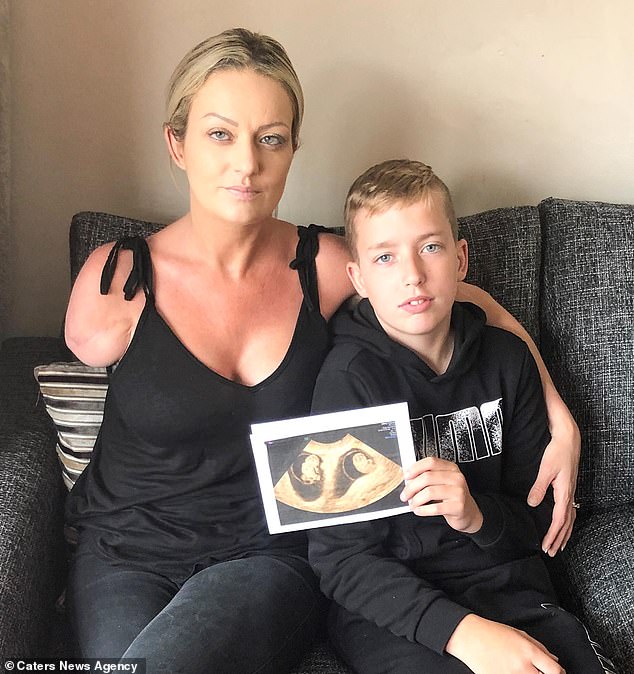 Danielle Bartley-Mould, 38, mother to Ethan, 11, is expecting twins through IVF after being told injuries from a car crash in 2014 had left her infertile. Pictured at home recently 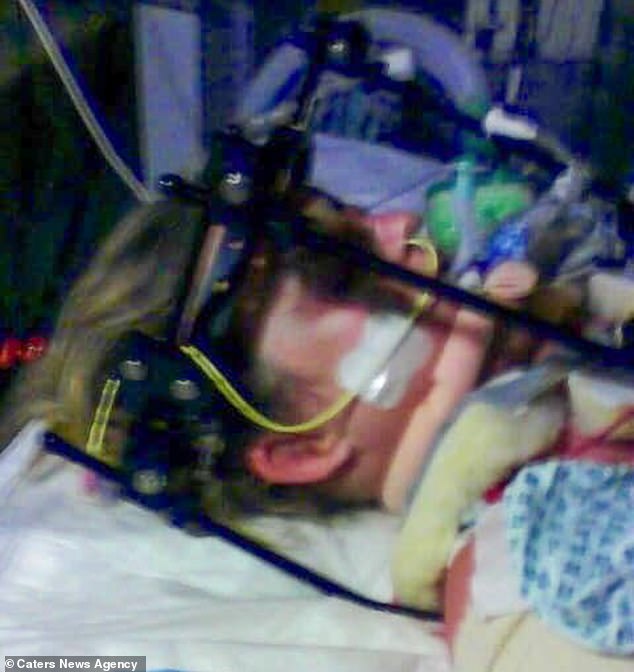 Mrs Bartley-Mould broke her neck and spine after the car incident in 2014 and was in a coma for 16 days (pictured). She left hospital six weeks later 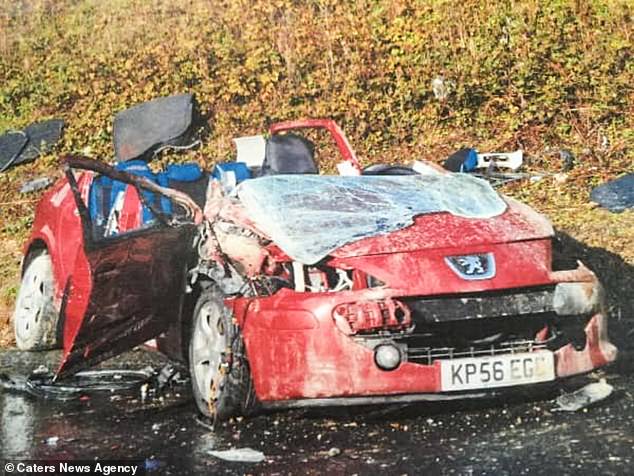 During the car incident, Mrs Barley-Mould’s arm had been crushed by the car which rolled on it

Mrs Bartley-Mould who is mother to Ethan, 11, said: ‘I woke up after 16 days in a coma to find my left arm had been amputated.

‘My parents had to make the decision for me. My arm had been pushed out of the car the window and the car rolled on it.’

Mrs Bartley-Mould contracted septicaemia, which is blood poisoning. It is different from, but can lead to, sepsis, which is the body’s response to an infection.

Surgeons were trying to rebuild her arm, but the septicaemia had triggered sepsis and there was no other option other than to remove the limb.

When someone has sepsis, excessive blot clotting stops blood from travelling through the body effectively. Limbs, the skin and tissues struggle to get enough oxygen and nutrients, leading to gangrene and amputation.

Mrs Bartley-Mould said: ‘I’d lost most of my arm from the crash but while surgeons tried to rebuild it using muscle and skin from my stomach and legs.

‘But I ended up getting septicaemia and it was spreading so rapidly that my parents were told I had 36 hours to live unless they amputated my arm.

‘I was in hospital for six weeks before I was allowed home, it was a huge shock to lose my arm but I did my best to stay positive for my son.’ 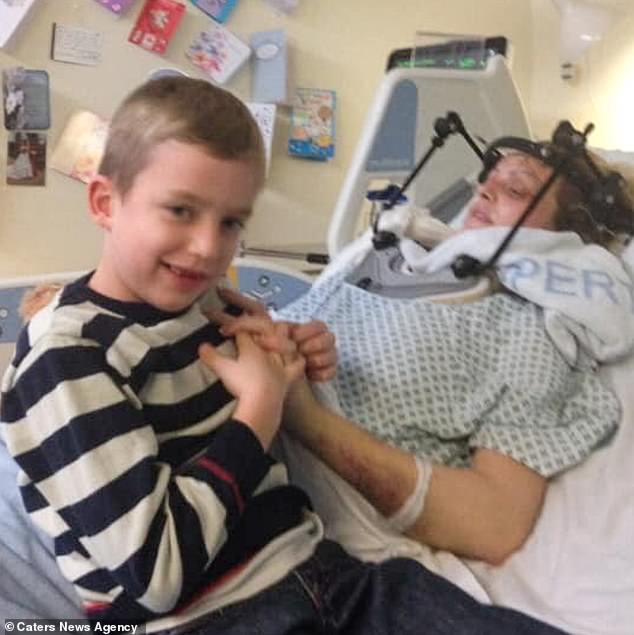 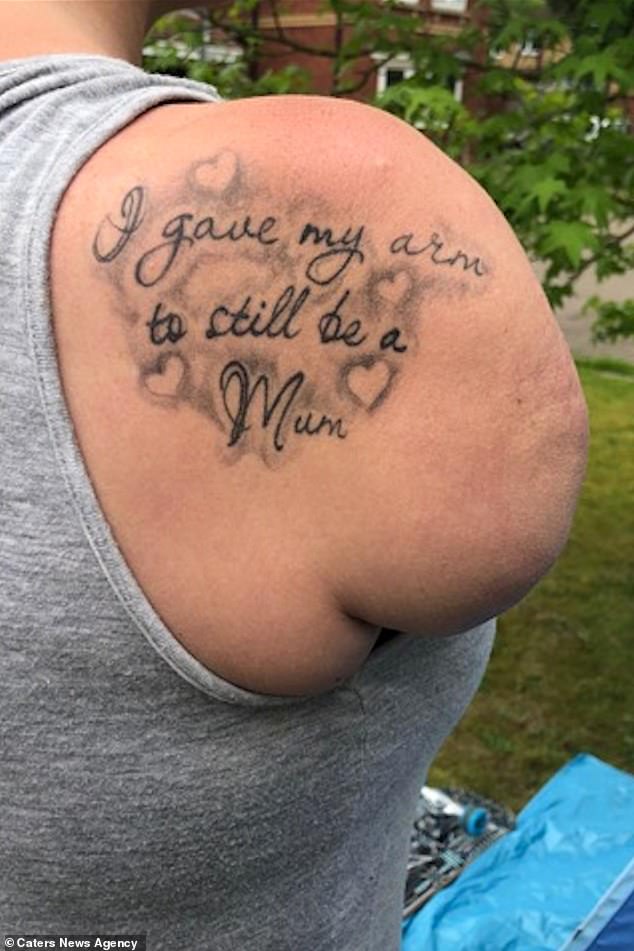 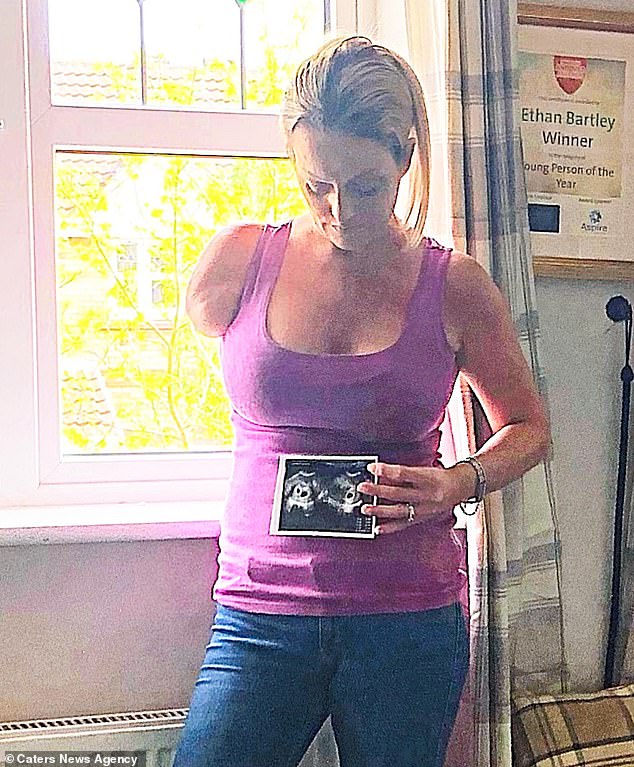 Mrs Bartley-Mould’s periods stopped for 18 months after the crash and then became irregular. She was found to have damaged fallopian tubes. Pictured, holding her pregnancy scan 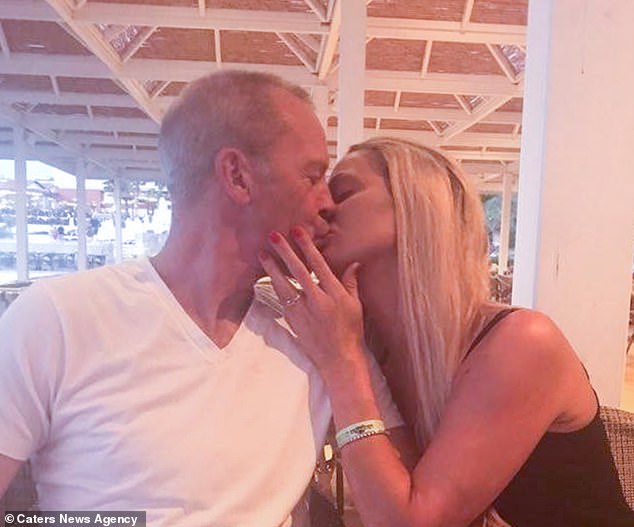 Mr and Mrs Bartley-Mould, pictured together at an unknown date, were trying and failing to conceive for a baby at the start of 2018

Septicaemia, also known as blood poisoning, is an infection caused by large amounts of bacteria entering the bloodstream.

It is often a result of another infection in the body, the NHS says.

Septicaemia is potentially life-threatening, and can lead to other complications such as sepsis.

It affects thousands of patients every year, according to Great Ormond Street Hospital, and those with pre-existing medical conditions are most likely to get it.

Mrs Bartley-Mould went to the doctors to see if her irregular periods were anything to worry about.

She said: ‘I didn’t have a period for 18 months after my accident and then irregular periods, but I was told by doctors this can be normal as it can take my body up to seven years to repair.

‘I had all sorts of tests and keyhole surgery done to try and find the cause. They found both my [fallopian] tubes were so damaged it was beyond repair.

‘When someone tells you that you can’t have children, it is heart-breaking.’

Damaged fallopian tubes restrict the sperm from getting to the egg and fertilizing it. This and blocked fallopian tubes, normally due to endometriosis, are two common reasons women are infertile.

The couple used their £12,000 savings and went to Cyprus in December for IVF as it was slightly cheaper.

Mrs Bartley-Mould said: ‘It was then like a race against time, we didn’t want to wait any longer.’

But the procedure failed and they decided to give IVF one more try in the UK for a cost of £6,000. 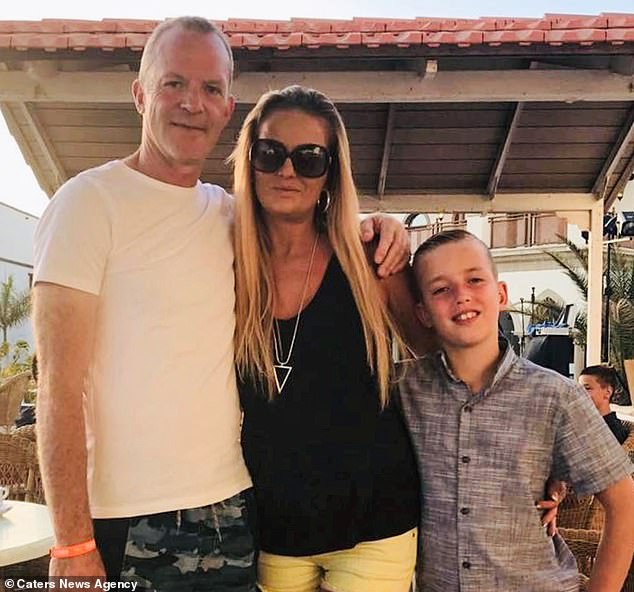 The couple scraped together our £12,000 savings and went to Cyprus in December for IVF which sadly failed. They then had one more shot in the UK. Pictured on an unknown date 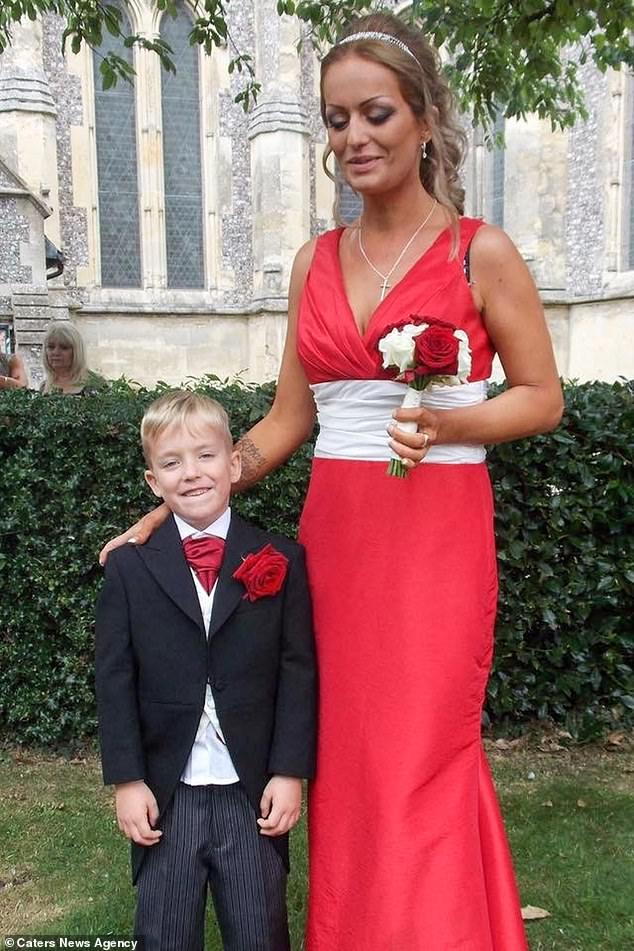 Mrs Bartley-Mould, pictured with Ethan before the car incident, said she is ecstatic to be having twins after the heartbreaking blow of finding out she couldn’t have them naturally

Mrs Bartley-Mould said: ‘We couldn’t believe it when our first two week pregnancy test told us that we were having two babies, we’re so happy.’

The family are now excited for the future and to become a family of five, with Mrs Bartley-Mould having her baby via C-section.

Mrs Bartley-Mould said: ‘We were absolutely ecstatic when we found out we are having twins, and are ridiculously excited to meet them.

‘People wonder will I manage with just one arm, but I am very capable and I am always finding new ways to do things.

‘It may take me a little longer to do things like tie my hair but I can still drive and look after myself and family.

‘It has all happened so fast, last year I was told I was unable to have more and now I have two on the way, we couldn’t be happier.’