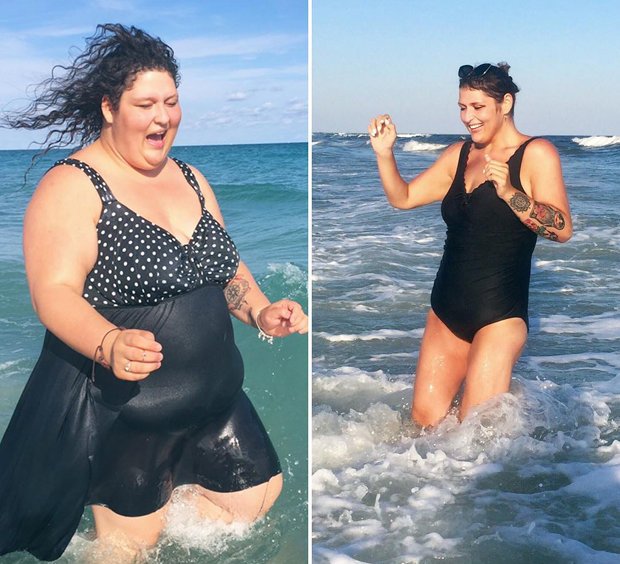 As the bullying intensified, Michelle turned to drugs when she was 16-years-old.

She revealed: “I started using drugs at 16, starting with marijuana.

“That progressed to whatever was offered to me.

“How I got on to heroin was a prescription to opiates by my doctor.

“Feeling as amazing as it did, heroin was just the next step – especially when I would run out of my prescription.

“Once that line was crossed, there was no turning back.”

At this time, she also began binging on food and saw her weight increase to 27st 1lbs. 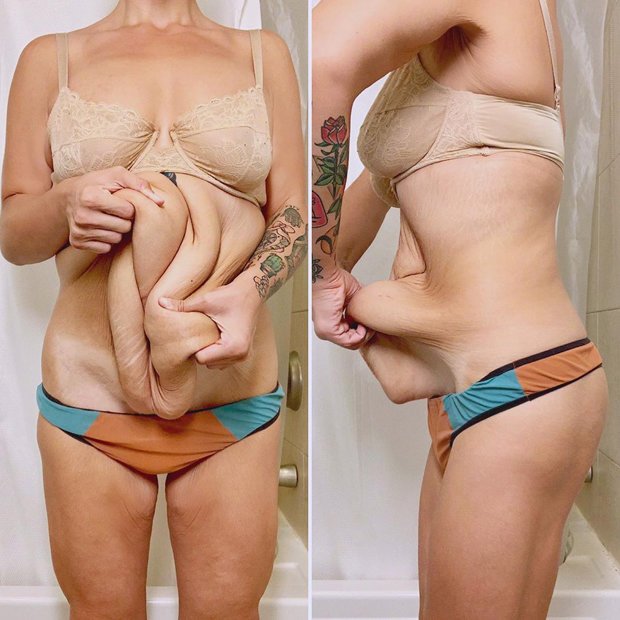 Michelle’s 4XL frame soon started impacting her health and made it difficult for her to carry out everyday tasks.

She admitted: “At my largest, I was 27 stone and one pound, and I did absolutely no exercise. The most I could do was to walk a short distance, but even that was difficult.

“I would eat two pounds of spaghetti in one sitting, or an entire pie all to myself. I had no understanding of what is in food.”

So when she got sober and clean in 2014, the American woman vowed she’d tackle her unhealthy food habits too.

She explained: ”I realised that I had been using food my entire life to fill an emotional void.

“So, if I could get clean off drugs and alcohol then I could lose the weight too.

“That was the turning point.” 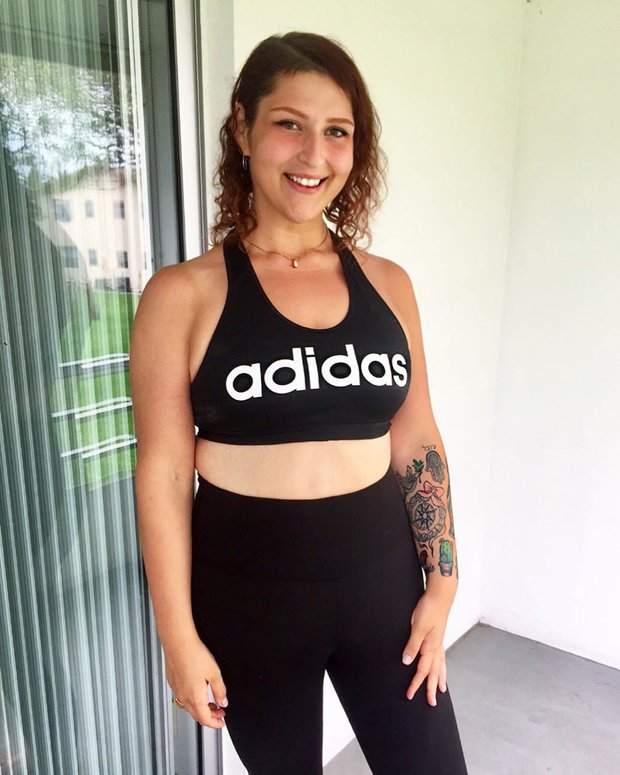 Michelle went to a food clinic, where she was diagnosed with binge eating disorder.

She was fitted with a vertical sleeve gastrectomy in October 2017, which helped to suppress her cravings.

Reducing her portion sizes, and hitting the gym five times a week, has helped her to shed 13.5lbs.

The dieter remarked: “Now, I weigh everything I eat – which sounds more annoying than it is but it’s quite simple once you get the hang of it.

“I have a greater understanding of what kind of proteins, fats and carbohydrates I need to put into my body based on my energy expenditure…

“I became a lot more active and now go to the gym five times a week to do weight training and body building.

“I have hiked up high peak mountains with my husband and even gone camping.

“These are things that I could never do when I weighed 27 stone because my mobility was next to nothing.”

The super-slimmer now wears size medium clothes and has taken up work as a fitness coach.

But even though she transformed her appearance, she found it difficult to love her body due to the 10lbs of excess skin the weight loss left behind.

On July 16, 2019 Michelle had a belt lipectomy, reverse tummy tuck, breast lift and extended arm lift to remove excess skin from her stomach, breasts and arms.

She revealed: They ended up removing 10 pounds of skin which had all been hanging off me since I shed the weight.

“Losing so much weight has enabled me to explore my love for fitness.

“ It’s enabled me to want to motivate others because I get it, when you’re in a position where you don’t know where to start.

“But there is always a way out from that turmoil. If I can do it, anyone can.

“Five years ago, I was a 27-stone heroin user but then I got sober, lost weight and learned to love myself again.”