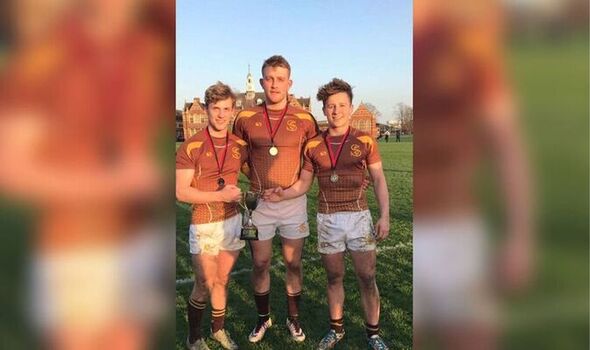 Tributes have been paid to a 20-year-old student after he died of a heart attack.

Studying abroad in the USA, Henry Foster was described as a “born winner” and “genuine lad” after his death. He had gone to America on a rugby scholarship at Central Washington University.

His friend Sean Brogan said Henry, from Hull, was “the kind of guy everyone loved” and his death came “out of the blue”. After his cardiac arrest, Henry’s brain was starved of oxygen and he was put on life support, reports the Liverpool Echo.

Henry was “kept alive” just long enough for his family to arrive at the Virginia Mason Medical Center during the height of Covid to “say goodbye to him properly”. Now just over a year on from his death, Sean has run eight marathons in seven days to honour his life.

Speaking to the Echo, Sean said: “It was out of the blue you hear of these things happening but you never think it will happen to one of your mates. I’ve never met someone so popular he was a genuine lad.

“He was super sporty and super fit, everyone just got on with him he did not have a bad bone in his body. Anybody who met would tell you that and I think that speaks volumes.”

last year, in May

The pair met while at sixth form together and Sean said he took up the challenge to “make Henry proud”. Henry’s family set up a GoFundMe two days after his death to raise money to bring his body back to the UK which raised over £100,000.

Sean said: “We did the first two marathons in London and they were tough. It was really long and difficult and I thought I had bitten off more than I can chew.

“It was just one foot in front of the other and on the last day, we ran 37 miles. I hope Henry would be proud of what I did and his family were right behind it. I hope we did him proud.”

If you would like to donate to the GoFundMe page more information can be found here.