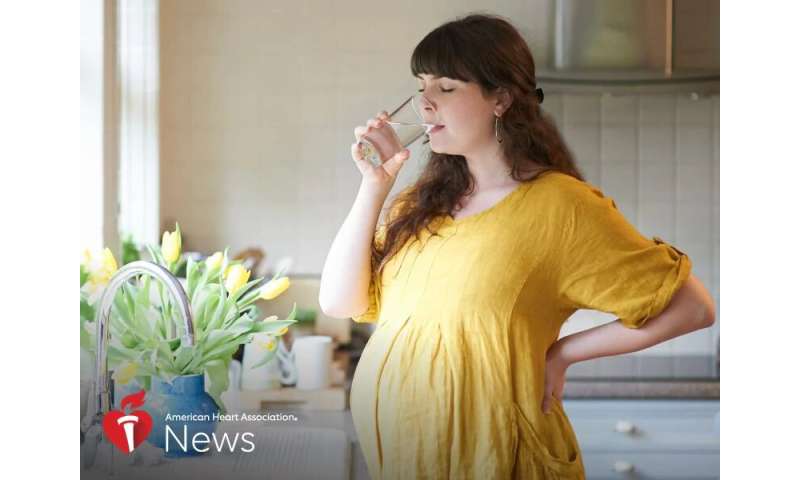 Hot summer weather impacts some people more than others, and pregnant women are among those most likely to become overheated.

Barely more than a week into summer and as heat waves blanket Europe and the eastern United States, what are the risks for expectant mothers?

“It’s not unexpected to see pregnant women come to the hospital … on a hot summer day,” said Dr. Elizabeth Suzanne Langen, an assistant professor in the University of Michigan’s Department of Obstetrics & Gynecology in Ann Arbor. “When you’re pregnant, your body is already working hard to keep you and your baby healthy, so adding the hard work of keeping cool can push you over the edge.”

Symptoms of overheating include warm skin, headache, dizziness, muscle cramps and nausea, according to the Centers for Disease Control and Prevention. Pregnant women who have a body temperature above 102.2 degrees Fahrenheit are at greater risk for heat stroke, heat exhaustion and dehydration.

Dehydration is one of the causes of Braxton Hicks or so-called practice contractions, and it also can increase the incidence of dizzy spells and fainting, said Dr. Alisse Hauspurg, an OB-GYN specialist and assistant professor at the Magee-Womens Hospital of the University of Pittsburgh.

“If a pregnant woman gets dizzy and falls, that can cause more significant complications, including early labor or placental abruption, which might necessitate early delivery,” Hauspurg said.

That doesn’t mean pregnant women should avoid the outdoors, she said. Exercising is OK when precautions are taken.

“If women are going to exercise outside for long periods of time, we recommend that they stay well hydrated, wear loose-fitting clothing and avoid high heat and humidity,” Hauspurg said. “Staying hydrated is one of the most important things.”

However, dehydration is not the only risk associated with overheating: High fever or hot tub use in the first trimester has been associated with changes in the structure of the fetal heart and neural tube defects, which can result in conditions such as spina bifida.

Indeed, a study published early this year in the Journal of the American Heart Association suggested higher temperatures from global climate change may increase the number of infants born with heart defects between 2025 and 2035, with the greatest increase predicted in the Midwest.

It’s not clear exactly how overheating impacts fetal development, but animal studies suggest it may cause cell death or interfere with certain proteins involved in fetal development during the first trimester.

“Having a temperature of 101 or higher and flu-like symptoms isn’t necessarily dangerous for you or your fetus, but you should be seeing your doctor,” Langen said. “Pregnant women get sicker a lot faster, so we tend to be a little more aggressive about treating fevers in pregnancy than we would a normal healthy person.”

Pregnant women who feel they are overheating should take the same steps other people should: move to a cooler place, sip water, loosen clothing, apply wet cloths to the skin and sit in cool bathtub water. Those who experience vomiting, worsening symptoms or symptoms that last longer than one hour should seek immediate medical treatment.

While she expects to see overheating pregnant women in the emergency room again this summer, Langen said for the vast majority of them, the risk is low.

Can vaccination-at-home help kids get immunised during the pandemic? Here are some pros and cons

Why The WHO Just Updated Its Face Mask...

Gestational Age at Birth Tied to Hospitalizations to...