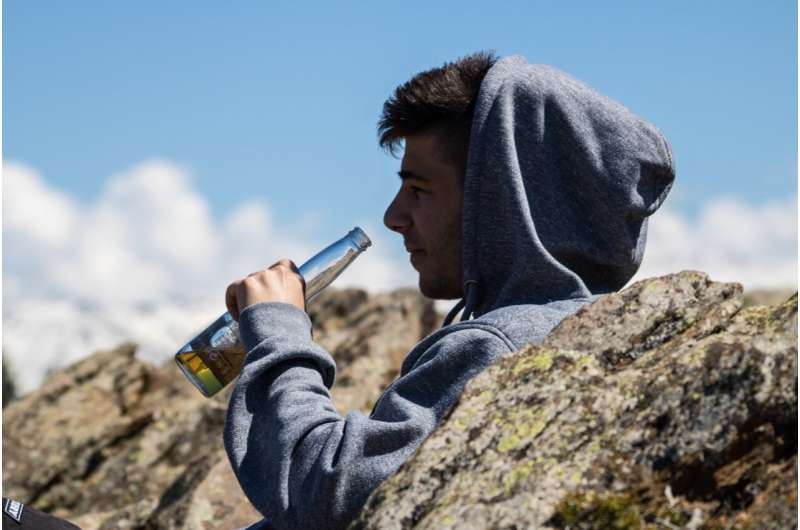 The idea that alcohol, cannabis, and other drug abuse and dependence disorders lead to suicidal tendencies in adolescents and young adults is being challenged by the results of a new study in PLOS ONE conducted at Université de Montréal and CHU Sainte-Justine children’s hospital.

“For the first time ever, our meta-analysis reveals that the likelihood of suicidal tendencies preceding substance-use disorders is equally high,” said the study’s first author Charlie Rioux, a graduate of the doctoral program in psychology at UdeM.

Adolescence is often a time of great vulnerability, discovery and search for autonomy. Some young people, for various reasons, will turn to substance use, but will also find themselves struggling with suicidal thoughts and behaviors.

Problematic substance-use and concomitant disorders among youth have multiple negative physical and psychological consequences. At the same time, suicidal tendencies, which typically emerge and peak during adolescence, often reflect other mental health problems.

Several studies have shown that the link between substance use and susceptibility to suicidal ideation in adolescent and adult populations could be explained developmentally by four hypotheses.

The research team focused on 1) the hypothesis that substance-use disorders lead to suicidal tendencies through increased psychological distress and impulsivity, or substance-induced depression; and 2) the hypothesis of self-medication or use of substances to gain peer acceptance so as to cope with suicidal ideation.

“Although a number of meta-analyses on the association between substance use and suicidal tendencies have been conducted recently, they have not compared how these hypotheses may influence each other,” said Natalie Castellanos-Ryan, an associate professor at UdeM’s School of Psychoeducation and researcher at CHU Sainte-Justine.

The meta-analysis examined 25 published studies of these associations.

According to Jean Séguin, a professor in the Department of Psychiatry and Addiction at UdeM and researcher at CHU Sainte-Justine, “if the young person in distress is to be diagnosed and treated appropriately and effectively, it is essential to clarify these issues. Clinically, providers tend to focus on one problem or another because mental-health and addiction services are often not well integrated into emergency or primary care.”

The study suggests that associated disorders should be assessed and treated together and that clinicians should be vigilant about substance-use initiation in young patients with suicidal thoughts or attempts.