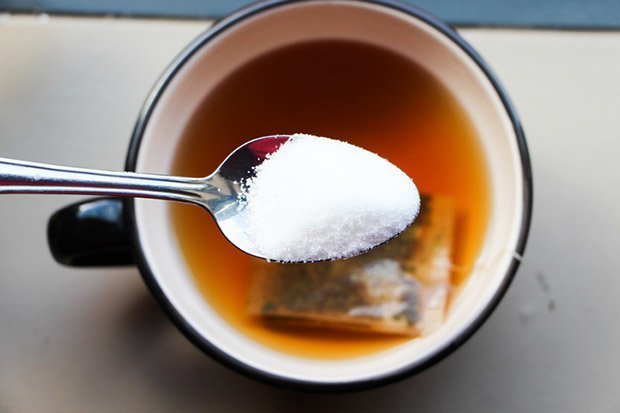 There’s very few things that can’t be made better by a cup of tea.

But if you’re adding a spoonful of sugar to make that brew extra comforting, you’re not actually making it any tastier – but you might be damaging your health.

A new study by a team from University College London and the University of Leeds, found that sugar doesn’t actually make tea more enjoyable.

Scientists analysed data for 64 men, who drank tea sweetened by sugar daily and were forced to follow a new habit for a month.

The group was split equally between men who gradually reduced the sugar in their drink over four weeks, those who quit in one drastic step, and a control group who continued to drink sweet tea.

The results showed that both groups who reduced their sugar were able to cut it out without it affecting how much they enjoyed their tea.

Some 36% of those who eliminated sugar in one step were able to kick their sugar habit for good, and 6% of those in the control group.

But 42% of those in the gradual reduction group quit sugar in tea, showing that gradual change is more successful.

They suggested the results could be replicated with other sugar “problems” such as fruit juice.

Health officials recommend no more than seven teaspoons of added sugar a day but sweet-toother Brits are currently consuming almost double that amount.

Cutting it out of your tea is a great place to start in cutting down your overall intake.