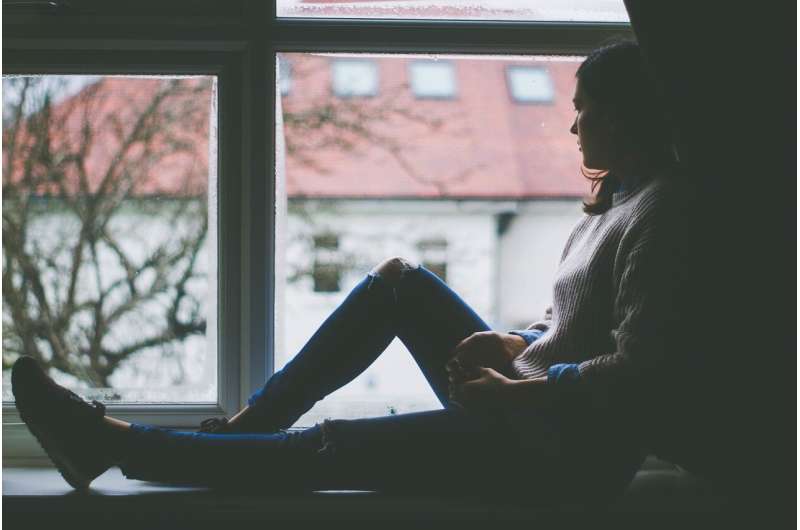 Patients seeking treatment for depression who have lower income and education and those who are members of minority populations tend to have worse treatment outcomes even when receiving equal access to treatment, according to new research from the University of Cincinnati.

Strawn, professor in the Department of Psychiatry and Behavioral Neuroscience in UC’s College of Medicine and a UC Health adolescent psychiatrist, said that previous research has concluded that people seeking treatment for depression with lower income and less education have worse outcomes because of a lack of access to quality health care, but it is hard to isolate socioeconomic factors as they are often intertwined.

The research team analyzed data from a very large clinical trial known as CO-MED that enrolled 665 patients seeking treatment for depression. In the randomized trial, all patients had the same access to treatment without differences due to health insurance or income.

After controlling for sex, age and treatment type following 12 weeks of antidepressant medication treatment in the study, the team’s analysis found patients who were non-white improved 11.3% less compared to white patients. Those who were unemployed saw 6.6% less improvement compared to employed patients. Compared to patients in the 75th percentile of income distribution, patients having income at the 25th percentile reduced improvement by 4.8%.

Strawn noted the findings are still preliminary, but he was particularly interested to find that patients without a college degree had 9.6% less improvement compared to college graduates.

“We think about these things in terms of access, we think about them in terms of income inequality, and I realize that education does track with those, but just having a college degree while controlling for all of these other factors still had a significant impact,” said Strawn.

Mills said that the findings do not negate the fact that a lack of access makes an impact on treatment outcomes, but it does show the importance of including a patients’ home environment when analyzing the effectiveness of treatment.

Strawn said other research suggests patients in resource-poor environments may be affected by greater chronic variable stress, meaning high stress in a pattern that is intermittent and difficult to predict. Other studies suggest chronic variable stress has a worse effect on patients than chronic sustained stress that is more steady, he said.

“So this is, ‘I was able to pay my rent this month, but I’m not sure that I will be able to next month. And I have a job right now, but I don’t know that I will next month,'” Strawn said. “So it’s just the impact of all those things as well as maybe having relatives or kids who have fewer educational resources or other job-related stress, or potentially other health problems, and you’re still running into those same barriers in terms of access and cost and support there.”

The study findings have the potential to impact clinical trials by designing studies that pay better attention to socioeconomic variables that may have been previously overlooked, Strawn said.

“When we don’t control for these variables, which we often do not in our clinical trials because of differences in populations, we may miss detecting an effective treatment because its effect is obscured,” Strawn said. “So it can potentially jeopardize our treatment development by not accounting for these factors.”

Strawn said those treating patients every day can use the knowledge from the study in a more straightforward approach. While removing barriers of access to treatment is important, he said clinicians must also acknowledge that a patient’s socioeconomic environment may be affecting their ability to get better with treatment when measuring progress and crafting future treatment plans.

Mills said the research also has important implications when crafting and implementing economic policy, such as the recently passed infrastructure bill or ongoing discussions on the minimum wage. The impact of a policy on an individual’s socioeconomic environment, and subsequently their mental health, is not typically considered, he said.

“Someone employed at a higher wage has a chance to improve their socioeconomic status and environment, and so they’re definitely less likely to get mental health problems,” he said. “If people with higher socioeconomic status do get mental health problems, what we’re showing is they’re more likely to improve if they get treatment.”

In the past, two researchers with different specialties in different colleges within a university may have never worked together on research like this, but the collaboration shows the benefit of what is called team science, a transdisciplinary approach to research.

Strawn explained that traditional multidisciplinary research often looks like a psychiatrist, a neurologist and a psychologist all within the College of Medicine working together on a project. While that has its place, team science works across disciplines and involves completely separate sets of expertise, concepts and approaches.

“We think of multidisciplinary as being kind of the fruit salad where you have your grapes and your bananas, but everything is still distinct,” Strawn said. “And then you have your transdisciplinary, where things are really blended and it’s difficult to tell whose contributions are whose. That’s probably more like the fruit smoothie of disciplinary integration. I think that’s hopefully what we’ve achieved.”

Mills said he has previously seen colleagues expected to closely collaborate who never published a paper together because their skill sets were too similar and they did not need each other to move forward. Alternatively, Mills and Strawn have interest in each other’s field and bring varying, complementary skill sets to the research.

“It’s further than just multidisciplinary, because if I get together with my colleagues, we still have had very similar training. We use the same jargon, we have similar ideas,” Mills said. “There’s not the same cross pollination in stepping out of your field and thinking about other topics and giving each other ideas and concepts that you may not have thought about.”