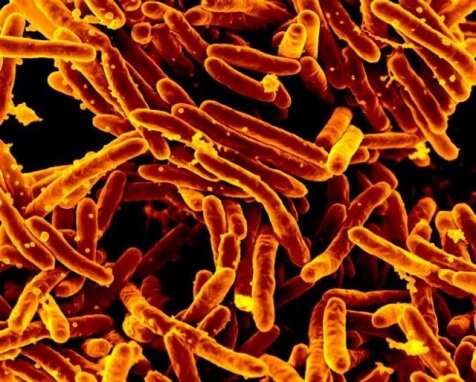 Young children exposed to tuberculosis are at surprisingly high risk of developing the disease, according to research led by the School of Medicine.

The findings, which was published online March 19 in The Lancet, come from the largest modern study to assess TB risk among children closely exposed to the disease. TB kills more people than any other infectious disease worldwide, including 205,000 children per year, according to the World Health Organization.

Yet estimates of children’s TB risk following exposure are dated; they’re based on data from studies in the 1940s.

“We found that the risk of developing TB disease was really, really high among exposed children, especially those younger than five with the TB infection,” said the study’s lead author, Leonardo Martinez, Ph.D., a postdoctoral scholar at Stanford. About 19% of one- to five-year-olds who were infected with the TB bacteria developed the disease—very different from the rates estimated from historical data. In general, the study found that, for some age groups, modern TB rates are lower than estimates for TB rates in the 1940s, whereas for children and teens, the modern rates are significantly higher.

In the 1940s, the elements contributing to TB risk were very different from what they are today. HIV infection, now a major TB risk factor, was unknown. Malnutrition, another big risk factor, was much more common. Modern tools for TB diagnosis, antibiotics and drug-resistant strains of the disease did not exist. “We felt a sense of urgency around updating data to reflect the current pediatric TB epidemic,” Martinez said. “So many factors relating to the disease have changed, and there was a significant need for new data.”

TB is caused by the Mycobacterium tuberculosis bacteria. About a quarter of the world’s population has contracted it, with most transmission occurring in close quarters, such as between family members. Tuberculosis occurs in all regions of the world, and in all age groups, but eight countries account for two-thirds of the world’s TB burden, according to the World Health Organization. These countries are India, China, Indonesia, the Philippines, Pakistan, Nigeria, Bangladesh and South Africa.

The immune system walls off the microbes in most infected people, keeping them healthy. But some infected individuals develop the active form of the disease, with symptoms such as a bloody cough, chest pain, fever, weakness and loss of appetite. The researchers focused on investigating how often children catch TB from an infected family member and go on to develop the active disease.

Martinez and his colleagues compiled information on TB risk in children from researchers around the world, pooling data from 46 smaller studies conducted since 1998 in 34 countries. The data tracked 137,647 children, starting when a family member or other close contact was diagnosed with active TB. Each child was followed for an average of four years. In addition to tracking TB cases, the researchers also evaluated several other factors, including the effect of medications given to children and other family members to try to prevent the bacteria from spreading.

In the study, 1,299 children were diagnosed with active TB within 90 days of their initial evaluation. Another 999 cases of the active disease were diagnosed during the follow-up period.

Children with HIV were much more likely to develop active TB than those without HIV, the study found, mirroring a trend observed in adults.

“We’re not catching them soon enough’

“We can only give preventive therapy to children who have not progressed to full-blown TB disease,” Martinez said. “Since children who are exposed to TB develop the disease so quickly, it is difficult for health care providers to find these children in time to provide the preventive treatment. We’re not catching them soon enough.”