The severe acute respiratory syndrome coronavirus 2 (SARS-CoV-2), which is the virus responsible for the coronavirus disease 2019 (COVID-19), was originally detected in Wuhan, China in December 2019. SARS-CoV-2 is a rapidly evolving virus with a mutation rate that is about 9.8 x 10-4 substitutions per site per year, along with a high rate of lineage turnover. 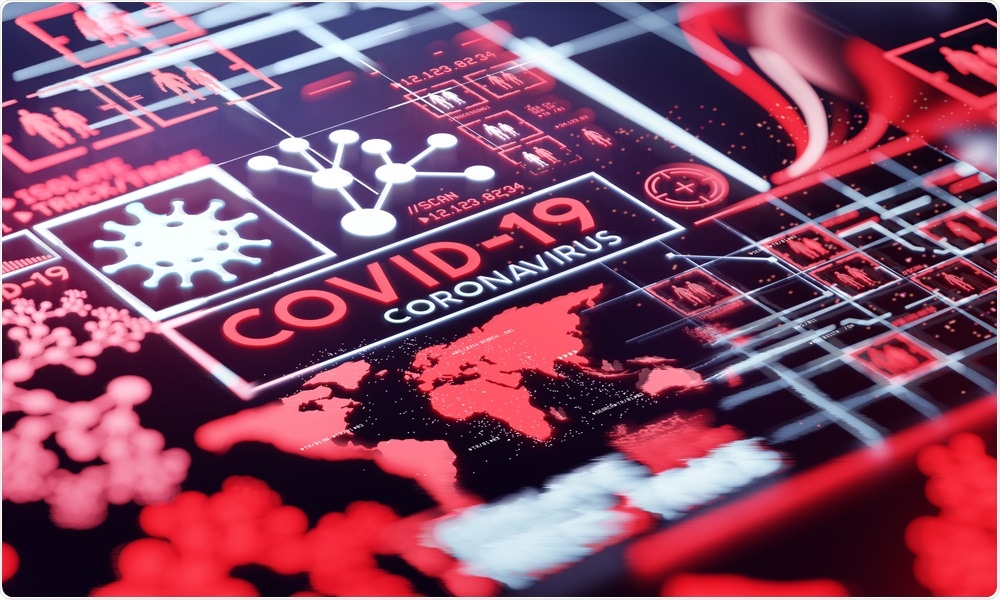 Study: Analysis of SARS-CoV-2 variants from 24,181 patients exemplifies the role of globalisation and zoonosis in pandemics. Image Credit: solarseven / Shutterstock.com

Different epidemic patterns brought about by SARS-CoV-2 have been observed in different countries around the world. A bell-shaped curve, which is typical of a seasonal viral respiratory infection, was observed in Asia. Comparatively, the bell-shaped curve recorded in Western countries experienced one or two peaks.

In Marseille, France, a bell-shaped curve was observed during the first COVID-19 wave, which was followed by almost no incidence between May and June 2020. However, a rapid increase in COVID-19 cases occurred in July 2020, thus causing the curve of this city to differ from the single bell-shaped curve that is typical for most respiratory viral infections. This surge in cases was thought to correspond with the emergence of new genotypes of SARS-CoV-2.

Next-generation sequencing studies led to the detection of various SARS-CoV-2 lineages that had different genetic, clinical, and epidemiological characteristics. The classification and naming of these different lineages are required to communicate about them.

However, the naming of SARS-CoV-2 variants was difficult due to several reasons. Firstly the virus evolves through continuous genetic variation, thus leading it to have a high mutation rate. Secondly, an association between SARS-CoV-2 exists with other animal reservoirs, especially minks.

Some of the SARS-CoV-2 specific naming systems include Nextstrain, GISAID, Pangolin, and World Health Organization. Although these systems are useful, they are not helpful in providing information on local genetic trends and correlating the epidemiological and clinical characteristics with its genotypic patterns.

A recent study published in the pre-print server medRxiv* aimed to use their own classification and naming of the different SARS-CoV-2 lineages that would help monitor their genetic features and geographical origins.

In the current study, the daily COVID-19 mortality rates were obtained from John Hopkins University, which covers data acquired from 221 countries and locations between April 22, 2020, to June 24, 2021. Data mining processes were then used to determine the dynamic of COVID-19 at the country scale.

Genotyping of SARS-CoV-2 from nasopharyngeal samples took place between February 2020 and August 2021. The specimens, which had a cycle threshold value (Ct) of less than 20, were sent for whole-genome sequencing. Specimens with a Ct value between 20 and 30 were used for comprehensive coverage of the study period, whereas specimens with a Ct value of more than 30 underwent qualitative polymerase chain reaction (qPCR) assays.

The results of the current study indicate that countries that are isolated either geographically or politically faced only one epidemic episode and thus had a single bell-shaped curve. Whereas in Europe and United States, several epidemics were found to occur successively involving different viral variants.

The city of Marseille, which has been an important location for tracing of cholera and plague epidemics in the past, also showed similar trends during the SARS-CoV-2 pandemic. It was observed that the first SARS-CoV-2 infection involved people who lived in northwest Italy and at the French/Italy border. The border was closed after the first phase of the epidemic, but opened in early summer 2020 and was quickly followed by a short epidemic.

This epidemic indicated the emergence of a new variant, which was named Marseille-1, that had originated from sub-Saharan Africa. This epidemic ended within two months and the variant did not spread beyond Marseille.

This period was followed by the introduction of a second strain named Marseille-2 that had originated in Spain during the early summer of 2020. In 2021 the Alpha variant was introduced by French people who returned from the United Kingdom. Two other variants including the Beta and Marseille-501 strains were introduced by people of Comorian origin.

The Delta variant was imported from an Indian sailor who traveled from India to Marseille in the spring of 2020. Two other variants were imported in 2021 from Colombia and the Republic of Guinea. Thus, it was observed that travel played an important role in the introduction and spread of new SARS-CoV-2 variants.

The results of the study also found that the role of epizootics in animal herds was not considered in the generation of new SARS-CoV-2 variants and their transmission to humans. Minks were found to play a major role in the expansion of the pandemic.

The current study also showed that different variants of SARS-CoV-2 reported different clinical patterns of infection. Patients infected with Marseille-1, for example, reported a reduced incidence of rhinitis and dyspnea and were less likely to be hospitalized as compared to Nextstrain clade 20A in Marseille between February and May 2020.

The authors concluded that the different waves of the epidemic are brought about by different variants of SARS-CoV-2. The major source of these variants is cross border travel and animal reservoirs. Thus, controlling the borders efficiently and regular surveillance of animal farms can help reduce the incidence of new SARS-CoV-2 variants and the occurrence of new epidemics.