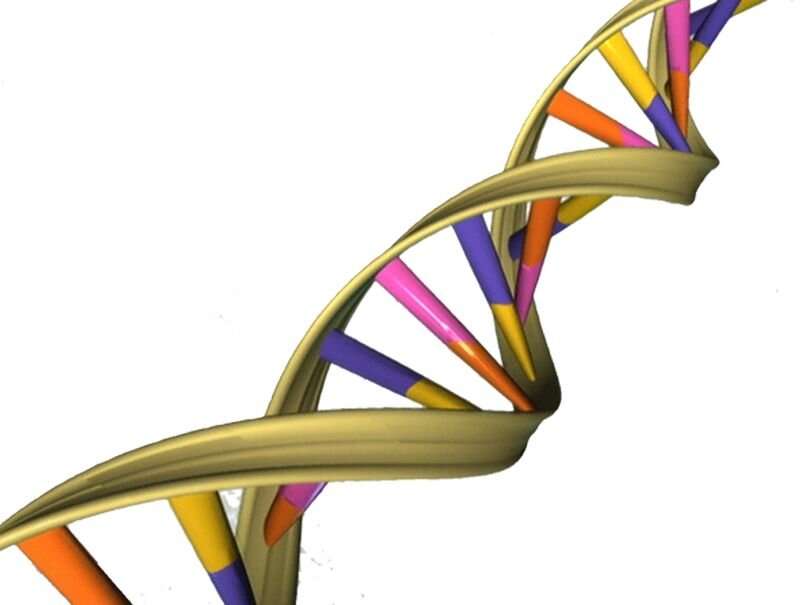 Researchers at the Francis Crick Institute have pieced together genetic and molecular changes that lead to a rare progressive neurodegenerative condition called ataxia with oculomotor apraxia 2.

Ataxia with oculomotor apraxia 2 (AOA-2) is a rare progressive neurodegenerative condition. The disease, normally triggered between 7 and 25 years, leads to problems with muscle and eye movements and is a major cause of disability.

It is triggered by mutations in the SETX gene which impact the production of an enzyme known as Senataxin. While this enzyme is known to be important in repairing DNA damage and maintaining genome stability, the precise mechanism of what happens when this enzyme does not work properly is not yet understood.

In their study, published in Proceedings of the National Academy of Sciences, the scientists conducted whole genome analysis of cells taken from patients with AOA-2, as well as human and mouse cell lines that had been genetically edited to remove the SETX gene, and therefore did not produce Senataxin.

During the processes of replication and transcription, sections of DNA are copied, and in both cases, this requires molecules to travel along the DNA. It is not uncommon for these transcription and replication machineries to collide, pausing the process and leading to the formation of loops in the DNA, called R-loops.

The researchers found that Senataxin plays an important role in removing these loops, so that transcription and DNA copying can continue correctly. Senataxin does this by melting away the R-loops so that they no longer pose a block to these essential processes. Without Senataxin, there is an accumulation of DNA damage and cells become unstable and die.

Radhakrishnan Kanagaraj, first author and former senior postdoctoral research fellow in the DNA Recombination and Repair Laboratory, at the Crick, says, “There are various ways cells can fix impediments to transcription and replication. But when cells can’t produce Senataxin, they must rely on other methods, increasing the chance of damage to the DNA or errors in the process of copying it.”

Stephen West, group leader of the DNA Recombination and Repair Laboratory, at the Crick, says, “While the importance of Senataxin in this disease has been established for some time, this is the first study to carry out whole genome analysis of cells taken from patients to confirm how the lack of correctly functioning Senataxin is impacting DNA replication and transcription.