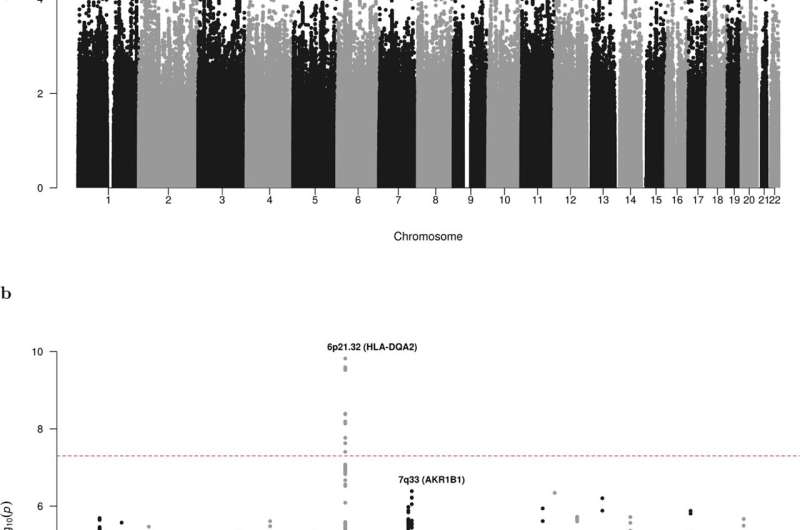 Researchers have discovered that there is a genetic susceptibility to developing acute myeloid leukemia, a cancer of the white blood cells.

The condition can, at times, occur in relatives and is caused by single inherited gene mutations, although such families are rare. The genetic risk has not been understood by scientists, until now.

Experts compared the DNA sequence from over 4,000 AML patients with DNA from over 10,000 healthy individuals. They found two genes with variations in their genetic sequences that are strongly associated with the development of AML.

Professor James Allan, from Newcastle University Centre for Cancer, who led the international study, said: “This is the first study to show that common genetic variants determine the risk of developing AML and it is the first step in explaining why some people get this disease and others do not.

“One of the genetic variants we found is located in a part of the genome that controls immunity and demonstrates that our own immune system plays an important role in detecting and eliminating AML cells.

There are approximately 2,700 new diagnoses of AML each year in the UK and it is one of the deadliest forms of leukemia. Adults and children can get the illness, but it is most often diagnosed in older people.

AML can run in families but is extremely rare and does not make a major contribution to disease burden at the population level. Rather, most people who develop the condition have no family history of the illness.