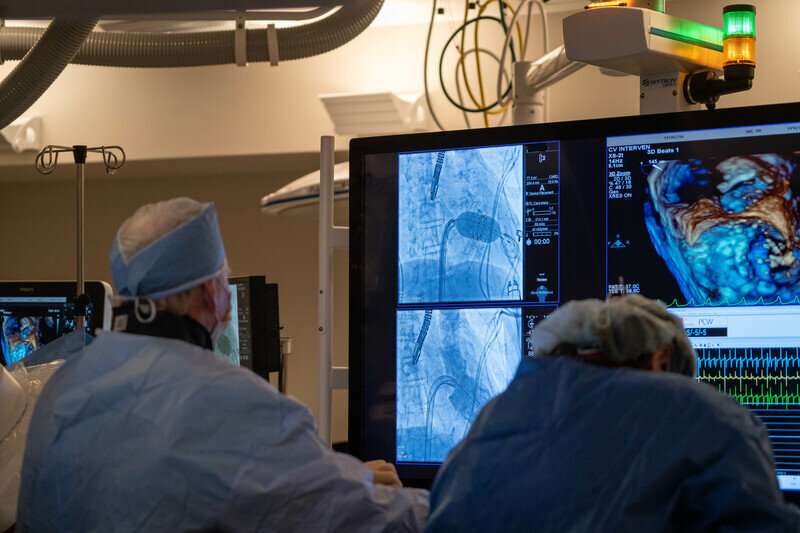 A new study by researchers at Intermountain Healthcare in Salt Lake City finds that patients without standard modifiable heart risk factors who experience a heart attack are common and more likely to fare better than heart-attack patients with known risk factors, but researchers say it remains difficult to identify those at risk for an event before it happens.

Intermountain researchers have been studying the puzzling trend of the high-frequency of heart attacks among people who don’t have commonly known modifiable risks for cardiovascular disease, including smoking, high-blood pressure, high cholesterol, and diabetes.

In the new study, Intermountain researchers examined non-ST-elevation heart attack patients and found that those without known modifiable risk factors fared better than those with them.

These findings are important because they add to a body of research that, they hope, will lead to ways to identify who and why these patients are at risk of having heart attacks, and design better care methods to prevent them.

Findings from the study were presented at the American Heart Association’s Scientific Sessions 2022 in Chicago on Sunday, Nov. 6, 2022.

“This study showed us how many patients we see with these kinds of heart attacks, who were not obvious candidates for one, who were coming into our hospitals, and what their outcomes were” said Jeffrey L. Anderson, MD, lead author of the study and cardiologist and heart researcher at the Intermountain Healthcare Heart and Vascular Program. “It’s not a small number, and we need to identify who is at risk.”

“The best time to treat a heart attack is before you have one, and we need to figure out how we can help these kinds of patients before they do,” he added.

In the retrospective study, Intermountain heart researchers identified 8,196 Intermountain patients who had a Non-ST-Elevation Myocardial Infarction (NSTEMI), the most common type of heart attack, where the artery isn’t completely blocked but the heart can’t get enough oxygen.

Of those, 1,458 patients did not have any standard modifiable risk factors. Researchers then looked at patient outcomes, and their chance of having a major cardiac event 60 days later.

They found that these patients were slightly less likely to have revascularization procedures than heart attack patients with known modifiable risk factors. They also had a lower chance of a subsequent major cardiac event or dying within that 60-day window.

These findings helped Intermountain researchers quantify this patient population, according to Dr. Anderson, and to document their outcomes. A better outcome makes sense in that they appear to carry a lower burden of factors causing advanced disease.

“But it does leave us with the question and the challenge of how exactly how we identify these patients who are going to go have a heart attack who don’t have standard modifiable risk factors,” said Dr. Anderson. “The question is, can we identify them in advance and provide prevention measures?”