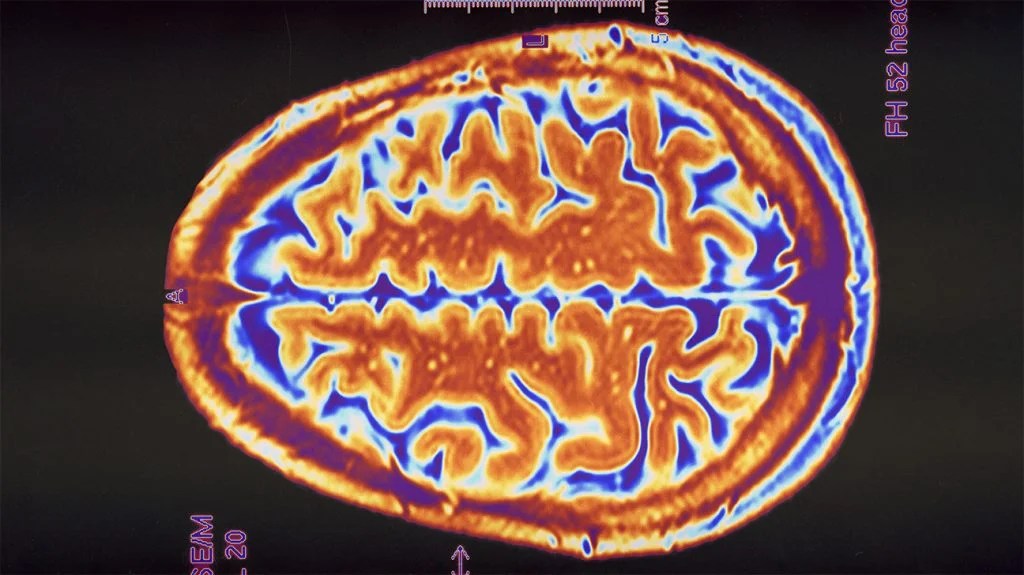 Our bodies continually send us signals. These cues let us know, for example, when we are in pain, when we are hungry or thirsty, when we need to rest, and so on. refer to our perception of these internal signals as interoception.

Dr. Camilla Nord, lead author of a new study from the University of Cambridge in the U.K., explained: “Interoception is something we are all doing constantly, although we might not be aware of it. For example, most of us are able to interpret the signals of low blood sugar, such as tiredness or irritability, and know to eat something.”

However, in some mental health conditions, interoception may occur differently. People with anorexia may feel full when they are not. People having a panic attack may feel they lack air even though they are breathing.

The study identifies an area of the brain that functions differently in people with some mental health conditions.

The researchers’ conclusions may also represent an opportunity for new treatments, since current antidepressant medications and psychological therapies do not address this region of the brain.

The study appears in The American Journal of Psychiatry.

A common thread in brain scans

It is clear that interoceptive disruption may be a driver of certain conditions, such as anorexia, Dr. Walter Kaye told Medical News Today.

Dr. Kaye is the founder and executive director of the University of California San Diego Eating Disorder Research and Treatment Program and the lead author of a investigating interoceptive miscues.

He said, “We are very interested in this issue in the eating disorders field, as it likely is involved in body image distortion and lack of response to hunger but no proven treatments so far.”

As the study authors note, many studies reported that brain activity during interoception is altered in several mental health conditions. However, it has remained unclear whether these interoceptive differences are all underpinned by the same brain region across all conditions.

To investigate the possible existence of a common brain malfunction, the authors of the new study performed a meta-analysis of existing neuroimaging data.

With a final sample of 33 separate experiments, the researchers compared functional MRI (fMRI) scans from 626 people with mental health conditions and 610 control participants.

Included in the sample were people with unipolar and bipolar depression, anorexia in remission, anxiety, and schizophrenia.

Dr. Nord explained, “We wanted to find out whether there is something similar happening in the brain in people with different mental disorders, irrespective of their diagnosis.”

According to Dr. Kaye:

“It may be that most or all behavioral disorders involve the circuits in the brain that modulate neural processes for appropriate decision making in response to internal and external stimuli. Disorders may differentially impact parts of this system, resulting in a range of symptoms.”

Disrupted activity in one specific place

These signals related to hunger, pain, and other internal cues, such as those associated with tickling and itching sensations, heat, and thirst.

Further analysis revealed that the region of the brain implicated in affective processing — that is, dealing with emotional feelings, mood, and attitudes — was distinct from the cluster involved in interoceptive signals.

While there was nearby activity from affective processing, the researchers found no overlap, thus definitively associating the observed activity with interoceptive processing.

Nonetheless, the researchers performed a third analysis to explore the degree to which existing psychological treatments or antidepressants for affective disorders might have some effect upon the cluster. Again, they found no overlap.

This suggests that the dorsal mid-insula cluster may be an unexplored, novel target for pharmacological intervention.

Dr. Nord is planning to investigate the use of new mental health treatments, such as brain stimulation, as a means of promoting normal function in the cluster. She concluded:

“It’s surprising that in spite of the diversity of psychological symptoms, there appears to be a common factor in how physical signals are processed differently by the brain in mental health disorders. It shows how intertwined physical and mental health are, but also the limitations of our diagnostic system — some important factors in mental health might be ‘transdiagnostic,’ that is, found across many diagnoses.”