A new study on diversity, equity, and inclusion in the healthcare leadership structure of organizations in the United States has found that women are underrepresented, despite making up a majority of the overall healthcare workforce. Fifteen percent of health system and health insurer CEOs are women, according to the study, which was published online today in JAMA Network Open. Representation by women as chairpersons of the board of directors at health systems and health insurers was just slightly better: 17.5% of chairpersons at health systems are women, and 21.3% of boards of directors have chairpersons who are women. 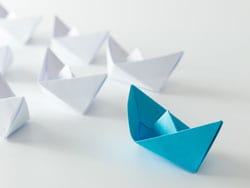 The study also found that having a woman as a health system CEO was associated with a higher proportion of women on the board of directors or in roles as senior executives. Having more women in senior leadership roles at health insurance companies was also associated with increased representation of women as CEOs, per the study.

Researchers also learned that more than half (58.1%) of the leadership positions in the US Department of Health and Human Services (HHS) are held by women.

Bismarck Odei, MD, lead author of the study, told Medscape Medical News that he was most surprised that “the healthcare system in one of the largest populated countries in the world, where women form a slight majority, has so few women leaders influencing the day-to-day healthcare realities of women.”

Still, he points to the gender diversity of healthcare organizations’ boards of directors as “not a trivial statistic.”

“It may be one of the more important parameters that can increase the representation of women in the CEO position across healthcare organizations,” said Odei, a radiation oncology resident at the Ohio State University Comprehensive Cancer Center.

As a benchmark, women are more likely to serve as CEO at healthcare organizations than at Fortune 500 companies. Fortune reported in June that only 8.1% of these companies are led by women CEOs. Barron’s reported in July that 29% of US board directors were women in 2020, which is up from 19% in 2014.

In addition, a 2019 analysis by consulting firm McKinsey revealed that organizations in the top quartile in terms of gender diversity on executive teams were 25% more likely to deliver above-average profitability than companies in the fourth quartile.

The JAMA study authors wrote that the underrepresentation of women on leadership teams, especially since women make up slightly more than half (50.8%) of the US population, “likely diminishes their role in policy decisions that affect population and women’s health.”

Putting the study in the larger context of research in this area, Odei observes that increased diversity improves organizational performance. “The US healthcare system has been valiantly trying to reach its full potential for some time now, and strengthening its leadership ranks with diverse and innovative voices will be key to achieving its goals.”

Odei’s other observations about the study include:

Doctors and nurses who are early in their careers also have a role to play. Odei encourages them to seek opportunities in education and leadership, such as leadership academies and internships, to start to wrestle with the current challenges and burdens facing the healthcare system. Novice doctors and nurses should also seek out mentorship and sponsorship opportunities with healthcare leaders, he said.