A stroke can lead to a brain injury, disability and even death. It’s caused when the blood supply to the brain is interrupted. What’s the sign in a person’s eye that could signal the life-threatening condition?

One 2015 case report published in the New England Journal of Medicine linked a visual problem with a higher risk of stroke.

There was a 77-year-old man who experienced three short episodes of blurred vision in his right eye.

The five-minute episodes stretched over an hour in total, with his vision returning to normal each time.

Concerned, he visited his eye clinic which revealed a blood clot was blocking the blood supply in his retinal artery – the medical term for which is amaurosis fugax.

Dr Ilias Georgalas, an assistant professor of ophthalmology at the National and Kapodistrian University of Athens, in Greece, said the clot came from the man’s carotid artery – that brings blood to the head and neck.

The doctor notes that people with a blockage in the eye’s central or branch retinal artery have a high risk of a serious or fatal stroke.

Speaking to Live Science, Dr Georgalas explained the case highlights that visual issues could be a warning sign of a cardiovascular problem. 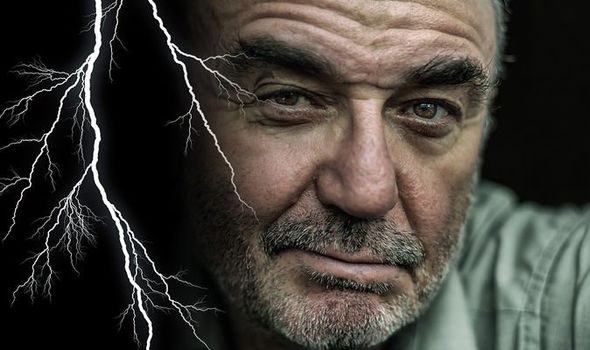 The 77-year-old man did indeed have high cholesterol levels and had been taking statin drugs for the past five years to try to lower it.

Dr Georgalas added that it’s very rare for a vascular problem in other parts of the body to not be seen in the blood vessels within the eyes.

The NHS confirms that high cholesterol levels increase a person’s risk of having a stroke.

To help lower the man’s chances of a stroke, a carotid endarterectomy – a surgical procedure to remove the blood clot – was performed by medical professionals.

Dr Georgalas advised that any temporary, painless loss of vision shouldn’t be ignored.

The NHS stresses the main symptoms of a stroke can be remembered with the word FAST.

The face may have dropped on one side, such as their mouth or eye. 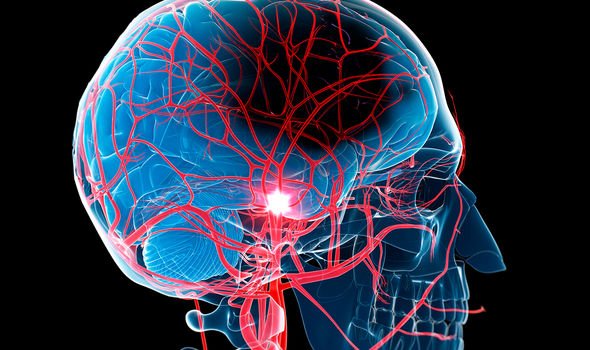 Should someone be suffering from a stroke, they may not be able to lift both arms and keep them there, as one arm may be numb and feel weak.

Speech may be slurred or garbled – if the person could speak at all. They may also struggle understanding what anybody says to them.

Call 999 immediately if you see any of these signs of a stroke.

There are two main causes of strokes: ischaemic and haemorrhagic. 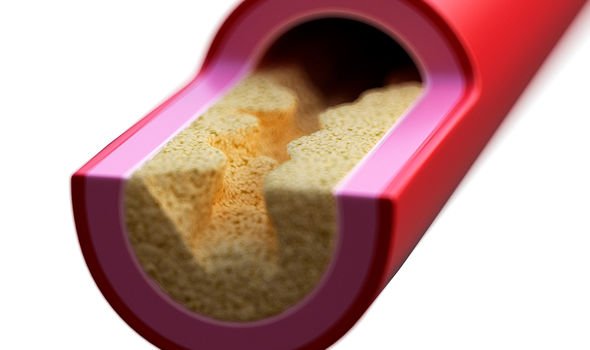 Accounting for 85 percent of strokes, this happens when the blood supply to the brain is stopped because of a blood clot.

This is when a weakened blood vessel, supplying the brain with blood, bursts.

There’s also a related condition called a transient ischaemic attack (TIA), where the blood supply to the brain is temporarily blocked.

This is what is known as a mini-stroke.