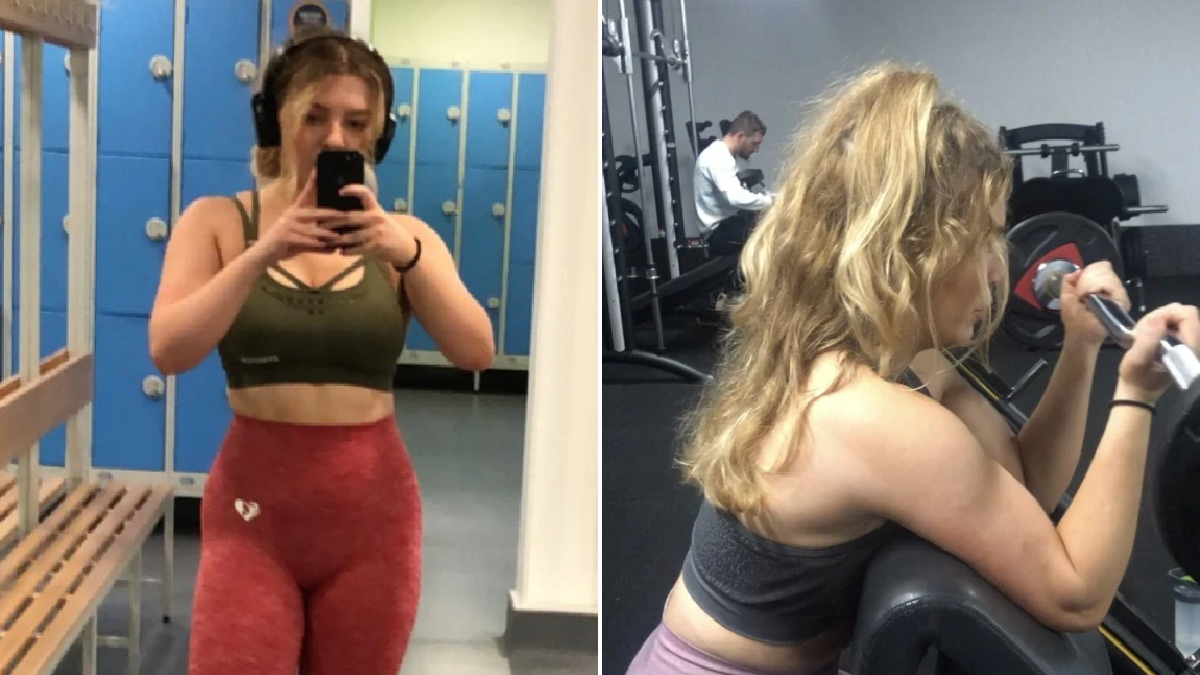 After being stuck at the same dress size for what felt like forever, I began to wonder if the dizzy spells and endless hunger was even worth it.

But I persisted, deciding that if my prom dress didn’t fit, then I didn’t deserve to go anyway. So when the zip finally made its way up my back, I was giddy with joy.

It’s only now, after five years, and through finding strength training that I’ve managed to kick my unhealthy relationship with food, but it hasn’t been smooth sailing.

I was always a small child and my size always seemed to attract well-meaning comments like ‘tiny’ and ‘petite’. While I had little regard for my frame and height growing up, by age 13, I was already monitoring the pounds on the scales – a byproduct of coming of age during the birth of social media.

This was a time where Tumblr ‘thinspo’ was a growing online community, sharing images that romanticised disordered eating. For me, the influence such images had were inextricably bound with the desire to achieve a marketable body – one that strangers would deem aesthetic enough to belong on their blog. Memories of certain trends, such as the ‘thigh gap’ and ‘bikini bridge’ remain particularly vivid.

Even now, I can still trace back through my weight entries from over the years, safely stored in the history of calorie tracking apps.

Throughout my teenage years, this toxic relationship with my weight persisted and reached its peak in my final year of sixth form when talk of our end of year prom emerged.

I’ll never forget the moment I looked back on photos from my year 11 prom and re-lived the disgust I felt seeing them the first time around – recoiling at my slouched posture, ‘fat’ arms and metal-clad smile. I became determined to reinvent myself in time for my next prom and began my new and supposedly ‘health-focused’ diet.

Every day was the same three meals and my calories were dangerously low.

Then there was my exercise regime. I’d never been a huge fan of cardio, so it wasn’t too strict, but it was enough to deplete my already less-than-adequate calorie intake.

I explained my change in lifestyle under the guise of wanting to make up for years of fussy eating by being ‘healthy’, to the point where I even had myself fooled.

By the time my prom came about, I weighed a meagre amount and beamed at the scales. Unsurprisingly, it didn’t take much time for me to realise how unsustainable this lifestyle was, but I still clung to it desperately in the year that ensued.

Starting university forced me to gradually become aware of my diet, as my unusual meal choices regularly raised eyebrows and jokes among flatmates, and I grew increasingly self-conscious.

But it wasn’t until I discovered strength training that I really entertained the possibility of being able to eat food and not hate myself for it.

Towards the end of my first year at university, my Instagram explore page was chock-a-block full of underfed bodies. But among them was a post from a female fitness influencer working out in an unfamiliar territory of the gym.

It seemed ludicrous to me, her supposed calorie-intake and the body that she had to go with it, all just from lifting some weights. But after that one interaction, my fascination grew.

After a few months of seeing similar posts, I was keen to give weightlifting a go, but I was nervous. I desperately wanted to train with a PT, but I didn’t have the money to. So instead, I decided I’d have to try and do it myself.

My first time stepping into the weights section was terrifying, I felt like a sore thumb as I frantically searched for the equipment I’d seen in videos. I compiled a list of exercises on my phone to try out and felt embarrassed every time I called on YouTube to double-check their execution.

And yet, by the end of the workout, I felt a sense of achievement that I’d never experienced before with cardio. I felt strong and unstoppable, my brain already getting excited at the possibilities this new world could uncover.

Admittedly, when I first started out, my goals were entirely aesthetic and I continued to neglect the importance of food. But as I began my own research into resistance training and joined their different online communities, this began to shift.

Countless articles insisted on the importance of increasing your calories to see results, regardless of your goals, and so I slowly began to bring food back into my life.

Now, after five years and an introduction to the world of weightlifting, I have gained 12kg in weight. I aim to go to the gym four to five times a week and my relationship with food has been completely transformed.

Over time, I realised that the more I ate the more I could lift in the gym, and suddenly food no longer felt like the enemy, but instead integral to advancing my lifting goals.

I’d be lying if I said it hasn’t been a challenging journey, unlearning the myths so prevalent about women and weightlifting takes time, but strength training taught me that food actually is fuel, and that not only am I allowed to eat it, but I’m also allowed to enjoy it.

Nowadays, I’m an advocate for intuitive eating, which means trusting my body to decide what I want to eat and how much. No food is off-limits and I’m so much happier for it.

Starting my journey with weights was a terrifying, slow process, and it took years of using only weight machines before I could muster the courage to enter the free weights area. Even now it can still be intimidating, but in those moments, I have to remind myself that I deserve to be there just as much as any other person. It’s a tactic that ultimately leaves me not just feeling physically stronger, but mentally too.

Sure, I’m no body builder, but leaving the gym knowing I can deadlift my own bodyweight has empowered me in ways I never could have dreamed of. Now I no longer dread food, and instead of monitoring the weight on the scales, I’ll monitor how much weight I can lift in the gym.

As I sat in a tapas restaurant with my family on my 22nd birthday, staring at the table in front of me literally covered to the edges with food, I realised how far I’d come on my journey.

It was a sight that once would have horrified me, but instead of being scared, I was excited to tuck in.

Discovering the world of strength training is something I’ll always be grateful for, and I never intend to look back.