One of the stars of Netflix’s popular TV show Stranger Things has single-handedly been raising awareness about his incredibly rare genetic bone condition, a new study suggests.

Gaten Matarazzo, 17, who plays Dustin Henderson, was born with a disorder known as cleidocranial dysplasia (CCD) that leaves him with teeth stuck in his gums and no collarbones.

The condition was even written into the show, with Matarazzo’s character referring to it by name in the very first episode and eventually getting dentures, and the actor has discussed it on several talk shows.

And researchers from Oklahoma State University in Tulsa discovered that this exposure boosted Google searches of the condition by as much as 94 percent.

One information page about CCD received a 125-fold increase in page views the week after season three premiered in July 2019.

SCROLL DOWN FOR VIDEO 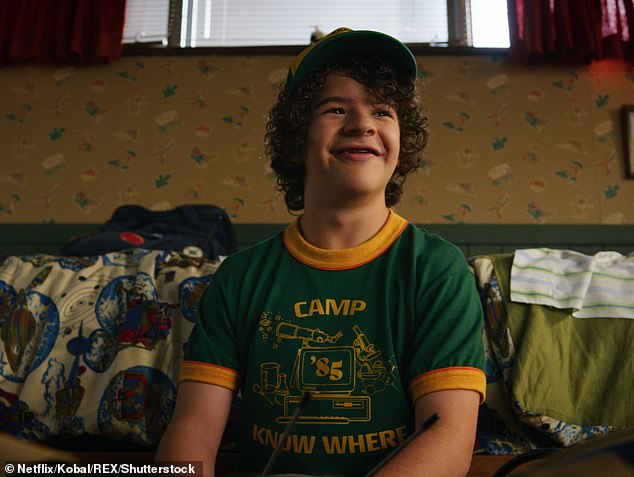 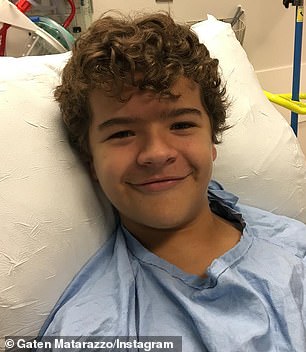 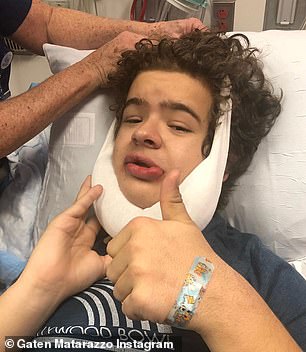 CCD affects the development of bones, mainly skull and collarbones, as well as the teeth. In February 2019, Matarazzo underwent surgery (left and right) address his impacted teeth, which he called a ‘complete success’

CCD is genetic disorder that affects the development of bones, mainly the skull and collarbones, as well as the teeth.

It’s caused by mutations in the RUNX2 gene, which provides instructions for making a protein that plays a role in developing bones, teeth and cartilage.

In the pilot episode of Stranger Things, Matarazzo’s character, Dustin fights back against bullies who taunt him as ‘toothless.’

‘I told you a million times, my teeth are coming in. It’s called cleidocranial dysplasia,’ Dustin tells them.

Matarazzo has undergone several surgeries because his baby teeth didn’t fall out properly and his adult teeth didn’t come in properly.

In season two, Dustin receives dentures, which he then ditches in season three after his new girlfriend declares ‘kissing without teeth is way better.’

There is no cure, and treatment consists of managing symptoms including dental care and providing calcium and vitamin D to promote bone development.

CCD is very rare with one in one million diagnosed and only 1,000 cases having been documented in medical literature, according to the National Organization for Rare Disorders.

For the study, published in JAMA Otolaryngology Head & Neck Surgery, the team analyzed data from Google Trends and CCD-related foundations after the release of each season of Stranger Things.

Researchers found that after each season premiered, there was a spike in searches of CCD ‘above what would be expected.’

The biggest jump was seen after season three, the most recent season, with a 94.4 percent increase in searches. 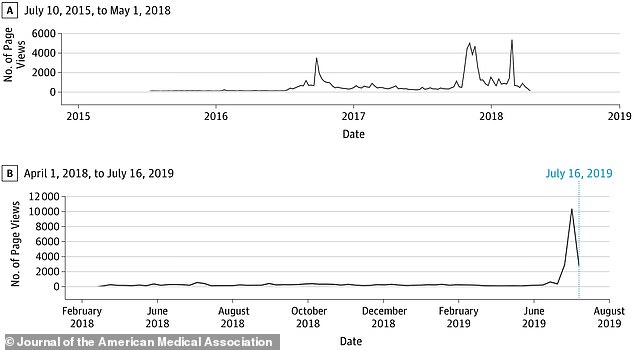 One CCD-related information pages had five to 80 page views per week, which increased to 10,000 visits after season tree premiered in July 2019 (above) 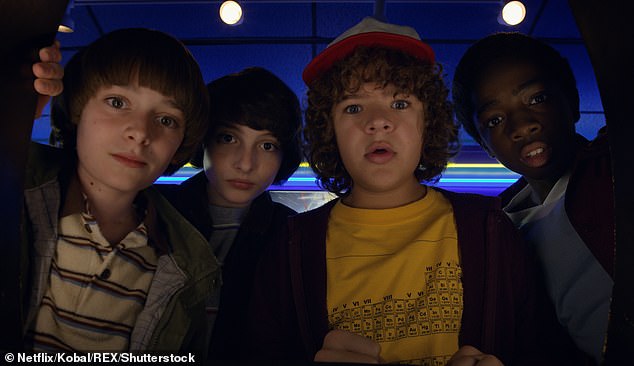 Views for CCD-related information pages surged, too. One page had no more than 80 page views per week before season three was released in summer 2019.

But during the week after the third season premiered, the page received an average of 10,000 views.

‘The media also have the unique opportunity to serve as a catalyst to correct public misperceptions and to foster accurate portrayals of rare disorders.’

Matarazzo has appeared on The Jonathan Ross Show and The Doctors to speak about his CCD.

The 17-year-old has also shared photos of his treatments, including surgeries he’s undergone, on Instagram, in an effort to destigmatize them.

Earlier this month, he shared a post-op photo from an operation to address his impacted teeth, which he called a ‘complete success.’