Stomach bloating is a common symptom that can be usually remedied by making simple lifestyle changes such as cutting down on gassy foods. In certain cases, it can be a sign of an underlying condition such as irritable bowel syndrome – a long-term condition that disrupts the body’s digestive system. About two in 10 people in the UK have IBS and get episodes six times a year or more, according to Bupa. It could also indicate that you are lactose intolerant, have celiac disease or in (rare cases) cancer.

If someone is suddenly having bloating in older age, that’s sometimes a red flag

“Most people who have bloating start experiencing it at a young age. But if someone is suddenly having bloating in older age, that’s sometimes a red flag that tells me something has changed and needs to be investigated,” says Dr Kyle Staller, a gastroenterologist at Harvard-affiliated Massachusetts General Hospital.

Harvard health recommends speaking to a doctor if the bloating persists more than a few days.

Certain medications may be the root cause too. The NHS explains:

“Certain medicines that your doctor may have prescribed for you for other health conditions can lead to side effects that may upset your tummy and cause indigestion, diarrhoea or constipation.”

In most cases, however, digestive complaints such as bloating can be treated by making simple changes to your diet and lifestyle.

The NHS recommends cutting down on the following gassy culprits:

“But make sure you still eat five portions of fruit and vegetables a day,” it adds. 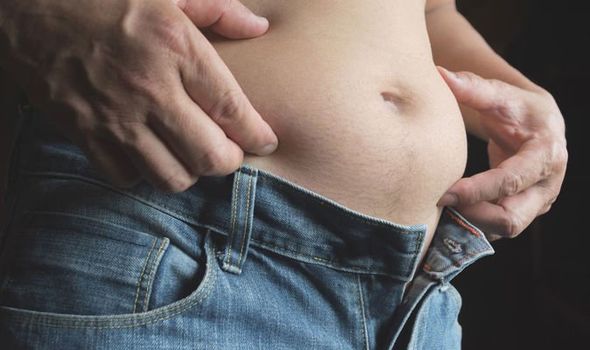 “But make sure you still eat five portions of fruit and vegetables a day,” it adds.

Constipation – another common cause of bloating, can be relieved by upping your intake of fibre-rich foods, said the health body.

Drinking to plenty of water should also ease symptoms.

According to Dr Oz, “H2O restores the sodium balance in the body and normalises your digestive tract.

Be sure to keep hydrated. Drink the daily recommendation of eight 8-oz glasses of water to rid the body of harmful toxins.

Other ways to beat the bloat include trying not to swallow too much air.

According to Daniel Freedberg, M.D., a gastroenterologist and Assistant Professor of Medicine at Columbia University Medical Center, “When people say they feel bloated, mostly what they feel is not food but air.

“Usually, it’s air in the colon, which is kind of a storage unit that can be decompressed like a balloon; it can be flat and almost nothing, or it can be all full of air and really big in volume. And when it’s big and full of air, people feel bloated and uncomfortable.” 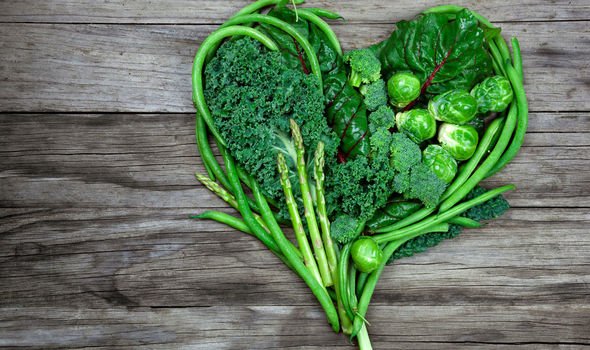 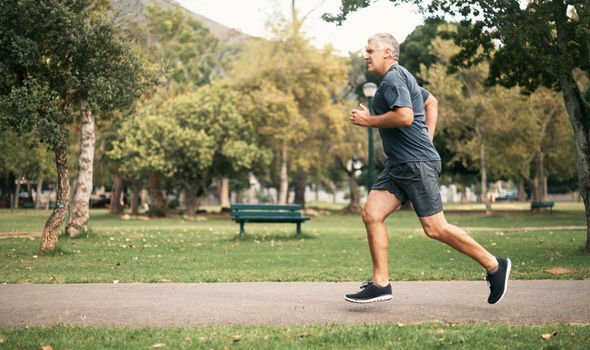 Exercise can help to loosen the bowels and encourage wind release – an effective way to reduce air building up. However, a commonly reported complaint is the post-exercise bloat, especially after running.

Dietary adjustments can help to alleviate this bloating, explains Natalie Rizzo, R.D., author of The No-Brainer Nutrition Guide for Every Runner. “If you eat a large meal shortly before a run, chances are the food is going to sit undigested in your stomach and cause distress.

“Don’t overload yourself with fatty foods, fibre, or sugary drinks before a run. Simple carbs like fruit or starches are considered easy to digest pre-run fuel.

“Listen to your stomach and pay attention to certain foods that may not agree with it. And, most importantly, stay hydrated throughout the day!”

A less intensive exericse to reduce swelling is a 20-30 minute brisk walk, four times a week, says the NHS.