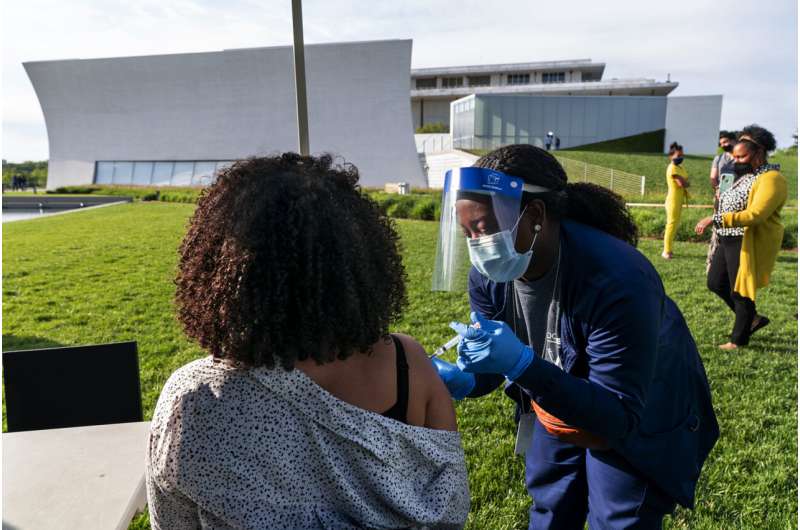 States asked the federal government this week to withhold staggering amounts of COVID-19 vaccine amid plummeting demand for the shots, contributing to a growing U.S. stockpile of doses.

From South Carolina to Washington, states are requesting the Biden administration send them only a fraction of what’s been allocated to them. The turned-down vaccines amount to hundreds of thousands of doses this week alone, providing a stark illustration of the problem of vaccine hesitancy in the U.S.

More than 150 million Americans—about 57% of the adult population—have received at least one dose of vaccine, but government leaders from the Biden administration down to the city and county level are doing everything they can to persuade the rest of the country to get inoculated.

He cited examples such as holding conversations with small groups of people in minority communities in St. Louis and asking Rhode Island churches to contact community members and offer them rides to vaccination sites. He also noted that a global Hindu American organization has turned temples into vaccination centers, making it easier for elderly members to get shots in a familiar setting. The Indianapolis Motor Speedway has added a vaccination site in which people can get their shots in a Formula 1 garage near the race tunnels. 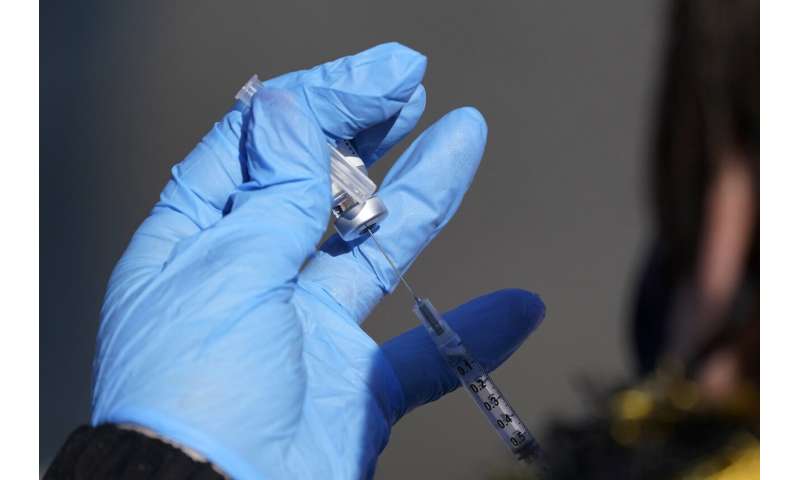 The Biden administration announced this week that if states don’t order all the vaccine they’ve been allotted, the administration will shift the surplus to meet demand in other states.

In another sign of the burgeoning national surplus, Biden announced last week that his administration would share the nation’s entire stock of AstraZeneca doses with the world once it clears safety reviews.

The huge supply and dwindling demand has highlighted the vast inequalities during the pandemic, with countries like India buckling under a disastrous surge of the virus and other nations having no doses at all. At the same time, wealthy countries like the U.S. are awash in vaccine, and seeing cases and deaths plunge as a result.

The federal government allocates vaccines to each state based on their population size, and then it’s up to the states to decide how many doses they want to order every week. Early on, states routinely asked for the full allocation —- and were clamoring for more shots—but now they are scaling back requests. 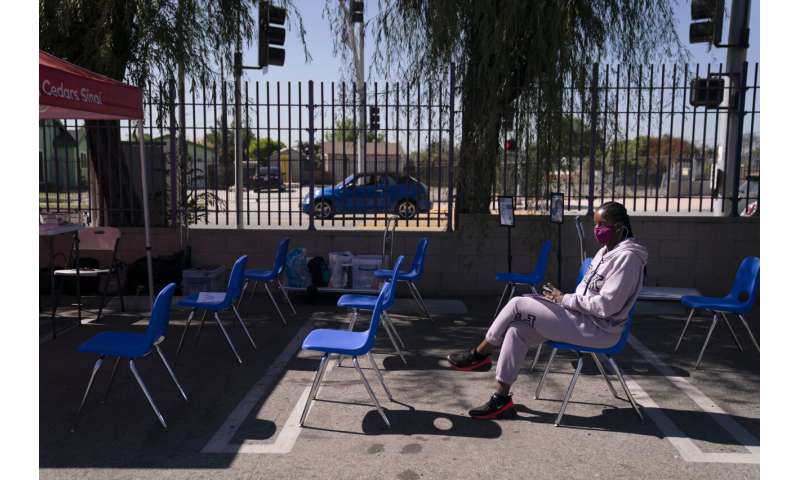 Wisconsin officials have asked for just 8% of the 162,680 doses the federal government had set aside for the state next week. Julie Willems Van Dijk, the state health department’s deputy secretary, acknowledged earlier that demand is softening and vaccinators are drawing down existing inventories before ordering more doses.

In Iowa, officials have asked the federal government for 29% of that state’s allocated doses next week. Kansas officials asked for less than 9% of their 162,000-dose allotment this past week. Counties have been turning down doses as demand plummets, leaving the state with a stockpile of almost 647,000 doses.

Melaney Arnold, a spokeswoman for the Illinois Department of Public Health, said the state has five weeks’ worth of doses on hand. Last week, state officials for the first time requested fewer doses than allotted because of declining demand. The state plans to request just 9% of its allotted doses for everywhere but Chicago for next week. 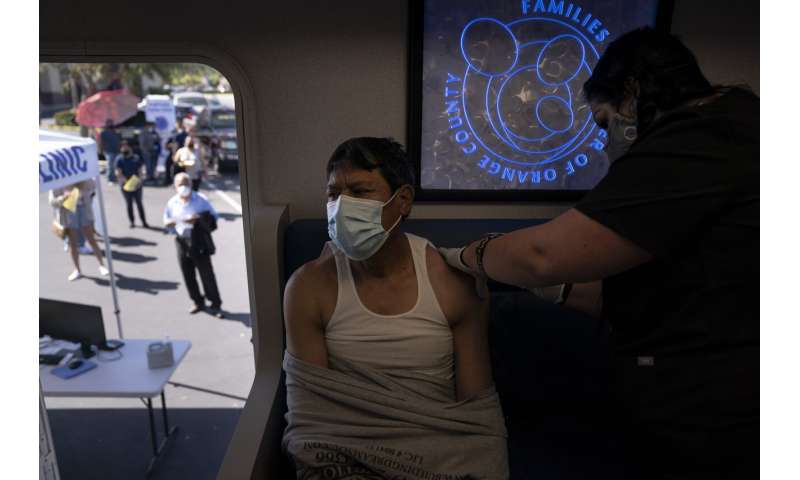 Connecticut has requested 26% of its allotment for next week. South Carolina plans to order 21% of its doses.

North Carolina has scaled back its request for the past week by 40%. Washington state also cut its order by about 40% this week, the first time the state’s order has been smaller than its allocation.

Not everyone is dialing back. Maryland and Colorado are still ordering their full amount. So is New York City. The average number of daily shots in the nation’s largest city has dropped about 40% since peaking at more than 95,000 in mid-April, but city officials want a steady supply of doses to create more shots at doctor’s offices, neighborhood pharmacies and other small providers, hoping to appeal to people who have skipped mass vaccination sites. 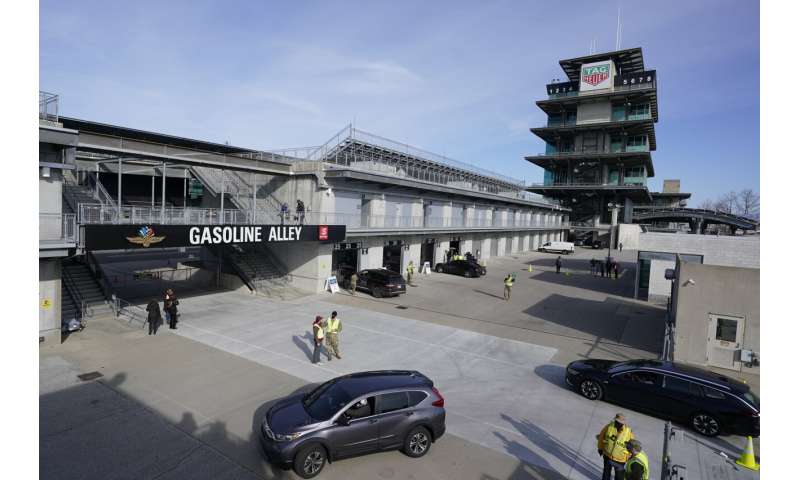 Health experts have generally said about 70% of the nation’s population would need to be vaccinated to reach herd immunity. The Biden administration wants to get 70% of adult Americans vaccinated by July 4, but has acknowledged the downward trend in vaccinations and the challenge to win over people who doubt the vaccine’s effectiveness or simply don’t want to get shots.

The president announced Tuesday that federal officials will expand smaller and mobile vaccination clinics for hard-to-reach communities and push education campaigns. He also has touted incentive programs, such as discounts for shoppers who get vaccinated at grocery stores.

North Carolina health officials are considering paying younger people to get shots. West Virginia has announced people between the ages of 16 and 35 will be eligible for a $100 savings bond if they get the vaccine or have gotten it. Detroit officials started a program Monday to pay people $50 for every city resident they sign up for a first dose and bring in for an appointment. 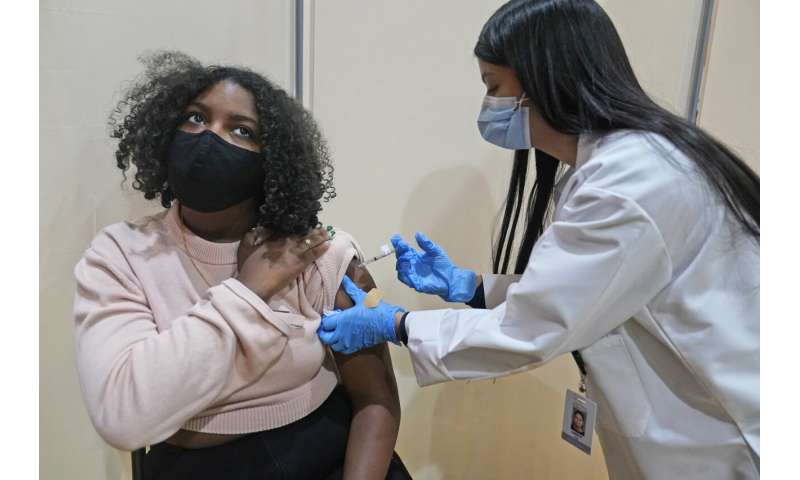 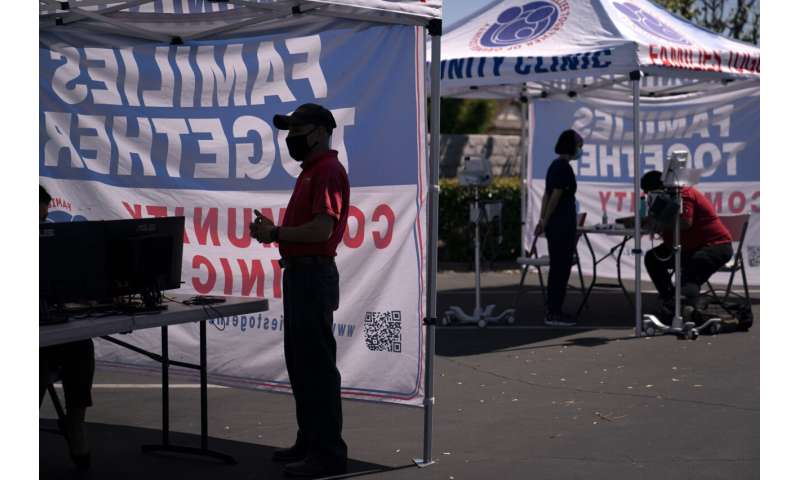 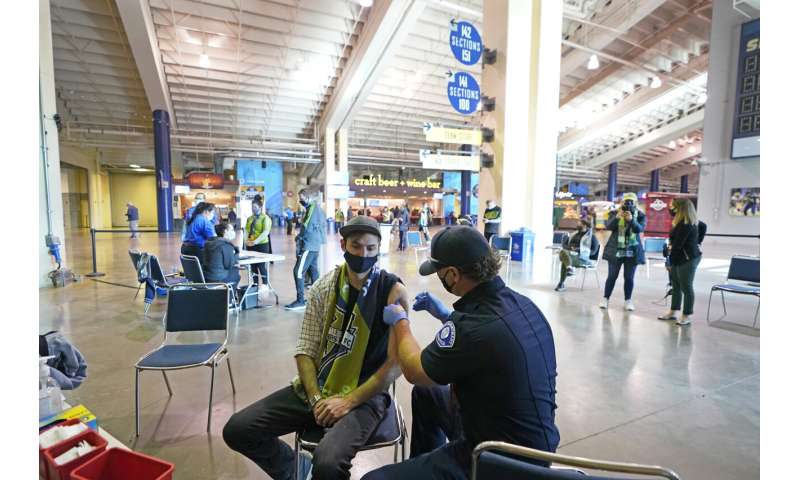