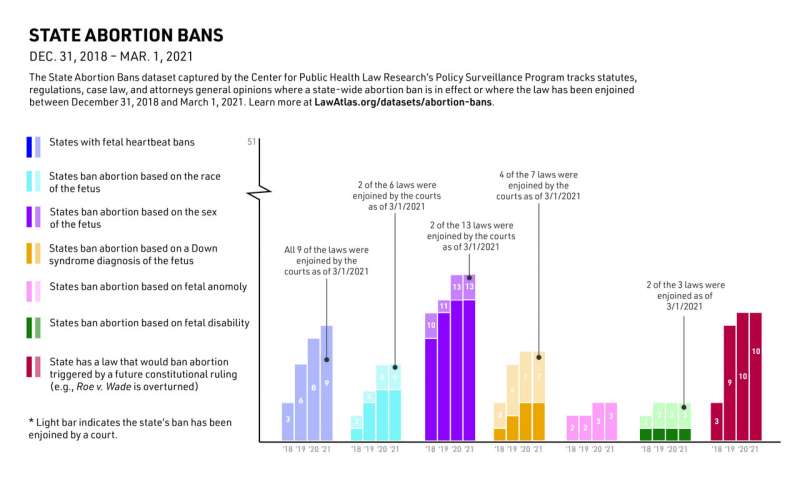 Even as the United States mounts more than half a million deaths from COVID-19, states continue to pass laws restricting access to reproductive health care, according to newly updated data released by the Center for Public Health Law Research Policy Surveillance Program on LawAtlas.org.

Analysis of the data, which capture state statutes, regulations, and court rulings in 15 different legal areas related to abortion across 16 datasets, from December 1, 2018, through March 1, 2021, finds changes in the legal landscape restricting access to abortion services. It also shows legal barriers to medication abortion and telemedicine that could otherwise be used to safely expand access during the pandemic and in general.

“We are now in our fourth update of these datasets since 2018, and we’re consistently seeing state legislatures chip away at access to essential abortion services,” said Adrienne Ghorashi, JD, program manager at the Center and lead researcher on the Abortion Law Project. “Instead of working to ease the burdens of the COVID-19 pandemic, some states have chosen to continue adding legal, financial, and logistical hurdles to abortion care, particularly for those communities most impacted by this public health crisis.”

As of the latest update on March 1, 2021, the researchers report: 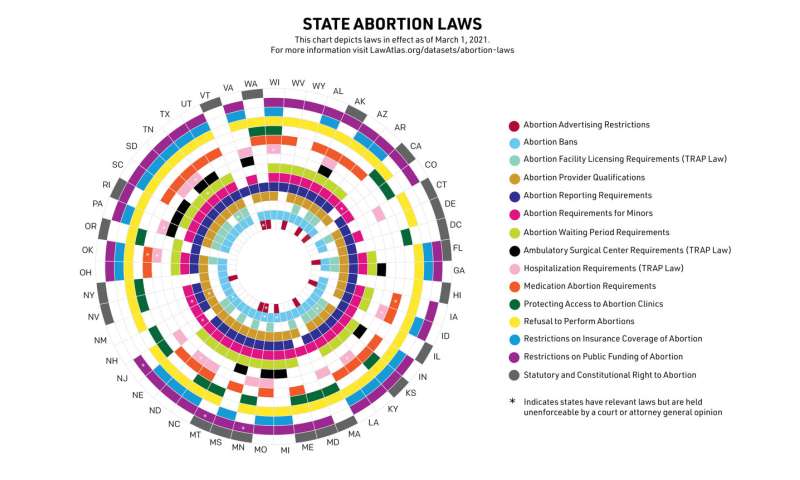 Massachusetts recently expanded access to abortion services. The state’s ROE Act, passed in December 2020, guarantees a statutory right to abortion, removes parental consent requirements for 16 and 17 year olds, removes a law that permitted only physicians to provide abortion services, removed a 24-hour waiting period, and added an exception that would allow termination in the case of fetal anomaly after 24 weeks of pregnancy.

“In an ongoing pandemic, it would be our hope that more state and local governments act to increase access to critical health care for their residents, as Massachusetts recently did,” said Ghorashi.