Speaking exclusively with Express.co.uk all about how she came to wear hearing aids and the motivations for her up and coming book, A Guide to Hearing loss and Deafness (working title), Baines spoke openly about what she still thinks needs to change within society to support members of the deaf community and the advice she would give to those who think they might be experiencing hearing loss but are unsure what to do or where to go.

When asked how she first learned that she had hearing loss and needed hearing aids, Baines shared: “Tinnitus was actually my journey into getting a hearing test.

“I actually have two types of tinnitus. I used to do a joke that I have two types because it was buy one get one free and I love a bargain,” she humourly remarks.

“When I was younger I had grommets in my ear and suffered from glue ear and I never understood what they were until my late 20s.

“And it was when I was at the Edinburgh Fringe Festival where Felicity Ward was DJing. She is a great DJ and I was so excited I was standing right next to the speaker. That was the first time I heard a strange noise coming from inside my ear. 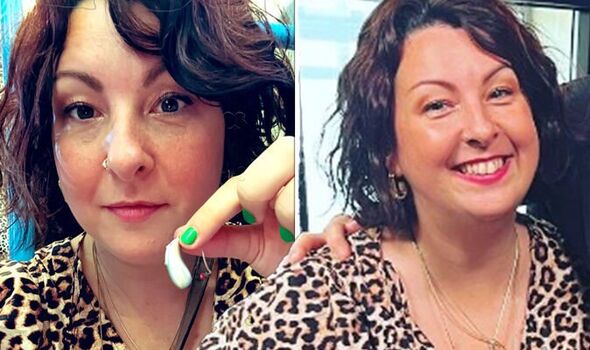 “It was like a whirring noise or a tiny animal rustling around. I genuinely thought I might have an animal living in my ear. It was a sort of scrambling noise. Following months of anxiety I went to the Doctor and was told I had tinnitus.

“So I was totally shocked when they turned round and said to me that I have hearing loss in both ears and moderate loss in my right ear and that they would advise I use a hearing aid in my right.

“To add insult to injury, I was sent for an MRI to ensure that my one-sided hearing loss was nothing more sinister.”

Initially, the shock for Baines was one of sadness and thinking that her life would be changed forever with her career as an actress and comedian ruined. But over time she quickly learnt that wearing a hearing aid is not just kept for “people with grey hair who had Werther’s Originals in their pockets.”

In fact, it wasn’t until Baines was told that she had tinnitus that she began to learn more about it, including that many individuals hear different sorts of noises, including a heart beat, musical hallucinations, or a deep rumbling.

Having learnt so much from her own experience, Baines is determined to educate others and show that hearing loss is not uncommon, in fact 12 million people in the UK have some form of hearing loss or deafness.

She added: “We as a society see the extremes of hearing loss represented on TV or via social media. We see the baby who has a hearing aid and is hearing their mum’s voice for the first time or Grandpa falling asleep at Christmas because no one turned on his hearing aid.

“But what we don’t see is the inbetween. People like Rose (Ayling Ellis), who was amazing on Strictly Come Dancing and Tasha (Ghouri) on Love Island, who are going about being proud of their deafness and that for me was what was missing when I was told I needed a hearing aid.”

Using her own platform and talents as a writer, Baines wrote award-winning book Harriet Versus the Galaxy which she also voices on Audible and Bloomsbury Education book The Night the Moon Went Out. Both of which feature a deaf protagonist.

After initially being nervous about her first ever book being published when asked about the reaction she has received from her two books she shared: “I don’t think I had ever read an adult or children’s book with a deaf protagonist. And so I didn’t set out to be a children’s author or to write ‘deaf books’ but in Harriet Versus the Galaxy, Harriet’s hearing aids can translate alien language. So there is fun and there are fart jokes in there but there is also representation.

“There is also a lot in there about hearing and what can damage your hearing and the process Harriet went through to get her hearing aids and how hearing aids don’t like water. So I just wanted to start the conversation and what has been amazing is that so many teachers have got in contact with me and they have a child with hearing aids in their class and the whole class will read the book together and all of a sudden, that child becomes a knowledgeable expert.” 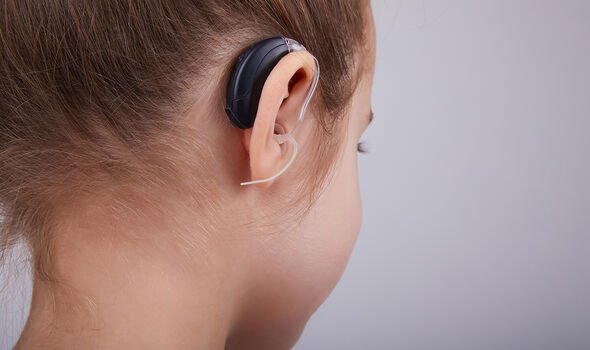 Having achieved so much already in terms of starting a conversation about deafness and hearing loss, Baines goes on to speak about how much there is left to do. For her personally she has started to learn British Sign Language, from a deaf person, but on a larger scale she hopes that society will start to adapt to make things easier for the deaf community.

One of these changes is the development of “designer hearing aids”, which would incorporate the developments in hearing technology seen in the likes of headphones and earbuds. She said: “Hearing aids have evolved so much over the last 20 years, but because there isn’t as much excitement or press around it, some people still have misconceptions.

“There is still so much people don’t know or understand about hearing aids. One day I want a Vivienne Westwood hearing aid. Like you can get Burberry glasses! Just accessories for hearing aids so people can have cool colours and things like that, especially for adults because when I got my pink one I was so excited. So moving in that direction would be amazing.”

When asked about any tips or advice that she had for others out there who might be finding the whole process of hearing loss scary, Baines finished by saying: “I would say you are not alone. There are lots of us out there and you should find your community. A lot of people say that community is one of the best things about being deaf. So find your local Facebook group or sign up to a charity. I did and I got to meet all these incredible people.

“Also do a bit of research because unfortunately at the moment you might not get all the information you need. But a quick Google there are so many tips and tricks that can be used to make your life easier. There are also so many awesome deaf content creators on Instagram. You are not alone and you will learn to love your deafness and hearing aids. I know I do.”

Baines’ new book A Guide to Hearing loss and Deafness (working title), will include facts and information but also anecdotal stories personally from Baines and others within the deaf community will be out in April 2023.