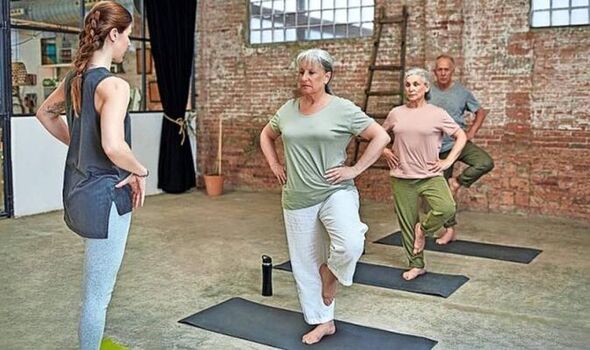 The balance test should be part of mid-life health check-ups, say researchers who found that people who failed the test were more likely to be older, overweight and tended to have diabetes.

Participants in the study were asked to take off their shoes and socks and place the front of the free foot on the back of the opposite lower leg while keeping their arms by their sides and their gaze fixed straight ahead. They were allowed three attempts.

The team of global researchers, including experts from Bristol Medical School, examined data on 1,702 people aged 51 to 75 from Brazil.

The study, published in the British Journal of Sports Medicine, tracked participants over a number of years.

After an average follow-up time of seven years, 123 people had died, or seven percent of the participants.

Some 17.5 percent of people who failed the test were among those who had died, compared with 4.6 percent of those who passed. After accounting for various factors, the researchers concluded an inability to stand on one leg for 10 seconds meant an 84 percent increased risk of death during the follow-up period.

Researchers concluded the 10-second balance assessment “provides rapid and objective feedback for the patient and medics regarding static balance,” and that the test “adds useful information regarding mortality risk in middle-aged and older men and women.”