Stand-up comic, 36, lived on Haribo sweets and bran flakes for a YEAR because they were the only foods that didn’t make her sick

A stand-up comic has told how she survived on Haribo sweets and bran flakes for a year because they were the only foods that didn’t make her feel sick.

Sianny Thomas, from Swansea, lived on the heavily-restricted diet to control nausea caused by an inflammatory bowel disease she didn’t even know she had.

The 36-year-old, who also works in an office, was eventually diagnosed with Crohn’s after she ended up in hospital because her relationship with food had deteriorated so badly.

Her year-long eating regime caused her to lose three stone (19kg) and left her with dark circles under her eyes and dull hair and nails.

She has since started medication for the incurable condition that has allowed her to start eating normally again, although she has to avoid ‘trigger’ foods with spice or high fibre.

Ms Thomas has now joined a campaign to encourage young people with digestive problems to use an online symptom checker, rather than delay seeking care.

It can even result in emergency surgery to remove part of the bowel, leaving them needing to use a colostomy bag. 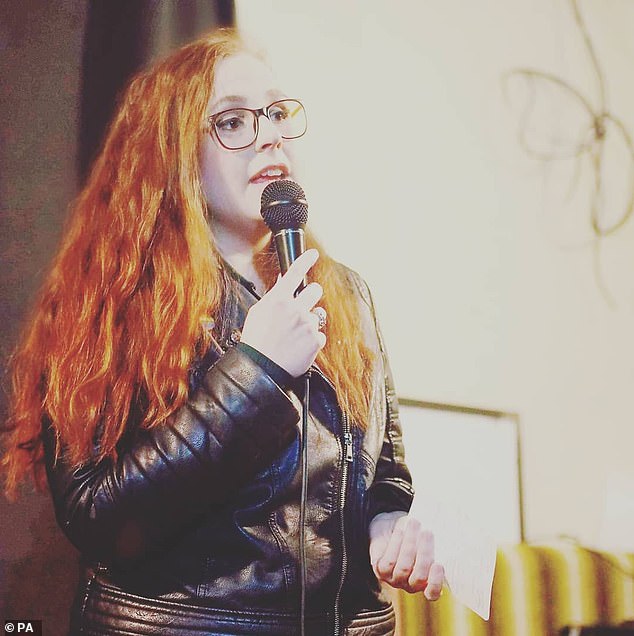 Stand-up comic Sianny Thomas, 36, from Swansea, Wales, survived on Haribo sweets and bran flakes for a year because they were the only foods that didn’t make her feel sick 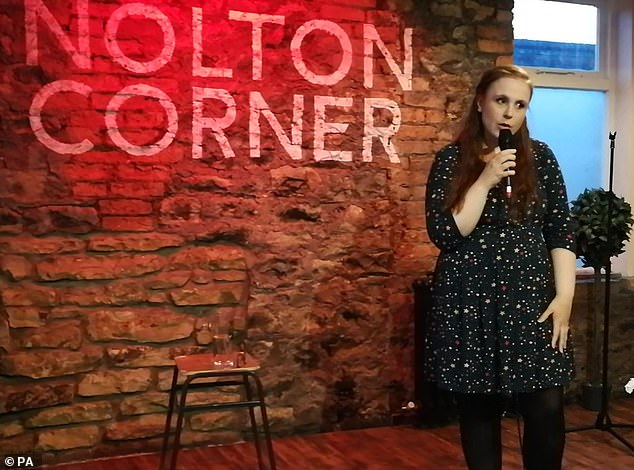 Around 50,000 people in Britain and 3million in the US live with Crohn’s disease or ulcerative colitis — another form or irritable bowel disease (IBS).

In both conditions, the immune system goes into overdrive, attacking healthy tissue in the gut.

Inflammatory bowel disease can develop at any age, although one in three will be diagnosed with the condition before they are 30.

Crohn’s symptoms include diarrhoea, stomach aches and cramps, blood in your poo, tiredness and weight loss.

Patients are given medicines — usually steroid tablets — to reduce inflammation in the digestive system and allow people to eat more regularly.

In severe cases, surgery may be required to remove the affect part of the bowel, leaving patients needing to use a colostomy bag.

They can also receive injections to help stop inflammation coming back.

Charities urge people suffering symptoms to use an online symptom-checker and go to their GP to increase the chances of being diagnosed early and not requiring as severe treatments.

If doctors suspect Crohn’s or colitis, they can arrange a poo test.

Measuring the level of calprotectin in a poo sample can show whether you have inflammation in your gut. Further tests are then performed in hospital.

Around 50,000 people in Britain and 3million in the US live with Crohn’s disease or ulcerative colitis — another form of irritable bowel disease (IBD).

The exact cause of Crohn’s is unknown but genetics are thought to play a part.

Problems with the immune system causing it attack the digestive system are believed to trigger the lifelong condition.

Symptoms include diarrhoea, stomach aches and cramps, blood in your poo, tiredness and weight loss.

Stomach aches can also cause nausea, as well as sharp, sudden pains in some cases.

Patients are given medicines — usually steroid tablets — to reduce inflammation in the digestive system and allow people to eat more regularly.

They can also receive injections to help stop inflammation coming back.

Ms Thomas said she ate the gummy sweets because they were the only thing she could have without being sick.

She added bran flakes to her limited diet after reading advice online, which suggested she had irritable bowel syndrome (IBS) — which requires different treatment.

‘I ended up in hospital after my condition flared, and was finally diagnosed with Crohn’s.

‘If I’d been diagnosed earlier I needn’t have had such strong medication, nor developed a bad relationship with food.

‘So if you have diarrhoea, stomach pain or blood in your poo, even if your symptoms come and go, use the symptom checker on the Crohn’s & Colitis UK website to see if it could be Crohn’s or colitis.

‘Then send the results to your GP so you both have everything you need to get the right diagnosis and the right treatment as early as possible.’

Another patient, Natalie-Amber Freegard, said her Crohn’s was so bad that even water would make her sick, and at one point during her seven-year wait for a diagnosis she only ate jelly.

She is now appearing in the charity’s new campaign to help encourage others to seek help sooner.

‘Everything I was eating wasn’t working. Evian [water] with a touch of fruit was killing me — I would throw up,’ the 30-year-old, from Swindon, said.

‘I was living on sugar-free jelly at one point, and even that would hurt.’

Both women have shared their experiences to help Crohn’s & Colitis UK promote its new public awareness campaign — Cut The Crap: Get Checked For Crohn’s and Colitis.

A poll of 10,000 British adults, commissioned by the charity, found 19 per cent of 18- to 24-year-olds would delay seeking help from the GP for at least a month if they found blood in their poo.

Many said they were scared to talk to a GP about symptoms like stomach pain, while others said they would not feel confident describing symptoms. 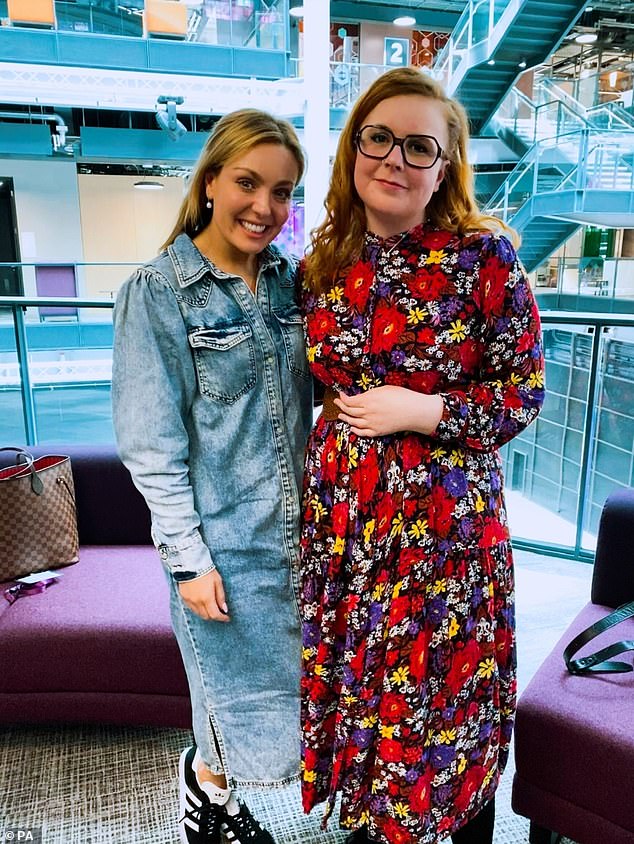 Several also said they would be embarrassed discussing persistent diarrhoea with their GP.

The charity said around a quarter of people with inflammatory bowel disease are not diagnosed for at least a year after symptoms start.

Its new campaign, aimed at younger adults, urges people to use its online symptom checker and talk to their GP about digestive health.

Meanwhile, it warned many young adults are turning to social media for advice — such as eating one type of food only — which poses a risk to health.

Crohn’s & Colitis UK consultant nurse Isobel Mason said: ‘If you ignore the signs of Crohn’s and colitis for too long, treatment becomes more difficult and you are more likely to need stronger medication, hospital admissions or surgery.

‘The earlier we diagnose, the earlier we can treat and the better people do, so we’d urge everyone to see their GP as soon as symptoms appear.’

The charity’s chief executive Sarah Sleet said: ‘There already were far too many people waiting over a year for a diagnosis before the pandemic. Since then, that figure will have soared.

‘Delays can be devastating, affecting people’s ability to do their jobs, go to school or college, socialise or have relationships.

‘It is urgent that we do more to help young people stay in control of their health, and that means providing them with the tools to get the right diagnosis from their GP as early as possible.

‘Our symptom checker gives people the confidence to go to their GP with a summary of what they’ve been experiencing, to help them get the right diagnosis and get back on the road to recovery.’