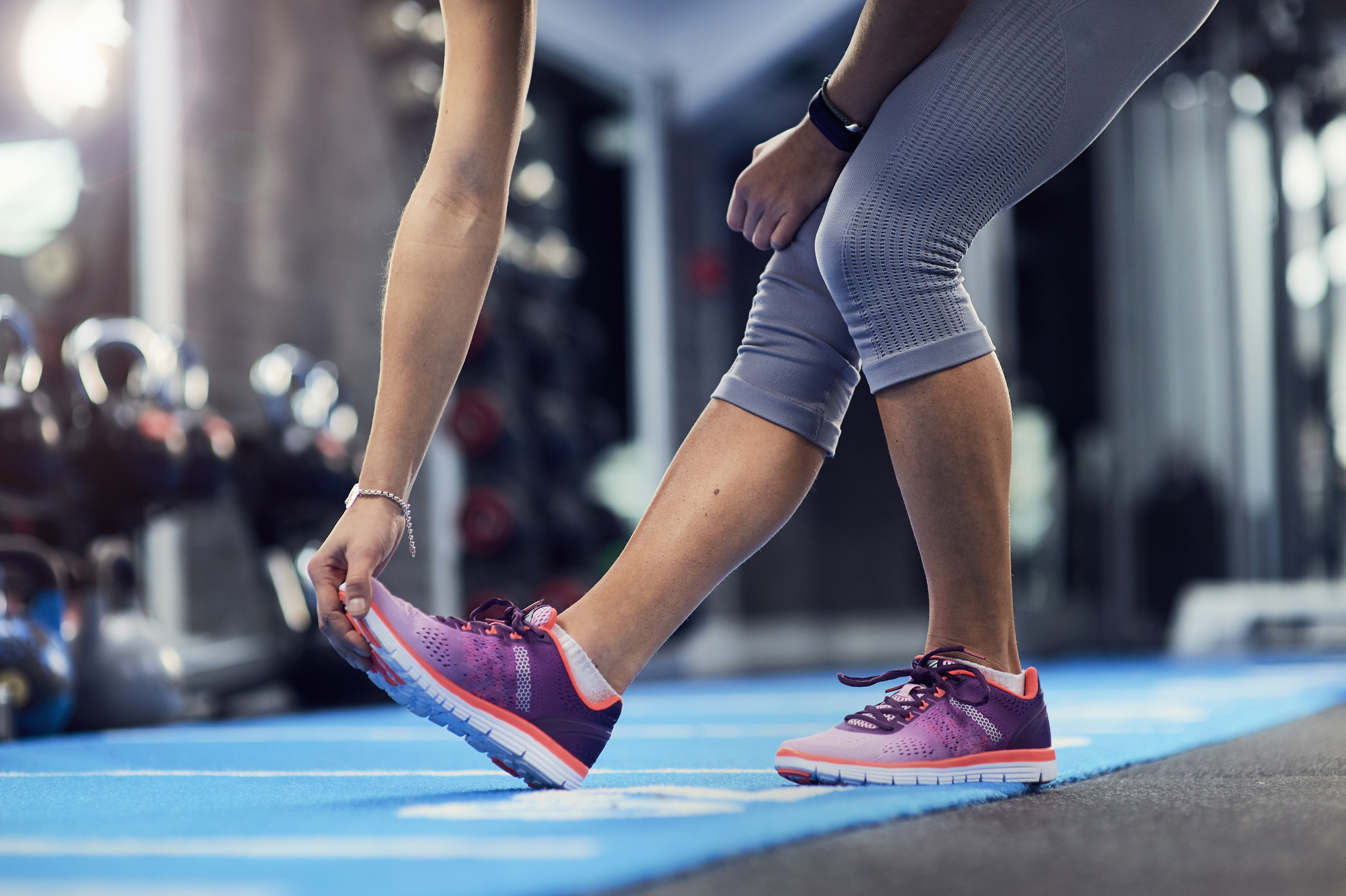 Well done you. You’ve nailed your January fitness plan and you’re starting to see results. You’re smashing out the sessions in a bid to get stronger, faster and fitter.

However, you don’t have to be an elite athlete to benefit from a rest day. And, with growing emphasis on sports recovery treatments at the moment, what you do outside of the gym is just as important as what’s done inside.

According to club subscription service Class Pass, we are taking self-care to new levels this year, with sports recovery emerging as a popular trend.

It’s report found that members are booking in for sessions including light therapy, infrared saunas, cryotherapy and hyperbaric chambers in a bid to take their fitness and recovery to a new level.

Footballer Cristiano Ronaldo, who is in peak physical condition at the age of 37, has also recently bought a hyperbaric oxygen chamber for use in his home and Usain Bolt, Daniel Craig and Jamie Vardy are thought to be fans of cryotherapy.

UK-specific data from the 2022 Mindbody Wellness Index found that 40% of us agree engaging in post-workout recovery is important.

So, should these experiences be scheduled in as part of our weekly workout routine, or are they all a bit much?

‘None of these treatments are new,’ says Dr Nicolas Berger, a Sports Scientist and Senior Lecturer in Exercise Physiology. ‘They are things elite athletes have been doing for years and while it’s great that people are starting to understand that training alone won’t lead to optimal results, it’s important to research the treatments’ effectiveness before buying or booking.

‘It’s also important to understand that the body already has an excellent feedback system. When you do any kind of physical activity, the body sends signals to the brain that it needs more oxygen and nutrients in the working muscles.

‘After physical activity the body needs to recover and repair. At this point the body has also sent signals to indicate where improvements need to be made so that the activity can be performed in a more efficient manner next time.

‘We experience thirst and hunger to rehydrate and replenish used energy stores and repair damaged muscle fibres, using the supplied nutrients the body starts building more capillaries (blood vessels) so it can supply the muscles with more oxygen and fuel next time, it will build more mitochondria (the power plants in your cells where energy is created) and produces more enzymes, which accelerate specific metabolic reactions in the body.

‘While we don’t yet fully understand the reasons for DOMS (Delayed Onset Muscle Soreness), which is most severe 48-72 hours after a training session, we do know that although some recovery treatments will reduce the pain, they will also blunt training adaptations, i.e. reduce the body’s processes to repair itself to make you stronger and faster.’

Sports Scientist Professor Greg Whyte agrees and says it’s interesting how it’s becoming a trend even though it’s fundamentally important to any kind of training programme.

‘Optimising recovery is always crucial to performance,’ he says. ‘However, most people are very limited on time and so use the time they have to train as hard and long as possible, thinking this yields the best results. But what they should do is optimise their training and make room for recovery, too.’

Greg explains that progressive overload is key to adaptation. ‘As humans we have to overload the system (work harder) each time for the system to adapt and this means stress on just about every system in our body, including the immune system, the cardiovascular system, the muscular skeletal system, which effectively get stronger with recovery. In our drive to speed up recovery with specialised treatments, we could be blunting the damaging effect of the exercise and our ability to fully recover. It’s counter- productive.’

So, hold back on that credit card payment for a course at your local clinic just yet, as in terms of sports recovery, these high-end treatments might be doing more harm than good for your fitness levels.

‘Cold water immersion (a bath of about 5-13C), ice baths (added ice cubes to the bath or packs directly on the muscle) and cryotherapy (where you’re blasted with liquid nitrogen at temperatures of -110 to -190C) can be useful for reducing inflammation, so will help to reduce DOMS, but they they will also severely blunt adaptations,’ says Dr Nicolas, who also works alongside cycling coach app Spoked.

‘In regard to hyperbaric chambers, it does reduce hypoxia and inflammation, but there are no studies that show any benefits specifically for recovery from sports — and it is certain that Ronaldo definitely doesn’t play any better due to his hyperbaric chamber.’

So what should we be doing? Well, it’s not rocket science and both experts are keen to stress that nutrition, sleep and rest are the main elements for recovery.

‘We know that the vast majority of adaption occurs during sleep as that’s when the body can concentrate on the repair process,‘ explains Greg, who is a former Olympian.

Dr Nicolas agrees, adding: ‘As soon as the body recognises a demand for something it’s very good at building pathways and becoming stronger.

‘The most important aspects of recovery are fuelling, hydration and sleep, so nail those and your recovery will already be optimised.’

During cryotherapy the body is exposed to drastic temperatures that prompt a fight or flight response, which triggers the release of epinephrine (adrenaline), endorphins and anti-inflammatory proteins.

‘This is a quick three-minute treatment that’s delivered at around -130 degrees either in a chamber (which is the room) or a CryoCabin also known as a cryosauna,’ says Maria Ensabella, founder of LondonCryo.

‘When the body is exposed to this temperature, the brain is tricked into thinking it is going into hypothermia, which causes the blood to rush away from the extremities to protect the organs.

‘When the three minutes are over and the body returns to a “normal” temperature, this can help reduce inflammation and improve blood circulation.

‘At LondonCryo, you wear thermal socks, gloves and robe (you stay in your underwear) and there’s no downtime needed afterwards — you’ll leave re-energised and ready to take on your normal activities.’

Hyperbaric oxygen therapy was originally used to treat decompression sickness in divers. It has gained traction in the sports world as it’s thought to help with chronic muscle pain and acute injuries.

‘Our Hyperbaric Hydroxy AirPod at The Body Lab is the first Airpod in the UK where hydrogen is introduced,’ says John Attard, Managing Director of The Body Lab.

‘It is thought that hydrogen might be able to target and reduce free radicals that cause disease, degeneration and ageing resulting from body oxidation.

‘Our AirPod is a 200cm x 80cm chamber that people lie down in wearing comfortable clothing. Inside you relax, answer emails, listen to music etc.

‘The feeling is similar to the sensation when taking off in a plane, but slower. The treatment lasts one hour, where you’re put under 1.3 bars of pressure, which is the equivalent of being 3.5m below sea level.

‘When this level of pressure changes, your body can absorb 30-40 per cent more oxygen.’

Typically, a Finnish sauna uses heated stones and water to create a hot and humid atmosphere to heat its participants.

An infrared sauna on the other hand emits infrared waves to heat beneath the skin — not the air.

You can’t see the light waves and while a traditional sauna can reach temperatures of between 65C-100C, infrared is usually kept at 50C-60C.

‘You can stay in the sauna for 30 minutes and you don’t need to go in and out to cool off,’ says Jenya Di Pierro, founder of Cloud Twelve Wellness Club which is home to an infrared sauna.

‘While inside, you can relax and listen to music so there are added mindfulness benefits, too.’