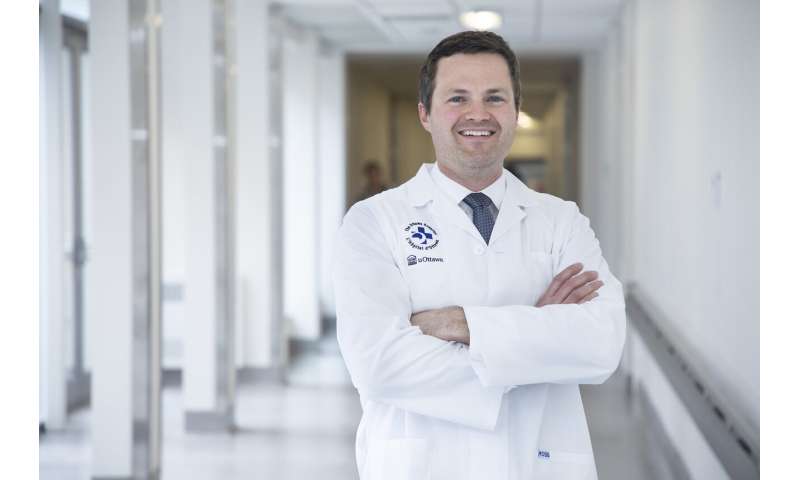 A new study published in The BMJ shows that people who had surgery to improve blood flow in their legs under spinal or epidural anesthesia were less likely to die than those who were given general anesthesia.

General anesthesia involves using drugs to make a patient unconscious and inserting a tube into their windpipe to help with breathing. Spinal and epidural anesthesia directly freeze the nerves to the legs and can be combined with lighter forms of sedation which do not involve a breathing tube.

This study, the largest of its kind, looked at medical records of 20,988 people who had leg artery bypass surgery in Ontario, Canada, between 2002 and 2015. Approximately two thirds of these surgeries used general anesthesia and a third used spinal or epidural anesthesia.

“We estimate that this finding could save at least 100 of the patients’ lives who undergo leg artery bypass surgeries every year both in Canada and the United States,” said lead author Dr. Derek Roberts, a vascular and endovascular surgeon at The Ottawa Hospital and incoming assistant professor at the University of Ottawa. “We hope to conduct a randomized controlled trial to confirm these results, but in the meantime our findings suggest that we should increasingly perform more of these types of surgeries using spinal or epidural anesthesia techniques.”

“We were surprised to find that some hospitals did these types of surgeries under spinal or epidural anesthesia more than 90 per cent of the time, while in others it was less than one per cent,” said senior author Dr. Daniel McIsaac, associate scientist and anesthesiologist at The Ottawa Hospital, associate professor at the University of Ottawa, and adjunct scientist at ICES. “We hope this study will help patients and physicians make more informed decisions about what type of anesthetic is best for each patient.”

The study also found that patients who had spinal or epidural anesthesia were able to leave the hospital half a day earlier than those who had general anesthesia.