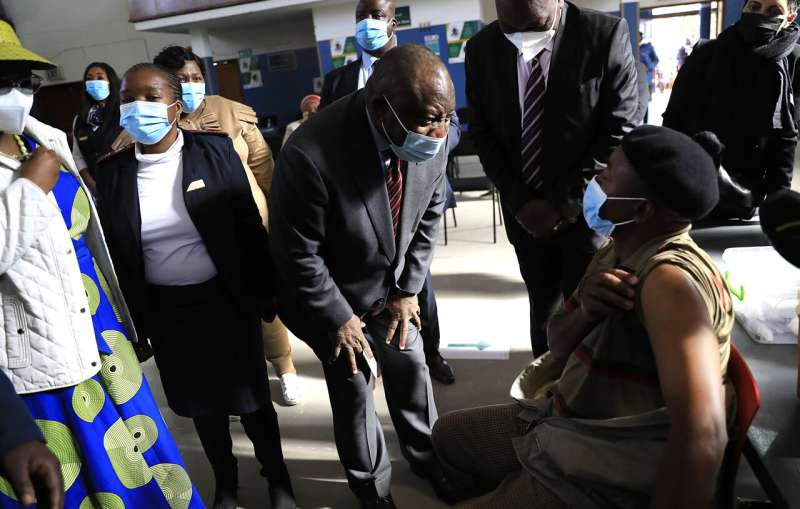 The cars lined up by the strikingly modern mosque and were guided to parking bays where the drivers soon got jabs.

The brisk pace at the Houghton mosque COVID-19 vaccination center is seeing 700 people per day getting shots and is expected to soon reach 1,000 a day.

“This is exciting! We’re vaccinating more people than we expected,” said Yaseen Theba, chairman of the Muslim Association of South Africa a day after the vaccination center opened last week. “We created this drive-thru site to accommodate as many people as possible, in a situation where they are comfortable. And it’s working! We’ll keep it going as long a people need to get vaccinated.”

Hitting its stride after a faltering start, South Africa’s mass vaccination drive gave jabs to 220,000 people a day last week and is accelerating toward the goal of 300,000 per day. With large deliveries of doses arriving and some vaccines being assembled here, South Africa appears on track to inoculate about 35 million of its 60 million people by the end of the year and 40 million by February.

More than 7.7 million South Africans have received at least one dose, with more than 100,000 fully vaccinated, representing 1.6% of the population, according to official figures. Across Africa, less than 1.5% of the continent’s 1.3 billion people have been fully vaccinated, according to the Africa Centers for Disease Control and Prevention. 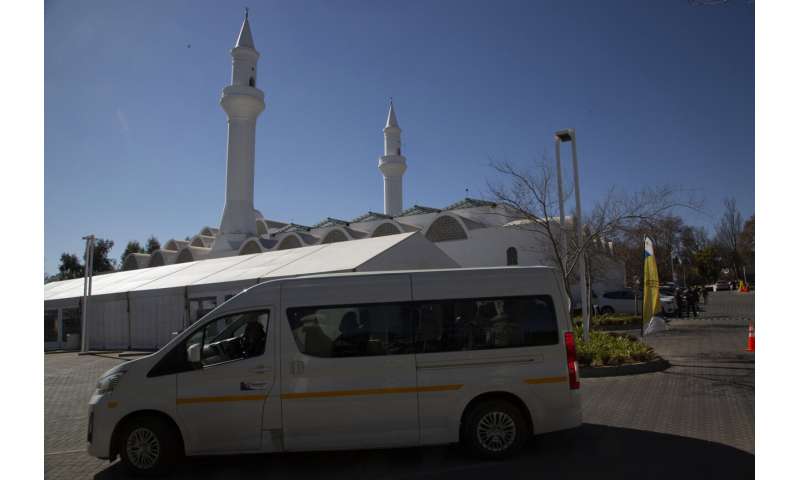 After starting with just a dozen vaccination sites, South Africa now has more than 3,000 including government and private hospitals, pharmacies, mines, factories, churches and mosques.

South Africa now appears to have an adequate supply of doses. More than 5.7 million doses of the Pfizer/BioNTech vaccine have arrived this week from the U.S., part of President Joe Biden’s distribution of more than 110 million surplus doses to more than 60 countries. South Africa has also purchased more than 40 million Pfizer/BioNTech doses, which are being delivered in regular shipments, and 30 million Johnson & Johnson doses.

Another encouraging factor is the enthusiasm for the vaccines. More than 70% of South Africans say they are eager to get vaccines while just 10% say they are opposed, according to surveys. 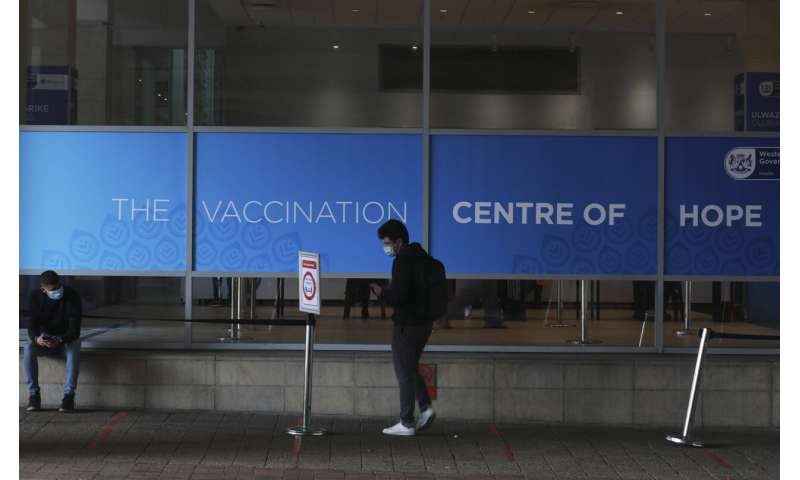 South Africa has shouldered by far the largest burden of COVID-19 in Africa, with more than 35% of the cases reported by all of the continent’s 54 countries, although its population is just 4.6% of the continent’s total. More than 72,000 South Africans have died of COVID-19 according to official records, but statistics indicate it’s likely that nearly three times that number have actually died.

South Africa is currently the only country in Africa to be able to manufacture COVID-19 vaccines. Its dependence on imported vaccines is set to decline.

A local firm, Aspen Pharmacare, is assembling the J&J vaccines from large batches of the ingredients and putting them into vials, a process called fill and finish. The factory in Gqeberha can produce more than 200 million J&J doses which will be distributed across the continent. 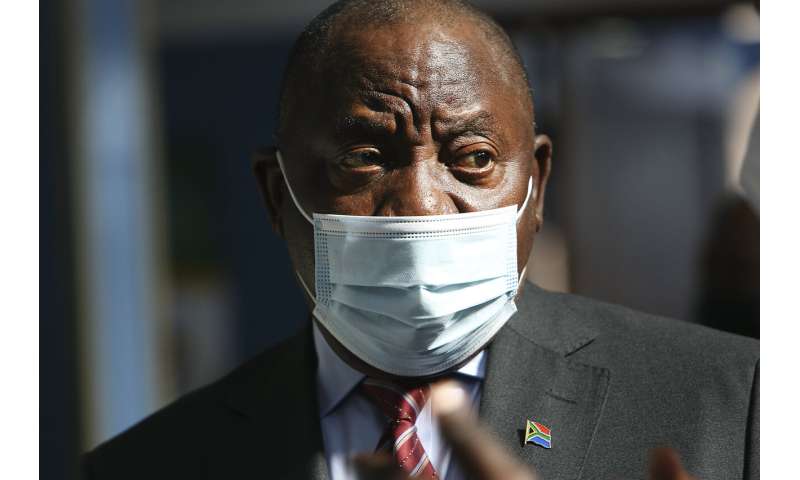 Pfizer has announced that the Biovac Institute in Cape Town will assemble its COVID-19 vaccines in the same fill and finish procedure. Both Pfizer and J&J have agreed that eventually the South African production facilities will be able to manufacture the vaccines from scratch.

The most recent surge of infections, driven by the delta variant, brought President Cyril Ramaphosa to tighten restrictions, including limiting the sales of liquor to Monday through Thursday, to reduce the number of people going to hospital emergency rooms after alcohol-related incidents. Ramaphosa recently visited vaccination sites in the capital, Pretoria, to encourage people to get jabbed.

“South Africa is slowly but steadily coming out of the third wave with a curve that is on a downward trajectory. The peak of the third wave was higher than the previous two peaks and a slightly more severe situation in terms of caseload,” said Mosa Moshabela, professor of public health at the University of KwaZulu-Natal. 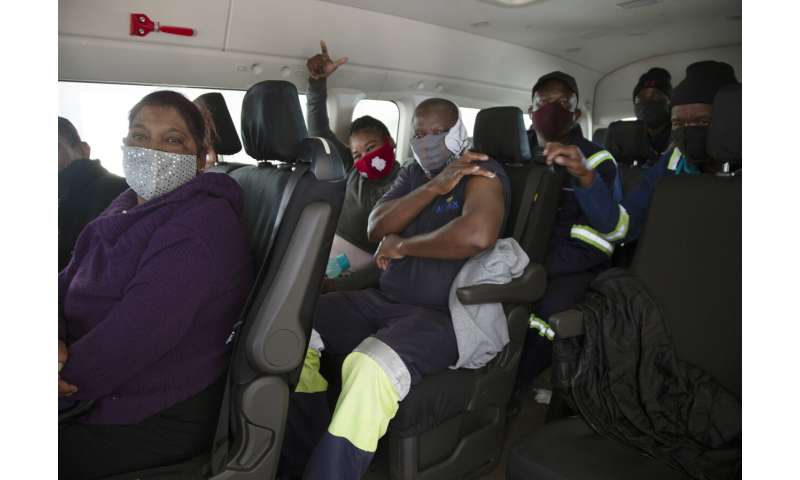 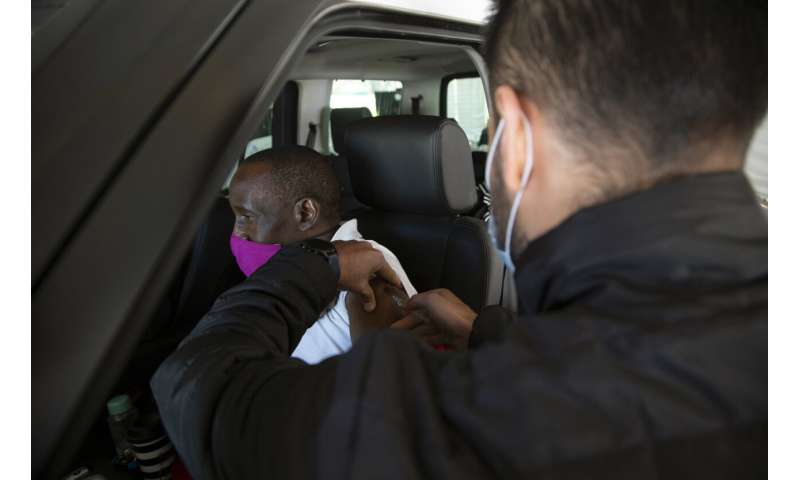 “Our vaccination drive is a source of pride in the current climate. It is building momentum,” said Moshabela. “We are beginning to see a lot of creative approaches to reach more people using workplace approaches, trying to get people in hard-to-reach areas.”

At the Johannesburg mosque’s drive-thru vaccine center, Tumi Sedumedi pulled into the waiting area after getting her J&J jab and bowed her head for a quiet moment of prayer.