Before I had my son, I would get sick twice a year and it was no big deal. Surprise, surprise: It’s a lot easier to avoid the common cold when you don’t have a germy toddler coughing in your mouth. Nowadays, little stands between a hot new virus and me, and as such, drinking Emergen-C and obsessive hand washing have become my weapons of choice.

Each time I mix the effervescent orange powder into my water (I prefer it to the chewables or gummies), I’m filled with a glass-half-full kind of attitude. Emergen-C makes me feel proactive—not to mention efficient. I would never dream of consuming 10 oranges in a single day, and yet that’s apparently the amount of vitamin C in *one* packet of Emergen-C. 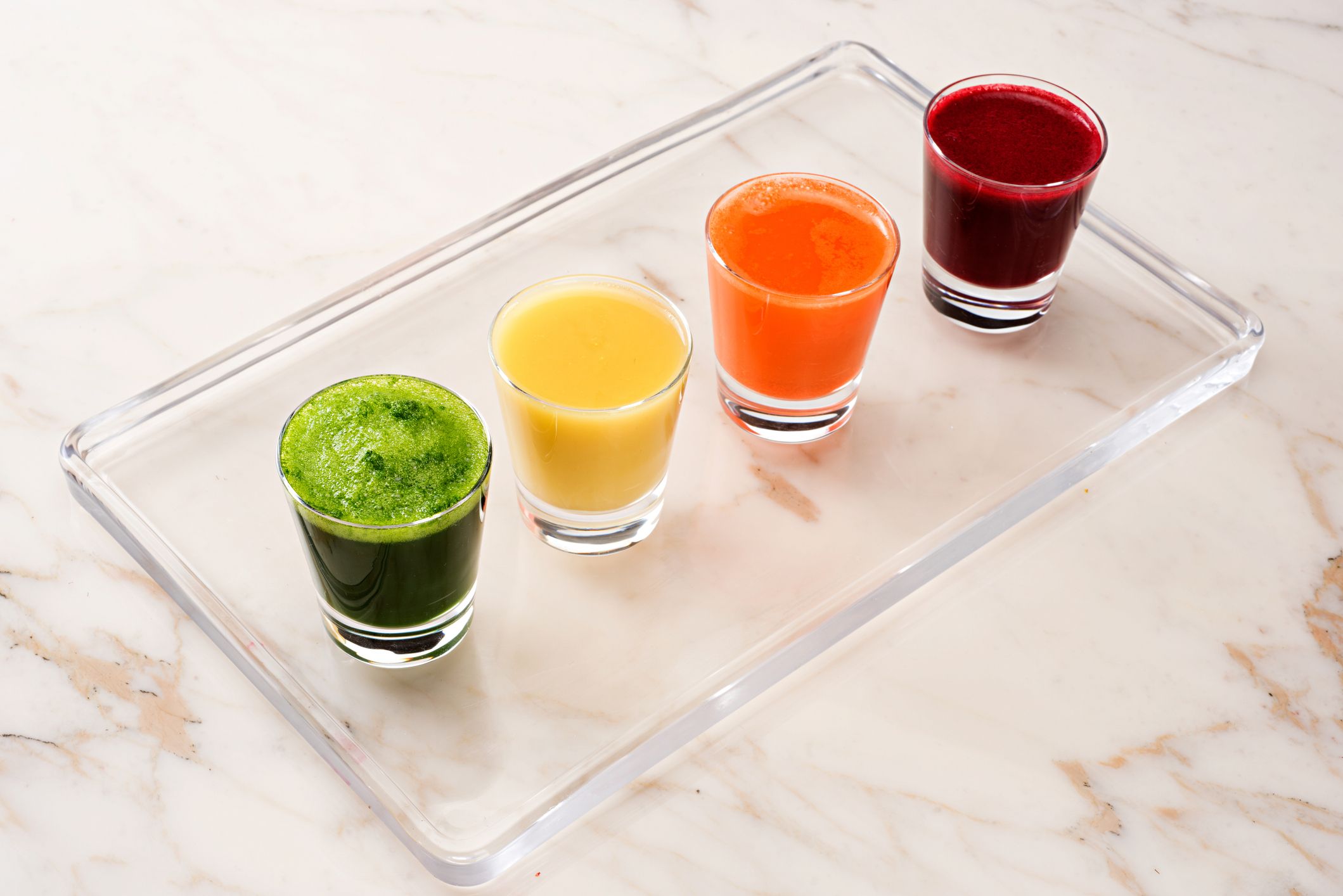 In addition to containing 1,000 milligrams of vitamin C (the recommended daily dose for adults is anywhere from 75 to 90 milligrams, according to the National Institutes of Health), the supplement is full of B vitamins and antioxidants which the brand’s website claims support the immune system while enhancing energy levels. But can Emergen-C really keep sickness at bay? Or is it just another case of clever marketing forces at work?

First, let’s look at the ingredients in Emergen-C.

The main ingredients advertised in Emergen-C and many immune-boosting supplements are vitamin C and zinc. What I believed was the obvious draw with Emergen-C (or any immune booster like this kind, including Airborne, or Nuun immunity tablets) was the vitamin C for cold prevention. But while vitamin C has the reputation of being a savior if you’re getting or already have a cold, there isn’t actually much scientific evidence to back either of those claims up. 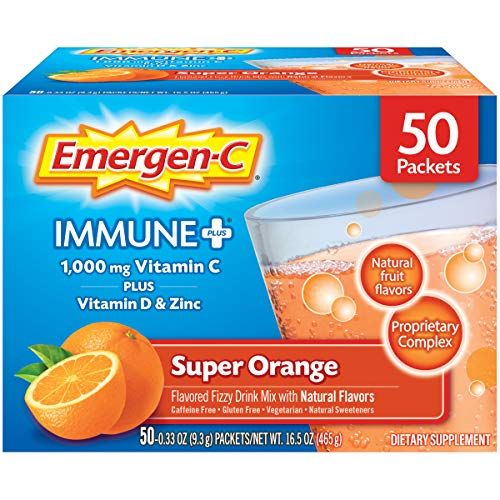 It’s true that vitamins, including vitamin C, are crucial for our daily functioning and are healthy to consume. But if you already have a cold, it won’t actually help shorten the duration of a cold very much (no cure exists for the common cold!)—maybe a day, tops, according to Harvard Health.

“Emergen-C is a vitamin C supplement, and there’s no evidence that it benefits people with the cold or influenza or [that it] affects your propensity to get the cold or the flu,” says Amesh Adalja, MD, an infectious disease physician and a senior scholar at the Johns Hopkins Center for Health Security.

Dr. Adalja adds that it’s misguided to think that vitamin C is a panacea for respiratory viruses. Supplements aren’t evaluated by the FDA, and he worries that if people depend too much on vitamin C supplements or believe they will cure a cold or flu, it could steer people away from the number one preventive measure: the flu vaccine.

What about the other biggie ingredient zinc, you’re wondering? “Study results are mixed, but the short answer is that zinc probably doesn’t prevent or treat a cold,” Tina Ardon, MD, a family medicine doctor at Mayo Clinic in Jacksonville, Florida, previously told WH. There’s very limited evidence that zinc may help shorten a cold but only by a day or so as well, and you have to start taking it right at the onset of symptoms. 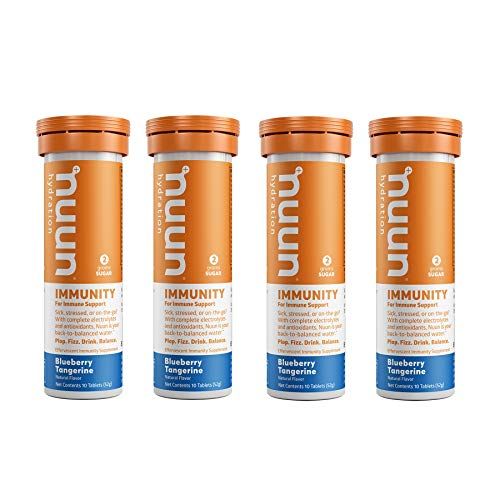 Unfortunately, there’s no vaccine or magic fix for the common cold because it’s caused by a host of viruses. Practicing good hygiene and getting ample sleep are your best bets to kick a cold—and even then there are no guarantees, according to Dr. Adalja. Once you’re sick, however, there are over-the-counter medications like Dayquil and Nyquil that can help mediate your symptoms, he points out.

That doesn’t mean you have to stop taking vitamin C or other immune boosters if you enjoy the ritual of it, though.

Most Americans are vitamin C replete, meaning they’re already well-supplied with it for the most part via their diet, “so giving them extra vitamin C isn’t going to have any benefits,” explains Dr. Adalja. Vitamin C is water-soluble, so excess of the vitamin doesn’t get stored in the body and will be flushed out via your pee. This means that you won’t harm yourself by taking more vitamin C than you need. 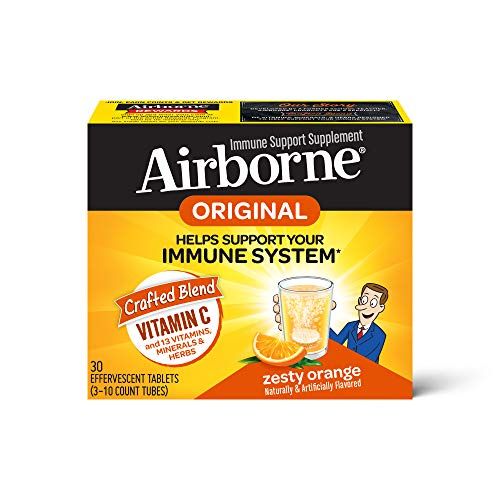 Indeed, the only time he would promote the use of a vitamin C supplement for the average American is if they ate hardly any fruits or veggies and were at risk of becoming deficient in a key vitamin (and you’d really only know this for sure via a workup from your doctor).

But on the fizzy orange bright side: Dr. Adalja says there’s no harm in taking Emergen-C or other vitamin C/immunity supplements. Although supplements in general are not regulated by the FDA, as mentioned, so-called immune-boosting supplements with these ingredients generally don’t come with side effects. The caveat: If you overdo it on zinc in particular, it may lead to anemia or nervous-system damage, WH reported previously. So be sure to stick to the recommended serving size for these cold supps.

Ultimately, if it makes you happy to ingest a vitamin C immune-boosting supplement like Emergen-C and you feel like you’re doing something good for your body, you’re sticking to a serving size, and you’re still getting your flu vaccine each year, there’s no need to kick your habit. After all, there’s something to be said for adding a daily dose of optimism to your diet when you’re feeling under the weather.

Pour One Out for Ali Fedotowsky-Manno, Whose Son Just Pooped in a Resort Pool