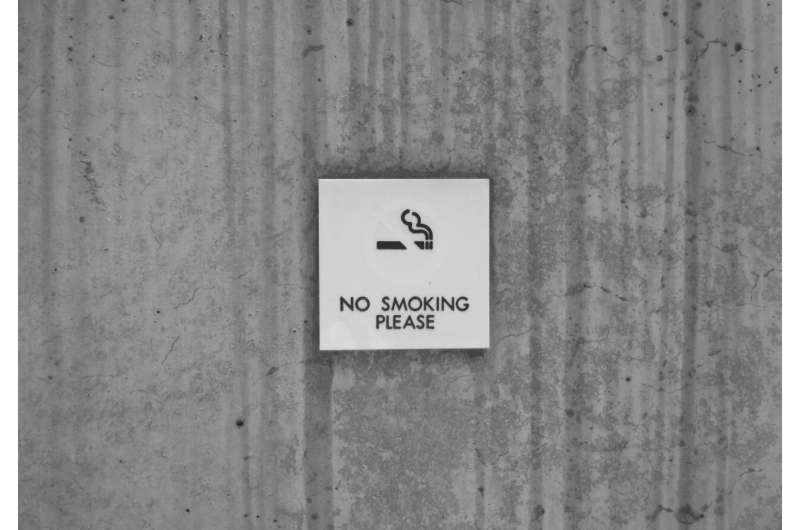 Staff on many psychiatric wards are ignoring hospital smoke-free policies, believing mental health service users will be more aggressive and violent if they are not allowed to smoke, a study from the University of Otago, Wellington, has found.

The researchers interviewed staff and service users at four acute mental health units across New Zealand. They found psychiatric wards to be overlooked corners where hospital smoke-free policies were being inconsistently applied or ignored.

Staff interviewed for the research were convinced that restricting smoking would lead to an increase in aggression and assaults from service users—despite these concerns not being borne out in practice. They also believed a stay in an acute mental health facility was not the best time for people to give up smoking.

For their part, mental health service users said smoking alleviated boredom and helped them feel calm in a distressing environment—with some starting to smoke and others increasing the amount they smoked after being admitted to a mental health unit.

Dr. Jenkin says despite commonly held beliefs that smoking had sedative and calming effects, it was not the best way of relieving stress. It also had an impact on the body’s uptake of many commonly used psychiatric medications, including olanzapine, clozapine, fluoxetine and fluvoxamine.

She says none of the people interviewed commented on the health risks of smoking.

“The sad truth is that adults using mental health services are twice as likely to die before the age of 65 than other New Zealanders, with most of these premature deaths attributable to cardiovascular disease, for which smoking is a major risk factor.”

An estimated 13.4 percent of adult New Zealanders smoke. Although smoking prevalence has declined substantially in recent decades (from 25 percent in 1996/97) it remains disproportionately high among people with mental illness, who are twice as likely to be smokers.

Dr. Jenkin says people with serious mental illness who smoke should be actively supported to quit.

“To fail to offer support to give up smoking to those with a serious mental illness is discriminatory and perpetuates the disproportionate health and socioeconomic burdens that are borne by those with mental illness.”

However, she notes the issue is a complex one, and trying to apply a blanket smoke-free policy in acute mental health units is unlikely to succeed.

Instead, she says, health providers need to develop bespoke smoking cessation programs. These could provide myth-busting education for staff and service users about smoking, local champions and strong managerial support and leadership, with additional resourcing during transition phases. As well, smoke-free policies in this space need consistent application, with non-judgemental access to Nicotine Replacement Therapy and potentially other treatments, and long-term follow-up and support.

Dr. Jenkin says the fact that many service users were smoking to alleviate boredom was an indictment of acute mental health units.

“Acute mental health care wards should provide therapeutic environments that promote recovery, with opportunities for connection, hope and optimism, identity work, and meaningful activity—as well as being places of safety and security.”

Dr. Jenkin says the Government’s recent commitment to invest in rebuilding and refurbishing adult acute mental health facilities meant there was an opportunity to address some of the issues identified.