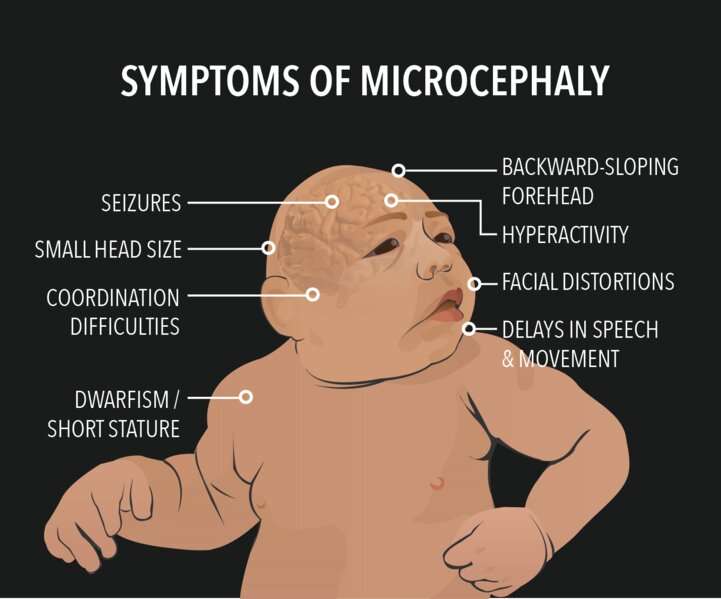 The birth of a human being requires billions of cell divisions to go from a fertilized egg to a baby. At each of these divisions, the genetic material of the mother cell duplicates itself to be equally distributed between the two new cells. In primary microcephaly, a rare but serious genetic disease, the ballet of cell division is dysregulated, preventing proper brain development. Scientists from the University of Geneva (UNIGE), in collaboration with Chinese scientists, have demonstrated how the mutation of a single protein, WDR62, prevents the proper formation of the cable network responsible for separating genetic material into two. As cell division is then slowed down, the brain does not have time to build itself completely. These results, to be read in the Journal of Cell Biology, shed new light on cell division, a phenomenon also involved in cancer development.

Cell division is an essential mechanism for the development of any new being. It is precisely regulated and requires coordination and control. To this end, cables called “microtubules” allow the genetic material packed in chromosomes to be distributed equally between the two daughter cells. “These microtubules continually assemble and disassemble to reach their proper size at any moment,” explains Patrick Meraldi, professor in the Department of Cell Physiology and Metabolism at UNIGE Faculty of medicine and coordinator of the Translational Research Center in Onco-hematology (CRTOH), who led this work. “To regulate their size, the cell uses a protein, katanin (from the Japanese katana for sword) in charge of cutting microtubules to the right length.”

A minor mutation with severe consequences

A mutation of any of the genes involved in cell division is enough to cause an abnormally small brain and serious neuronal problems, thus strongly limiting the autonomy of affected individuals. Primary microcephaly is often linked to consanguineous unions and affects between 1 in 30,000 and 1 in 250,000 people, depending on the region of the world.

But how can a single mutation have such serious consequences? And why, if the mutated gene is so important, is brain development the only to be affected? The first clues to answering these questions came a few years ago, when scientists discovered that the most frequently mutated gene in microcephaly, ASPM, is involved in the location and function of katanin, the molecular sword responsible for cutting microtubules. “But was this the core mechanism of microcephaly or just specific to this mutation?” asked Amanda Guerreiro, postdoctoral fellow in Patrick Meraldi’s laboratory and first author of the study.

In vitro experiments with cell lines revealed that the second most common gene involved in microcephaly, WDR62 was, like ASPM, required for the localisation and function of katanin. Similarly, scientists observed that if katanin is not in the right place at the right time, microtubules become too long. As space is limited, they are under compression and become S-shaped rather than straight and tensed. Consequently, when microtubules have to pull chromosomes to distribute them evenly in the two new cells, tension is not strong enough and some chromosomes lag behind others. A slight dysregulation in the mechanics of cell division is enough to slow down the distribution of chromosomes. Since this delay is considered by cells to be a serious failure, many will die. The death of too many cells would then result in the abnormally small size of the brain of people with primary microcephaly.