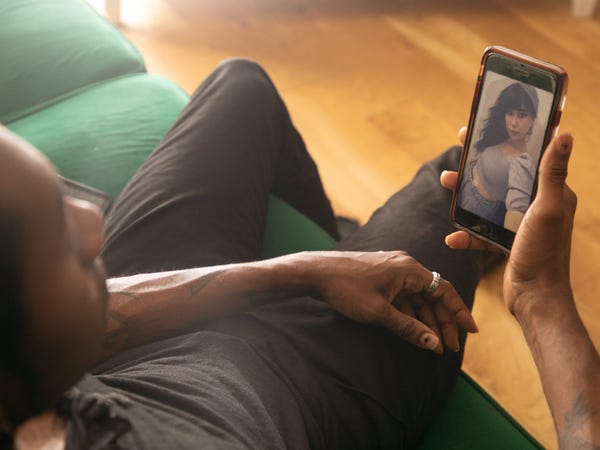 If you're turned off by dating apps because you're afraid to be ghosted by a prospective match, now could be the perfect time for you to reinstate your dating profile.

According to new data from Hinge, which bills itself as a dating app meant to be deleted, users are ghosting, or cutting off all communication with no explanation, their matches less than they were before the coronavirus pandemic.

After surveying Hinge users about their pandemic dating app habits, Hinge researchers found 27% of users reported ghosting less often than they did before the pandemic.

Before the pandemic, 63% of the surveyed singles admitted to ghosting a match, and said it was their top gripe with the dating app.

This statistic is promising, considering Hinge dates, both in-person or through video chat, increased by 17% from August 2019 to August 2020.

The uptick in dates and decrease in ghosting could be a sign singles are longing for companionship during this isolating time.

"In wider periods of societal unrest, couples often pull together," therapist Peter Saddington said in a June Relate and eHarmony "Relationships in Lockdown" report. "The combination of more time spent together, heightened anxiety levels and the removal of common routines – like seeing friends – is an intense mix."

And despite social-distancing guidelines, singles are banding together online to find connection.

Facebook groups geared towards singles with specific values or interests, like CoronaCrush (which has 11,793 members) and MeetJew University Dating (38,884 members), have cropped up, Insider previously reported.

Additionally, dating apps like Bumble and Hinge have pivoted their apps to make way for pandemic-friendly dating.

Bumble now allows US singles to match with anyone in the country, rather than in close proximity, to foster longer-distance bonds. And Hinge rolled out an in-app video dating program so singles can keep their love lives buzzing without compromising their health.