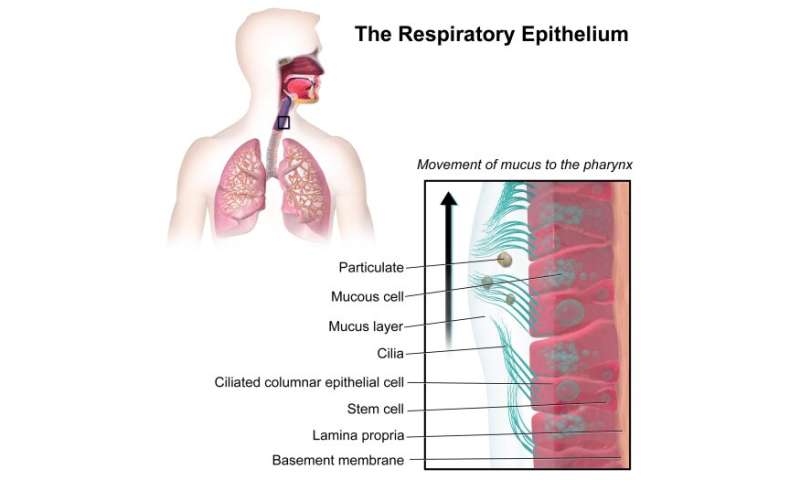 Scientists at the Yale School of Medicine (YSM) are using single-cell RNA sequencing to learn how SARS-CoV-2 interacts with a host cell. The two senior authors David van Dijk, Ph.D., an assistant professor of medicine in the Section of Cardiovascular Medicine and Computer Science, and Craig Wilen, MD, Ph.D., an assistant professor of Laboratory Medicine and of Immunobiology, utilized single-cell RNA sequencing of infected human bronchial epithelial cells (HBECs) to determine how the virus infects and alters healthy cells.

In the study, published on the bioRxiv pre-print server, the authors identified ciliated cells as the major target of SARS-CoV-2 infection. The bronchial epithelium acts as a protective barrier against allergens and pathogens. Cilia removes mucus and other particles from the respiratory tract. Their findings offer insight into how the virus causes disease.

Wilen and post-doctoral associate Mia Alfajaro, Ph.D., infected HBECs in an air-liquid interface with SARS-CoV-2. Over three days, they used single-cell RNA sequencing to identify signatures of infection dynamics such as the number of infected cells across cell types, and whether SARS-CoV-2 activated an immune response in infected cells. Van Dijk, who specializes in single-cell technologies, utilized advanced algorithms to develop working hypotheses.

“Machine learning allows us to generate hypotheses. It’s a different way of doing science. We go in with as few hypotheses as possible. Measure everything we can measure, and the algorithms present the hypothesis to us,” he said.

The researchers collaborated with Tamas Horvath, Ph.D., and Klara Szigeti-Buck to use electron microscopy to learn about the structural basis of the virus and target cells. These observations provide insights about host-virus interaction to measure SARS-CoV-2 cell tropism, or the ability of the virus to infect different cell types, as identified by the algorithms. After three days, thousands of cultured cells became infected. The authors analyzed data from the infected cells along with neighboring bystander cells. They observed ciliated cells were 83% of the infected cells. These cells were the first and primary source of infection throughout the study. The virus also targeted other epithelial cell types including basal and club cells. The goblet, neuroendocrine, tuft cells, and ionocytes were less likely to become infected. 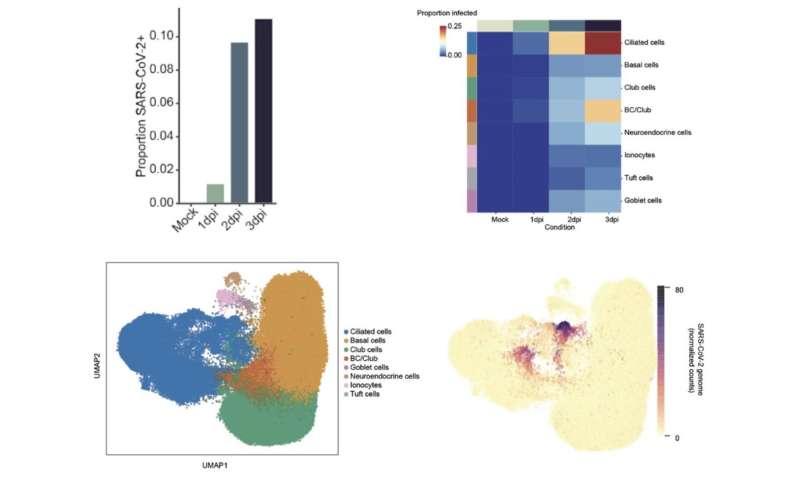 The gene signatures revealed an innate immune response associated with a protein called Interleukin 6 (IL-6). The analysis also showed a shift in the polyadenylated viral transcripts. Lastly, the (uninfected) bystander cells also showed an immune response, likely due to signals from the infected cells. Pulling from tens of thousands of genes, the algorithms locate the genetic differences between infected and non-infected cells.