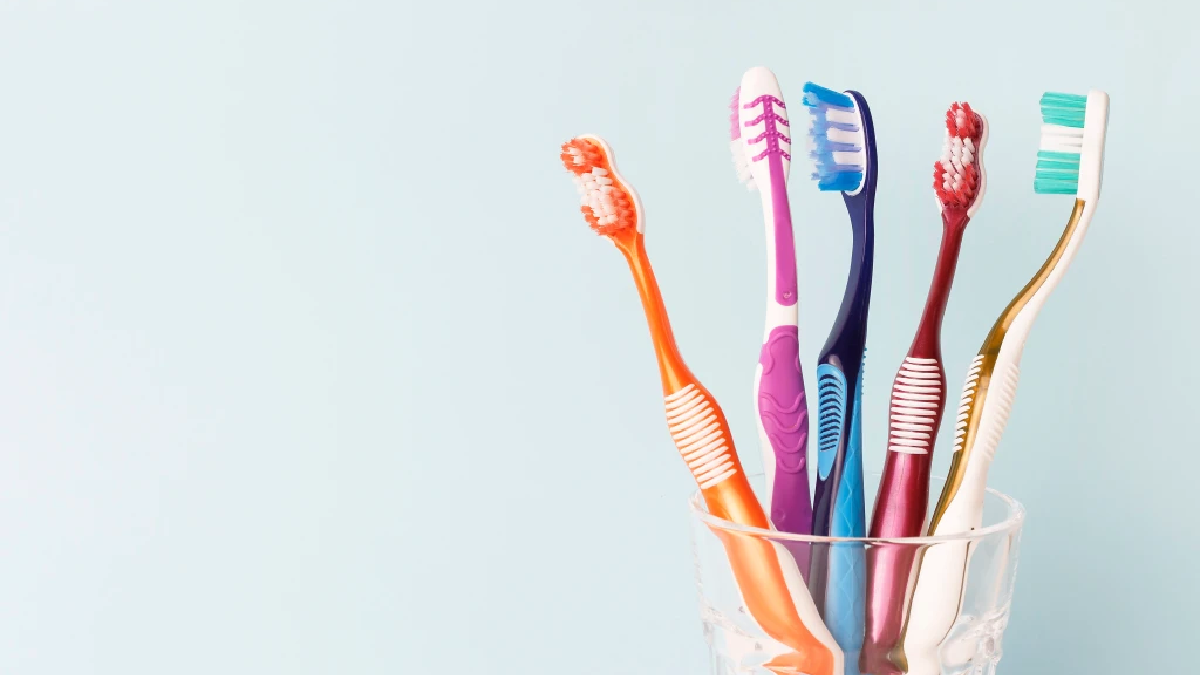 We’ve all been caught without a toothbrush.

Normally, it’s when we are staying at a friend or partner’s house, or following a hook-up.

And these brush-less scenarios can make us question the best way to proceed: do you use toothpaste on a finger? Or simply borrow your mate’s brush?

Holly Willoughby recently made headlines after revealing she once used Ruth Langsford’s toothbrush after being caught in ‘desperate need’ of one backstage.

Experts say it’s a firm ‘no’ on this one – for a whole host of health reasons.

Firstly, Sonia Khan, a senior pharmacist at Medine Direct, points out that bacteria can be transferred from one person to another.

She says: ‘It is never a good idea to share a toothbrush with somebody else. Toothbrushes are a breeding ground for bacteria, which is why you should always rinse them off both before and after using them.

‘They contain a harmful bacteria called streptococcus mutants, which can cause tooth decay and MRSA.

‘The rather disgusting truth about sharing toothbrushes is that it also means that food particles can also be transferred from one person’s mouth to another.

‘This means that whatever your sharer’s last meal was, you could be sharing the trapped leftovers by using the same toothbrush as them.

Similarly Dr Theo Sioutis, a dental director at MyHealthcare Clinic, agrees that sharing a toothbrush is not advised, because of the bacteria and viruses present in the mouth and body.

While some bacteria are harmless – others are not.

He says: ‘We have plenty of bacteria in our mouths and these will often be exchanged through saliva as well.

‘Many of these bacteria are relatively harmless but others may cause severe gum infections.

‘Furthermore, bleeding while brushing will expose the toothbrush to blood borne viruses and pathogens. These could cause a simple cold sore, flu or worse Covid and even severe disease such as Hepatitis B.’

However, despite a lot of misinformation out there, experts stress that HIV cannot be passed on by sharing toothbrushes.

Richard Angell, a campaigns director at the Terrence Higgins Trust, says: ‘Sharing a toothbrush is not a route of HIV transmission.

‘HIV can’t be passed on through saliva, through kissing, through sharing utensils or cups, or any other day-to-day contact. If someone doesn’t want to share a toothbrush then that’s absolutely fine – but fears around HIV aren’t valid.

‘Persistent myths like this about HIV transmission only serve to perpetuate the stigma and discrimination faced by people living with HIV.’

Adding to this, Nathan Sparling of HIV Scotland previously told PinkNews: ‘Even in blood, HIV is a very fragile virus which does not survive for long at all once outside the body.

‘Therefore, any risk associated with, for example, bleeding gums, is entirely negligible.’