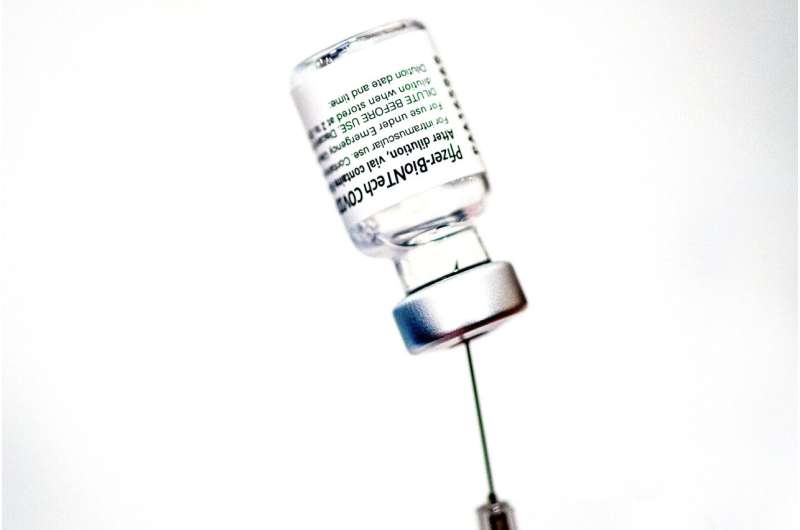 The refrain of “get your shots” has picked up again.

Even before news of confirmed cases of omicron in the U.S. broke, federal public health officials and President Joe Biden implored people to get coronavirus vaccines and booster shots to protect themselves and others against infection.

And yet, we keep hearing that the omicron variant bears some concerning mutations that might help the virus evade vaccine protections, but that we don’t know for sure yet. So why are public health experts still recommending vaccinations with the same shots that existed before omicron?

“It won’t be a zero to 100 type scenario where we had really great protection with [the] delta [variant] but now we’re going to go completely on the other side,” says Mansoor Amiji, university distinguished professor of pharmaceutical sciences and chemical engineering at Northeastern.

Rather, he says, the immunity generated by the existing vaccines might be reduced in efficacy against the omicron variant, but will likely still give us some protection. We just might need more of it than before.

That’s because there are two ways to strengthen your immunity: Make antibodies that are better at identifying and attacking the virus, or make more of them.

To understand how that works in your body, it’s probably best to start with how the coronavirus infects a person.

When particles of the virus enter through the nose or mouth, their objective is to bind to receptors on the surface of cells in the upper respiratory tract. The way that the virus binds to those cells is through what Amiji describes as a “lock and key mechanism.” Its spike protein is the key, and the receptors on the cells are the locks.

The vaccines are designed to train the immune system to block that binding from happening. A vaccinated immune system creates antibodies that essentially form fake “locks” and bind to the spike protein on the viruses to prevent it from entering the cells.

“As the spike is getting altered, there is this concern that that affinity, the glue that binds the antibody to the spike protein, will get weaker and weaker because you have a different structure now as opposed to when you developed the vaccines,” Amiji explains.

And if the antibodies aren’t as good at blocking the omicron variant’s “key” from getting into our cells “locks,” we might see more so-called breakthrough infections.

But that doesn’t mean all will be lost, Amiji says. “The spike protein is a big protein,” he says. Even with many more mutations in that protein of the omicron variant, it’s still largely the same as the original.

Sure, the antibodies may not be quite so adept at identifying and latching onto the spike protein of omicron as the original version of the virus, but they likely still can much of the time. And, Amiji says, a booster shot could potentially even the odds.

A booster shot would prompt the immune system to make more antibodies to fight any invading coronavirus, he explains. The idea would be that, even if those antibodies aren’t as good at targeting a specific variant, it would become a numbers game. The more antibodies in your body, the more chances they could counter all the viral particles and stop them from infecting your cells.

There’s another piece of the puzzle, too. Antibodies don’t just block a virus from binding to your cells by impeding its mechanism of latching on. If there’s enough of them, they can also create a barrier through which the virus can’t infect your cells, Amiji says.

“If you get a lot of these antibodies to coat the virus, and they create a sufficient density around the virus, then that also protects us,” he says.

Another factor: How much virus you’re exposed to. The more virus in your system that the antibodies have to counter and neutralize, the more antibodies you’ll need, Amiji says, adding that if you spend a long time in a crowded indoor place where someone is infected, you’re more likely to be exposed to a higher dose of virus.