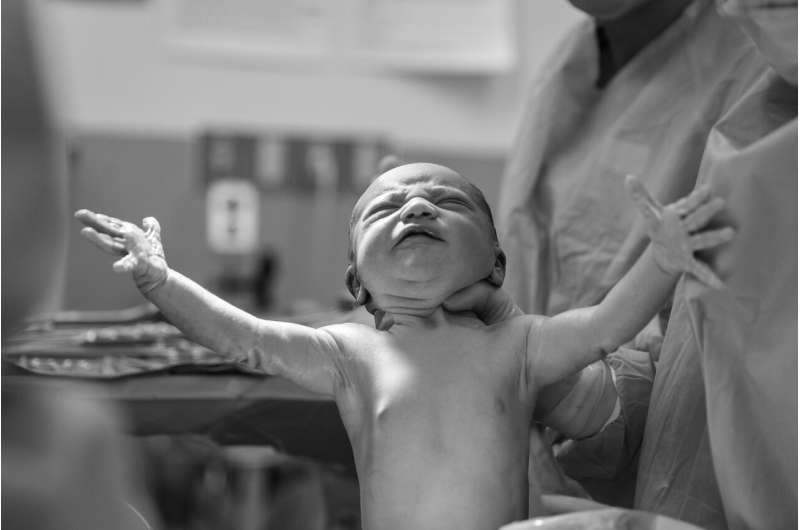 In a unique sample of 40 men and 40 women followed from the womb into their mid-forties, the brain imaging study showed that exposure during fetal development to inflammation-promoting natural substances called cytokines, produced by mothers under negative stress, results in sex-associated differences in how the adult brain responds to negative stressful situations more than 45 years after birth, reports Jill M. Goldstein, Ph.D., founder and executive director of the Innovation Center on Sex Differences in Medicine (ICON) at Massachusetts General Hospital (MGH) and her co-authors.

The findings are published in Proceedings of the National Academy of Sciences (PNAS).

“We know that there are developmental roots to major psychiatric disorders such as depression, schizophrenia and bipolar disorder, and we know that these roots begin in fetal development. We also know these disorders are associated with abnormalities in the brain circuitry that regulates stress—circuitry that is intimately tied to regulating our immune system,” says Goldstein, a professor of Psychiatry and Medicine at Harvard Medical School. “Given that the stress circuitry consists of regions that develop differently in the male and female brain during particular periods of gestation and they function differently across our lifespans, we hypothesized that dysregulation of this circuitry in prenatal development would have lasting differential impact on the male and female brain in people with these disorders. We were particularly interested in the role of the immune system, in which some abnormalities are shared across these disorders.”

Goldstein and colleagues used functional magnetic resonance imaging, which measures brain activity by showing differences in blood flow within and between different areas of the brain. The researchers found that exposure to pro-inflammatory cytokines in the womb was associated with sex differences in how areas of the brain are activated and communicate with one another under negative stressful conditions in midlife.

For example, they found that in both sexes, lower maternal levels of tumor necrosis factor-alpha (TNFα) a pro-inflammatory cytokine, were significantly associated with higher activity in the hypothalamus, a region of the brain that, among other functions, coordinates brain activity that regulates the release of stress hormones, like cortisol.

In women only, higher prenatal exposure to interleukin-6, another inflammatory cytokine, was associated with higher levels of activity in the hippocampus, a brain region important for inhibitory control of arousal.

Lastly, they found that the ratio between TNFα and the anti-inflammatory cytokine interleukin-10 was associated with sex-dependent effects on activity in the hypothalamus and its communication with the hippocampus, which provides inhibitory control of arousal in the hypothalamus under stress.