If there was ever a reason to campaign for flu vaccines, it was the voice of Daniel Foulds, widowered father of three, talking about the death of his wife, Jacinta.

Across Australia, the flu vaccine is free for those in vulnerable groups. The under-fives, the over-65s, Aboriginal and Torres Strait Islander people, pregnant women, particular medical conditions which increase the risk of complications from the flu. 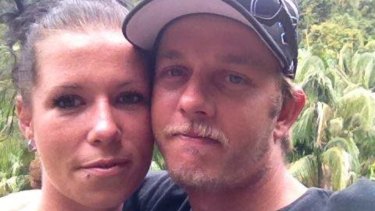 Jacinta Foulds wasn’t in any of the vulnerable categories. She was in her mid-thirties and Daniel described her as the toughest person he knew – on her feet and walking six hours after each of her three caesarean births. She died on Wednesday, a victim of this season’s flu outbreak.

Daniel Foulds gives us some insight into how people feel about the influenza vaccine. He said, in a heart-breaking interview with the ABC’s Baz Ruddick: “The flu shot. I always thought it was a load of crap. I know me and my three kids will be getting the flu shot forever.”

This is a devastating public health message – a sharp rebuttal to the anti-vaxxers, and it’s delivered by someone who knows the impact of flu. “It’s not a joke," he said.  "This stuff kills.”

So far this year, confirmed cases of influenza have killed about 400 Australians, the majority victims of Influenza A, according to the federal government’s Australian Influenza Surveillance Report. This number, of course, will grow over time because of the way reporting works in this country – following up causes of death takes time and I’m betting that in some cases, particularly the deaths of the elderly, some of it will be written off to old-age.

But it’s not just the deaths which have an impact. There is a remarkable rate of hospital bed take-up in FluCAN hospitals (the hospitals within the sentinel hospital-based influenza surveillance program), a hell of a lot of beds taken up by a disease which is, in some respects, preventable.

The federal government’s National Immunisation Program (NIP) funds the provision of seasonal influenza vaccines at no cost for the groups of people I mentioned. Arrangements for distribution are managed by states and territories. But it’s just those people in the vulnerable groups. We don’t know how good coverage is across Australia but we do know that altogether just more than 13 million seasonal flu vaccines have been released this year, including 7.7 million for those in the vulnerable groups. That’s a bit of a gap between that number and our population.

So what can we do to improve the take up of flu vaccines in Australia? You can’t make people have immunisations although I’d very much like to. One positive step we could take is to roll-out a flu vaccination scheme through our schools. It would have to be free, added to the national immunisation program and funded by the federal government. Schools already do an excellent job of organising vaccination schedules; they provide the venue and the relevant health departments provide the vaccine and staff. As one school principal said to me, “We’ve already got the kids lined up. We could just add another jab to the schedule.” Every year without fail, that would reduce the spread.

But I also like the advice of Paul Glasziou, professor of evidence-based practice at Bond University and formerly the director of the Centre for Evidence-Based Medicine at Oxford between 2003 and 2010. He says there’s clear evidence which shows flu declines when schools are closed.

“Schools are incubators for flu. We need methods to stop transmission in schools during epidemics with the reserve drastic strategy to close schools in severe epidemics,” says Glasziou.

Of course, we can fix our education programs around flu but that’s the go-to solution for life in general. It may, or may not, work although we did a damn good job on teaching people to use condoms to prevent the spread of sexually transmitted diseases. Also, educating people to understand that flu shots are not ''a load of crap'' would be the best thing we could do in the long term – but giving kids free vaccines is one way of restricting the spread.

Jenna Price is a regular columnist and an academic at the University of Technology Sydney.