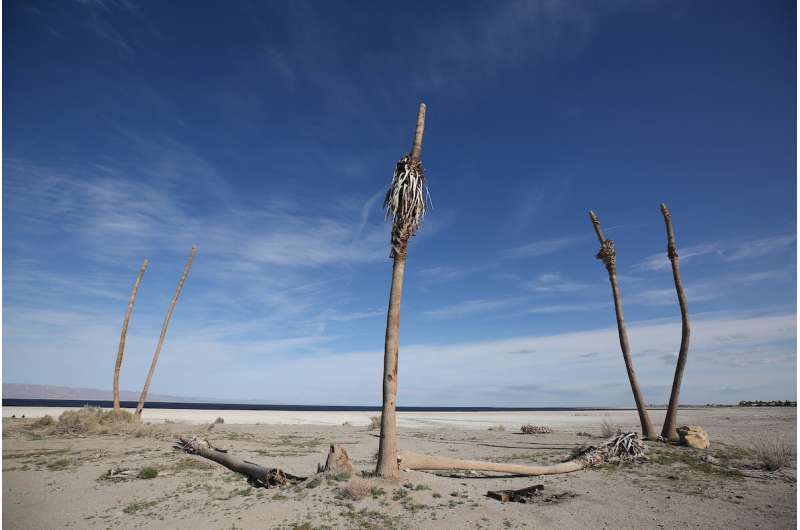 Scientists suspect, however, the Salton Sea plays an additional role in pulmonary health.

“Our work strongly suggests that soluble components in Salton Sea water promote a unique inflammation-associated response,” said Dr. David Lo, a distinguished professor of biomedical sciences at the UC Riverside School of Medicine, who led the study published in the journal Science of The Total Environment. “What relationship this response may have to asthma is not yet understood.”

The researchers found exposure to aerosolized Alternaria triggered a dramatic allergic inflammation in the lungs of the mice. Aerosolized Salton Sea water increased B cell activity in the lung tissue of the mice; B cells are immune cells that make antibodies to fight bacteria and viruses. In contrast, mice exposed to Pacific Ocean aerosol showed no lung response.

“What’s interesting is that the aerosolized Salton Sea triggered an inflammatory response in the lungs that is clearly distinct from the characteristic allergic inflammatory responses produced by Alternaria exposures,” said Lo, who directs UCR’s Bridging Regional Ecology, Aerosolized Toxins, & Health Effects Center, or BREATHE. “What we may surmise from this is that while Salton Sea spray may not be sufficient to generate asthma alone, it could play an important role in the progression to asthma or other inflammatory diseases. More research is clearly needed.” 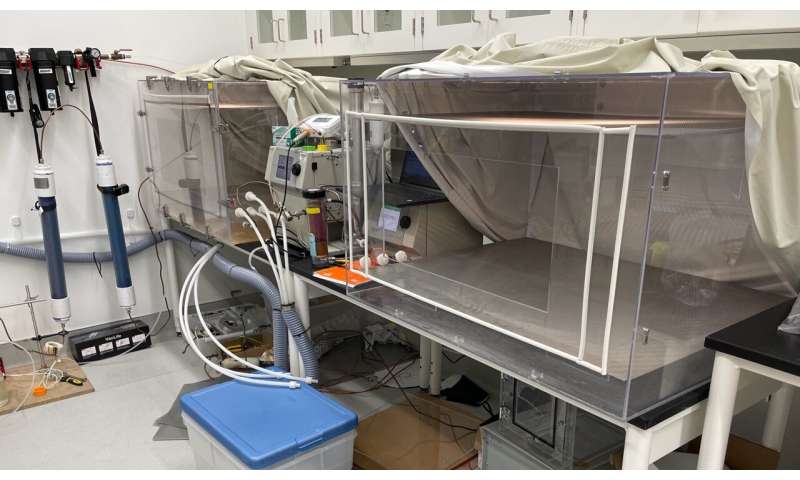 In recent years, the Salton Sea has increased in salinity and shrunk in size, generating toxic dust threatening the health of disadvantaged and vulnerable low-income communities living around the sea, many of whom are migrant workers. Primarily fed only by agricultural runoff and inflow of three rivers, the sea is rapidly retreating, which exposes the surrounding dry lakebed or “playa” and increases the levels of aerosol dust. Childhood asthma rates in the region around the Salton Sea are 20%-22.4%, higher than the state average of 14.5%.

Lo cautioned the current work did not test the biological effects of actual dust generated at the playa.

Lo’s group is already exploring whether the inflammatory response the researchers observed in mice serves as an aggravating factor, leading eventually to asthma; if the inflammatory response in the mice is identical to that seen in humans; and whether it’s a predisposing factor for people born and raised in the Salton Sea region. For those already predisposed to asthma, the researchers are planning to study whether the inflammation resulting from Salton Sea water aerosols worsens their health outcomes.

“We are only just getting started in answering these and other questions,” Lo said. “It’s so early in the process that we don’t even really know what disease we are looking at.”

The work was done in close collaboration with scientists at the Marlan and Rosemary Bourns College of Engineering’s Center for Environmental Research and Technology, or CE-CERT, and in partnership with members of the communities around the Salton Sea.