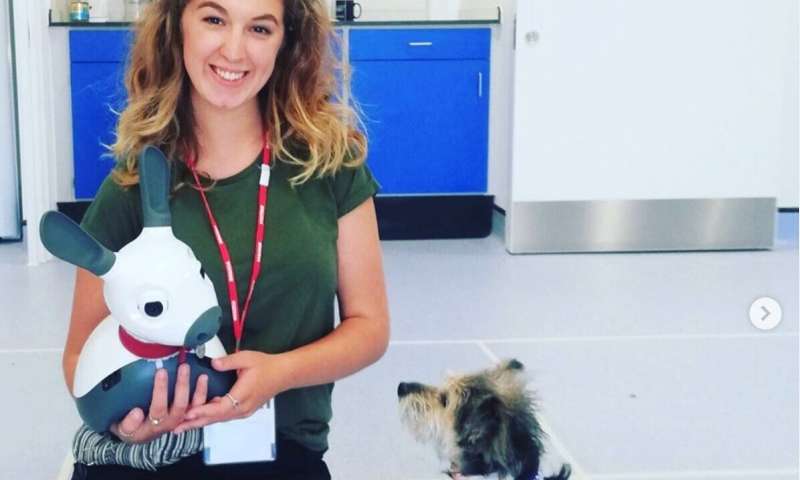 Robotic animals could be the ‘pawfect’ replacement for our real-life furry friends, a new study published today by the University of Portsmouth has found.

Animals, especially dogs, can have therapeutic benefits for children and young people. A new paper, published in The International Journal of Social Robotics, has found that the robotic animal, ‘MiRo-E’, can be just as effective and may even be a better alternative.

Dr. Leanne Proops from the Department of Psychology, who supervised the study said: “We know that real dogs can provide calming and enjoyable interactions for children—increasing their feelings of wellbeing, improving motivation and reducing stress.

“This preliminary study has found that biomimetic robots—robots that mimic animal behaviors—may be a suitable replacement in certain situations and there are some benefits to using them over a real dog.”

Dogs are the most commonly used animals for therapy because of their training potential and generally social nature. However, there are concerns about using them in a setting with children because of the risk of triggering allergies or transmitting disease, and some people do not like dogs, so may not be comfortable in the presence of a real therapy dog.

Olivia Barber, who owns a therapy dog herself, and is first author of the paper, said: “Although lots of people in schools and hospitals benefit greatly from receiving visits from a therapy dog, we have to be mindful of the welfare of the therapy dog. Visits can be stressful and incredibly tiring for therapy dogs, meaning that we should be exploring whether using a robotic animal is feasible.”

There are lots of positives to using a robotic animal over a therapy dog. They can be thoroughly cleaned and can work for longer periods of time. They can also be incredibly lifelike, mirroring the movements and behavior of a real animal, such as wagging their tails to show excitement, expressing “emotions” through sounds and color, turning their ears towards sounds and even going to sleep.

The researchers used real dogs and a biomimetic robot in a mainstream secondary school in West Sussex to interact with 34 children aged 11-12.

The two real-life therapy dogs were a three-year-old Jack Russell crossed with a Poodle and a 12-year-old Labrador-retriever from the charity Pets as Therapy. The robot was a MiRo-E biomimetic robot developed by Consequential Robotics. 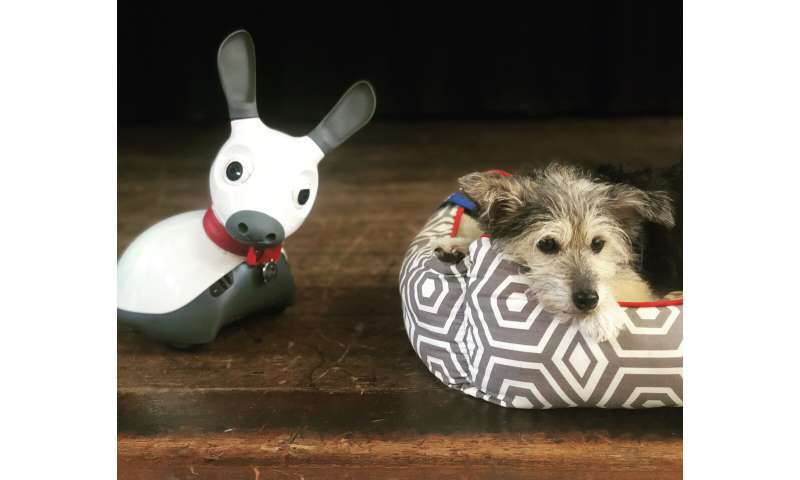 The children were asked to complete a questionnaire about their beliefs and attitudes towards dogs and robots, before they took part in two separate free-play sessions, one with a real-life dog and one with a robot.

The researchers found the children spent a similar amount of time stroking both the real-life dog and the robot, but they spent more time interacting with the robot.